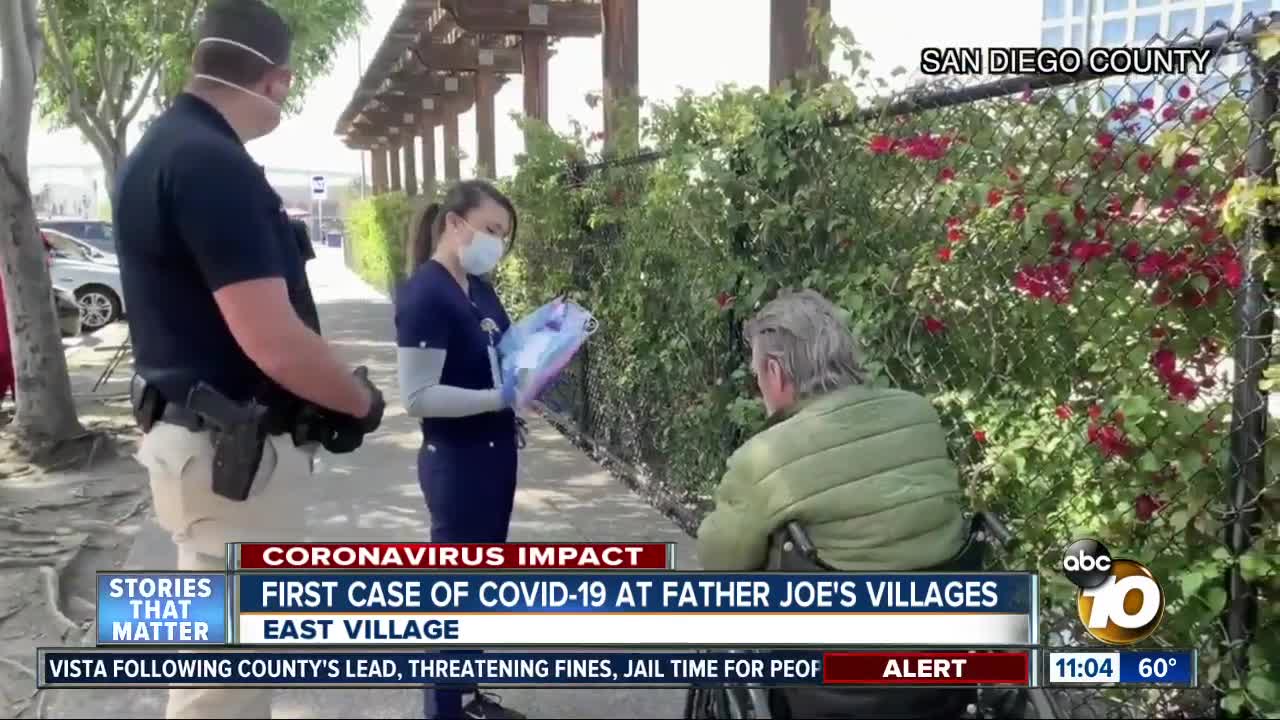 Deacon Jim Vargas, CEO of Father Joe’s, said a 65-year-old woman living in the Joan Kroc transitional housing complex in the East Village was tested on March 31 after showing symptoms.

The result came back positive on April 2.

39 other residents at the Father Joe’s campus have been tested.

25 tests came back negative but they were still waiting for 14 more as of Friday evening.

The woman who tested positive was living with two other women, who have now been told to quarantine in their room, said Vargas.

The 14 others awaiting results have been moved to a motel.

Vargas said they are still in the process of moving everyone in their shelters to Golden Hall and the Convention Center, which have been set up as temporary shelters by the city.

The shelter space at Father Joe’s, which can normally hold 350 people, will then be used to house up to 175 people over 65 or with pre-existing conditions.

Vargas said they have also secured motel rooms for 55 families.

According to the county, they are not keeping track of whether someone is homeless in the testing data for COVID-19 patients, so it’s unclear how many of the county's positive cases have been homeless.