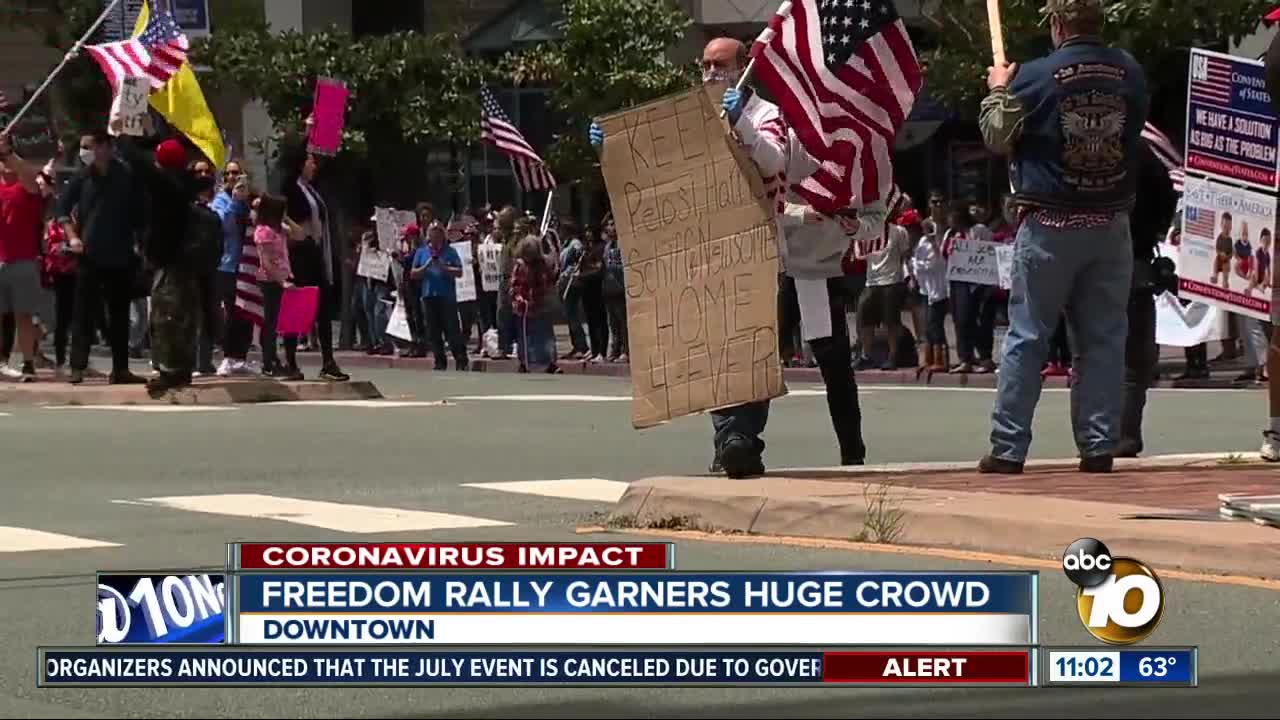 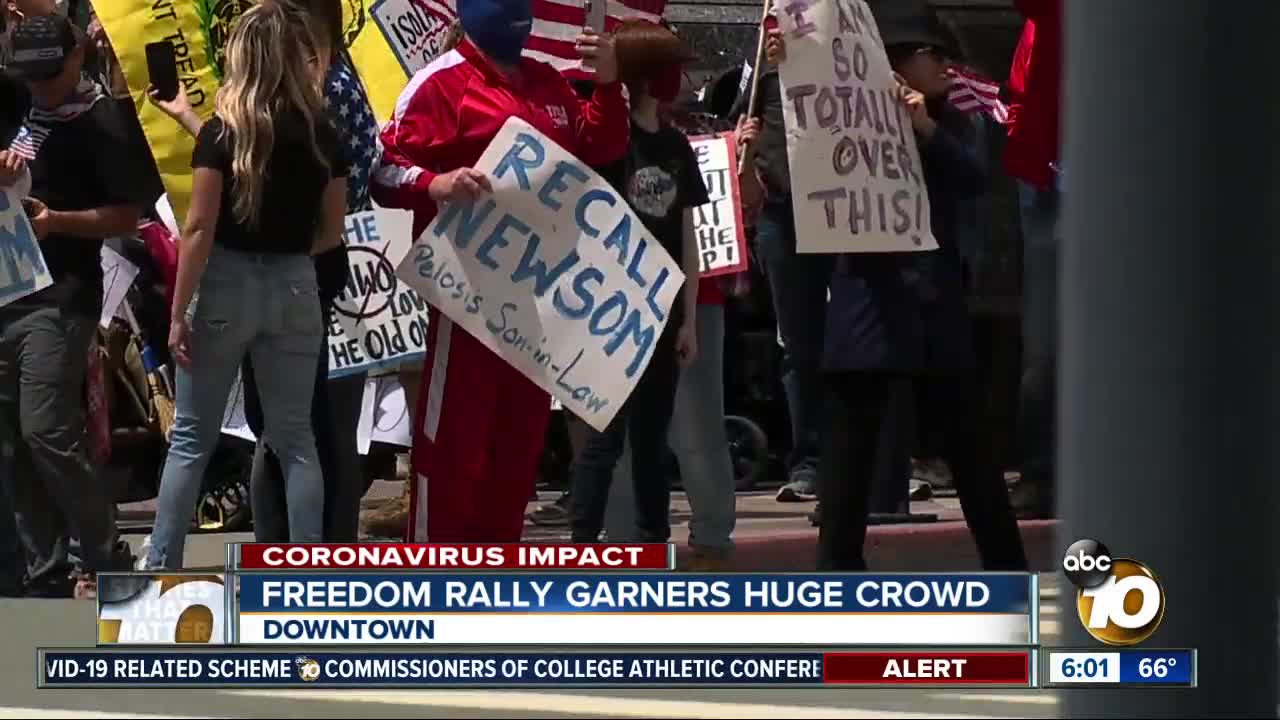 SAN DIEGO (KGTV) - Dozens gathered downtown in front of the Hall of Justice Saturday afternoon expressing their frustration with the stay home order.

Some wore masks, many ignored social distancing guidelines while they yelled, "all jobs are essential."

Some protesters came in their cars and circled the block honking their horns and holding signs reading "Freedom" and "Our right to choose."

One protester said "please we're dying here, get us back to work. Poverty kills. Emotional problems kill. I mean I have a young daughter and she's devastated by this. She doesn't know what to believe. They think it's the end of the world."

She added, "I'm probably going to lose half of everything I have, that I've spent my whole career and life building and that's not fair, let's get back to work."

Her point, "our goal was to flatten the curve, we've done that, now let's get back to work."

California Governor Gavin Newsom addressed these concerns during a press conference Saturday, "we've certainly flattened the curve, the question is when are we going to see a decline on a consistent basis."

Newsom said Californians are still in danger, "tragically last night we lost another 87 human beings... It's just a reminder that none of us are immune to this disease."

The protester said it's part of nature, "it's going to go through the community and it's going to do what it's going to do. All viruses and flus impact people who are unhealthy inordinately, it's not fair it's just the facts of life."

San Diego Police chose not to use force to break up the rally.

They also did not issue any tickets.

The department said to 10News they're working to balance the public's need to vent frustration with enforcing the stay home order.

They did ask the public to think about the danger they are placing themselves, their families and police officers in during the pandemic.

Newsom agreed, saying "even if you care bout other strangers, you care about your loved ones when you come home from one of these rallies, be healthy be safe."

He said if Californians aren't safe there will be serious consequences.