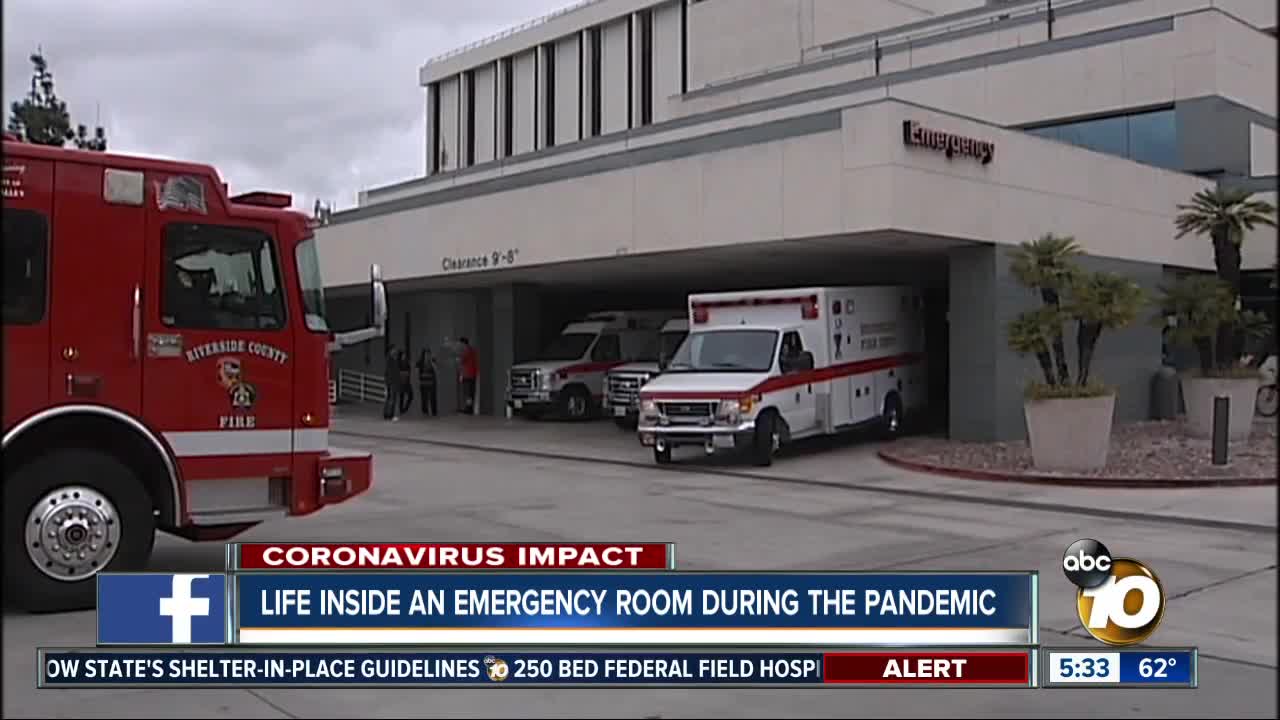 SAN DIEGO (KGTV) - In a 10News exclusive interview, we’re hearing from the head of the emergency rooms for Palomar Health about how life in the ER has dramatically changed with the virus.

“I think what's different here is all the unknowns that we're challenged with,” says Dr. Allan Hansen, Director of the Emergency Rooms at both Palomar’s Escondido Hospital and Poway Hospital.

“It’s definitely a different place than it has been in the past,” he tells 10News.

As of this Tuesday morning, he and his staff have so far tested 1,141 patients. A total of 86 have had positive results for COVID-19.

He says rapid testing started last Friday. “This allows a test to be turned around basically between six to 24 hours and before we were using outside labs where the turnaround was several days,” he adds.

“Do you worry about your own risk of contracting the virus?” we ask. “I think that's on the minds of all of the emergency providers and certainly there are procedures that put us at a higher risk such as putting someone on a ventilator,” he explains.

He says coronavirus triage tents have been set up outside of both locations and staff have been given full personal protective gear. “We want to protect our patients and we want to protect our staff and so we really do have to prepare such that anybody could have the infection,” he says, adding, “We've also done lots of different adjustments to convert rooms into negative pressure rooms to help protect our patients and our staff.”

Dr. Hansen says patient volume is down right now, likely because the community isn't going to the ERs for illnesses that don't require that level of care. However, he tells 10News that his emergency rooms are preparing for a possible surge in COVID-19 patients that could come at any moment.