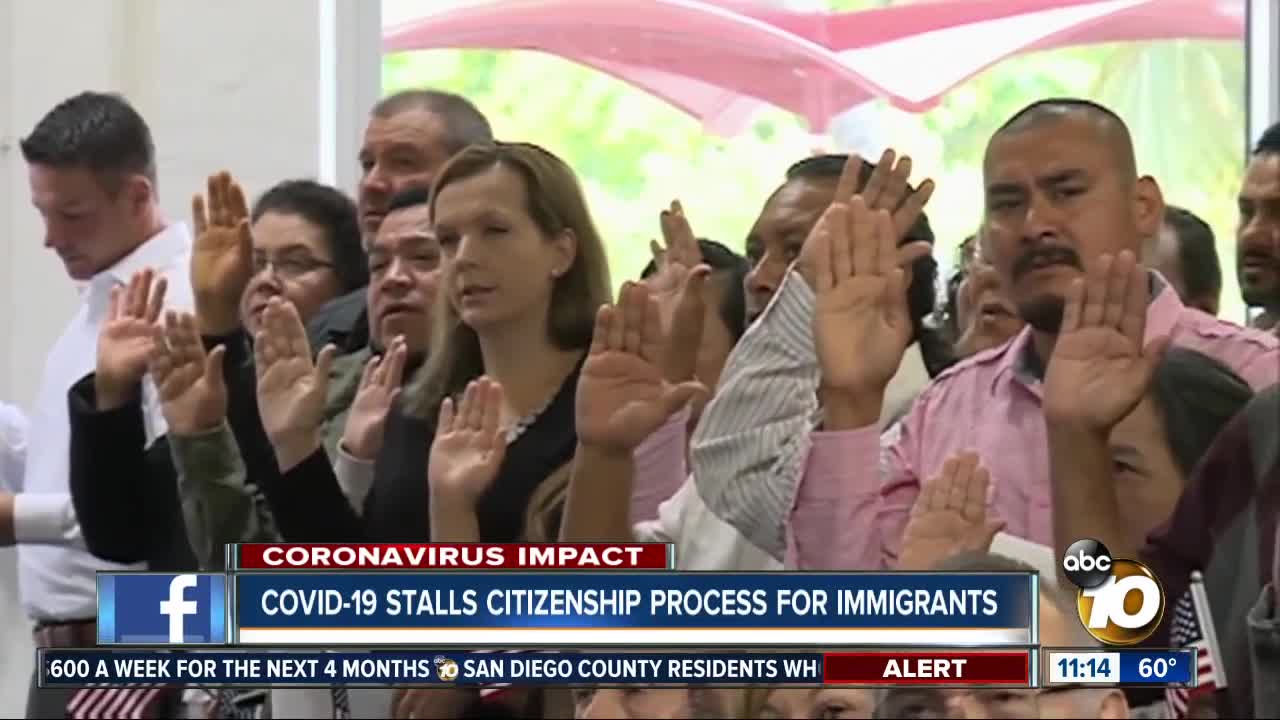 SAN DIEGO (KGTV) -- The coronavirus pandemic has stalled the citizenship status of many looking to become U.S. citizens.

Sercan Kesercan moved to San Diego from Istanbul, Turkey, nearly 10 years ago. He applied for citizenship in August 2019, and in late February, he passed his naturalization test.

“I got this paper that says congratulations you passed your interview,” Kesercan said.

Kesercan only needed to take part in a naturalization ceremony and take an oath to become a U.S. citizen. However, the pandemic forced the shutdown of the U.S. Citizenship and Immigration Services offices.

Kesercan said he never received a scheduled date to take the oath. He realizes, depending on how long closures last, that he may not be able to vote in November, something he was looking forward to doing.

“I was really excited because this happens like once every four years, and I been here like 10 years, but I don’t have the right to vote,” Kesercan said.

An approximate cutoff date for many is late October to qualify for the November election, and California offers same day registration.

Although the late October cut-off is months away, Sapochnick said the concern is the likely backlog once citizenship and immigration services resume.

“Let’s say they reopen again, maybe late May, who knows,” Sapochnick said, “so by the time they catch up on appointments ... If they don’t make it by the end of the summer. They only have September, October.”

“When they had a glitch, it resulted in delays in cases. We had to wait weeks and weeks,” he added. “Now it’s been shut down for a month a half. How is that going to impact (the wait)? It’s going to be significant.”

10News asked USCIS if they had a plan to deal with a potential backlog, and a USCIS spokesperson sent the following statement:

“At this time, USCIS has temporarily closed field offices to the public. Field offices will send notices with instructions to applicants with scheduled interviews or naturalization ceremony appointments. They will automatically be rescheduled once normal operations resume. Voter registration requirements vary by state, including the deadline for registration in order to vote.”