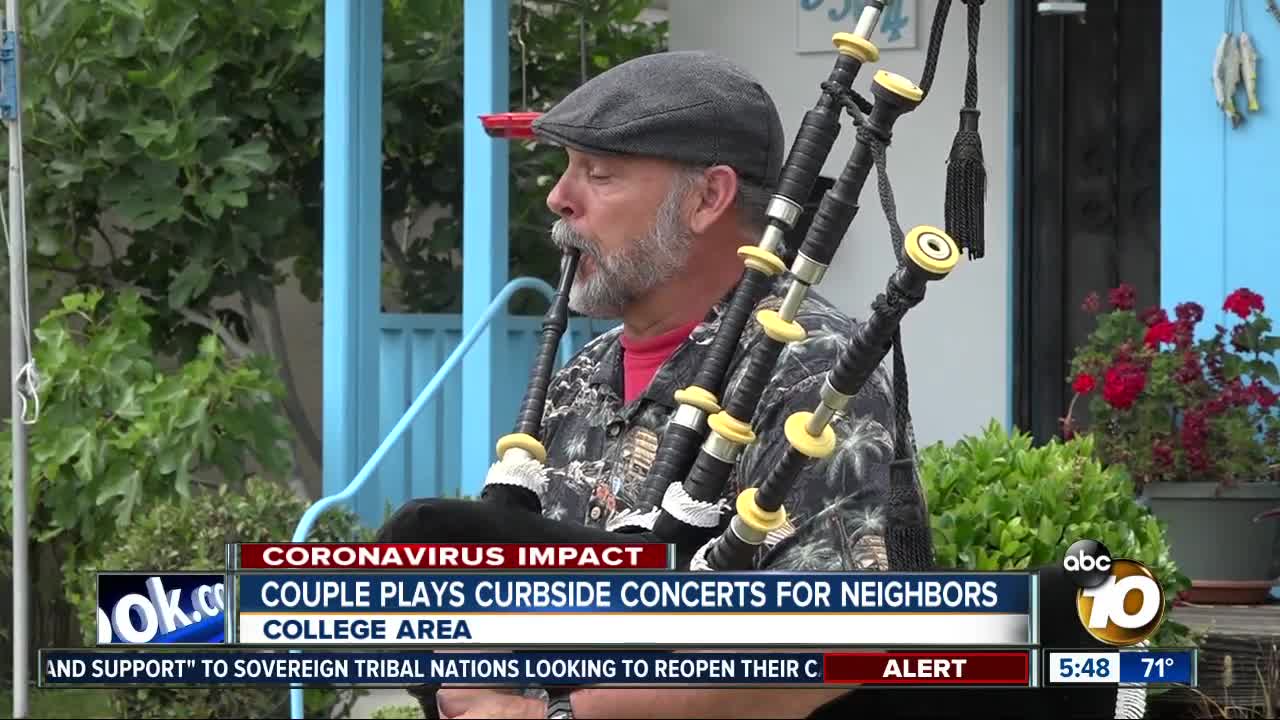 SAN DIEGO (KGTV) — A College Area couple is bringing joy to neighbors through curbside concerts, but this isn't a regular band.

Kurt Hoeger's love of bagpipes spans forty years, which is longer than he's been married to his wife, Jean. Luckily they met through the band.

In March, Hoeger said his wife, "came out to the garage and said 'Something's wrong with my reed.' So I said okay let me hear it, and I got on and I tuned it. So we were standing out here playing and we had a few people come out and watch us and listen to us."

That impromptu performance sparked what they now dub "curbside concerts."

They play every Monday and Friday, working around Jean's babysitting duties with the grandkids.

First, they held concerts in their own neighborhood, then they started getting requests.

"We've been down to South Park, Kensington. We were down at Tierrasanta for my sister-in-law. We went down to Allied Gardens," Hoeger says. They even got a request to play at a woman's 91st drive by birthday party.

He said when they started they only played for about 25 minutes, but now they have just under an hour's worth of material.

Hoeger said it's an excellent way to practice.

Normally he and Jean would be playing at competitions as part of the 7 Celtic Nations Pipe Band, adding more medals to their trophy room, but the stay-at-home order put the band on pause.

Hoeger said performing for neighbors is more relaxing and gives him more freedom.

"I don't have to dress in my kilt to do it. I can just come out in my wonderful shirt here and my shorts and play for y'all," he said smiling.

A concert that gives neighbors joy and a distraction from the troubles they're facing.