Damian Dovarganes/AP
A person picks up food to go at "Tacos Tu Madre," restaurant in Los Angeles Monday, Jan. 25, 2021. California has lifted regional stay-at-home orders statewide in response to improving coronavirus conditions. Public health officials said Monday that the state will return to a system of county-by-county restrictions intended to stem the spread of the virus. Local officials could choose to continue stricter rules. The state is also lifting a 10 p.m. to 5 a.m. curfew. (AP Photo/Damian Dovarganes)

However, state officials did not explain Monday how regional per capita virus cases and transmission rates that also were released might influence how much ICU space will be available in four weeks. 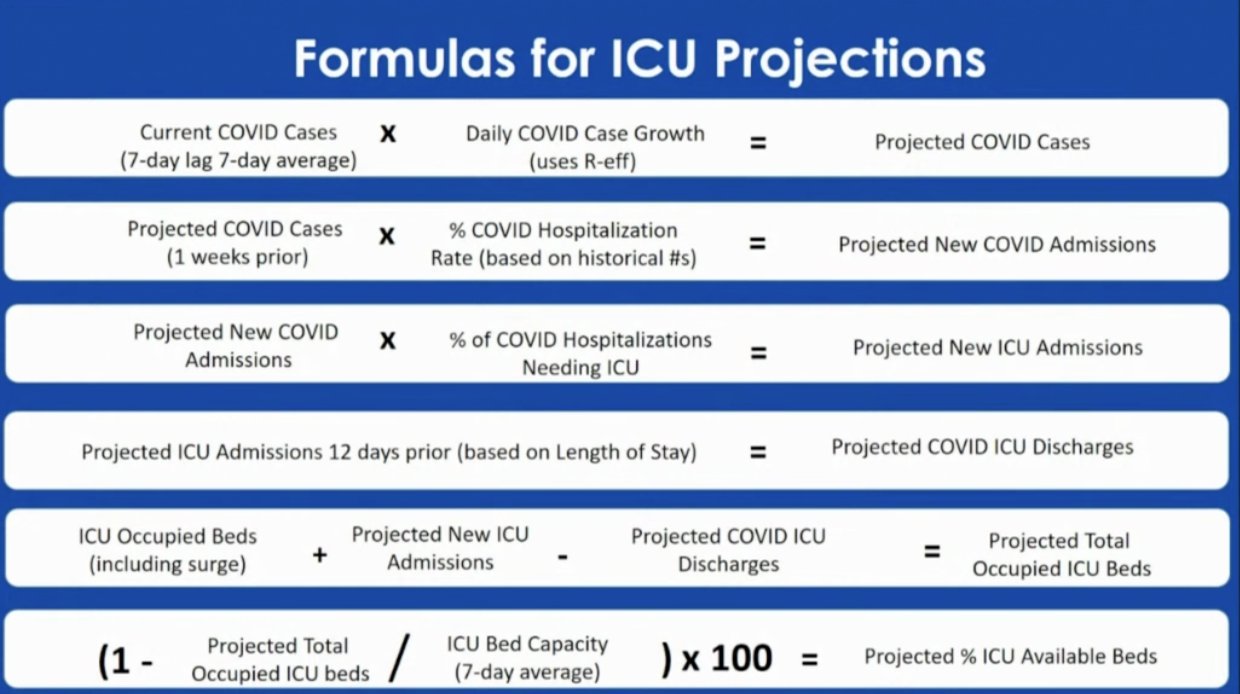 The state's projections are based on current estimated regional ICU capacity available, the measure of current community transmission (R-Effective), and current regional case rates (unadjusted case rate per 100,000 population, 7-day average with a 7-day lag), according to the state department of public health.

Last week, state health officials told The Associated Press they were keeping all the data secret because it is complicated and might mislead the public.

Coronavirus experts and open government advocates criticized the move, saying the public has the right to know what’s behind decisions that impact their lives.