Businesses pushed to Stage 3 fight to reopen in San Diego 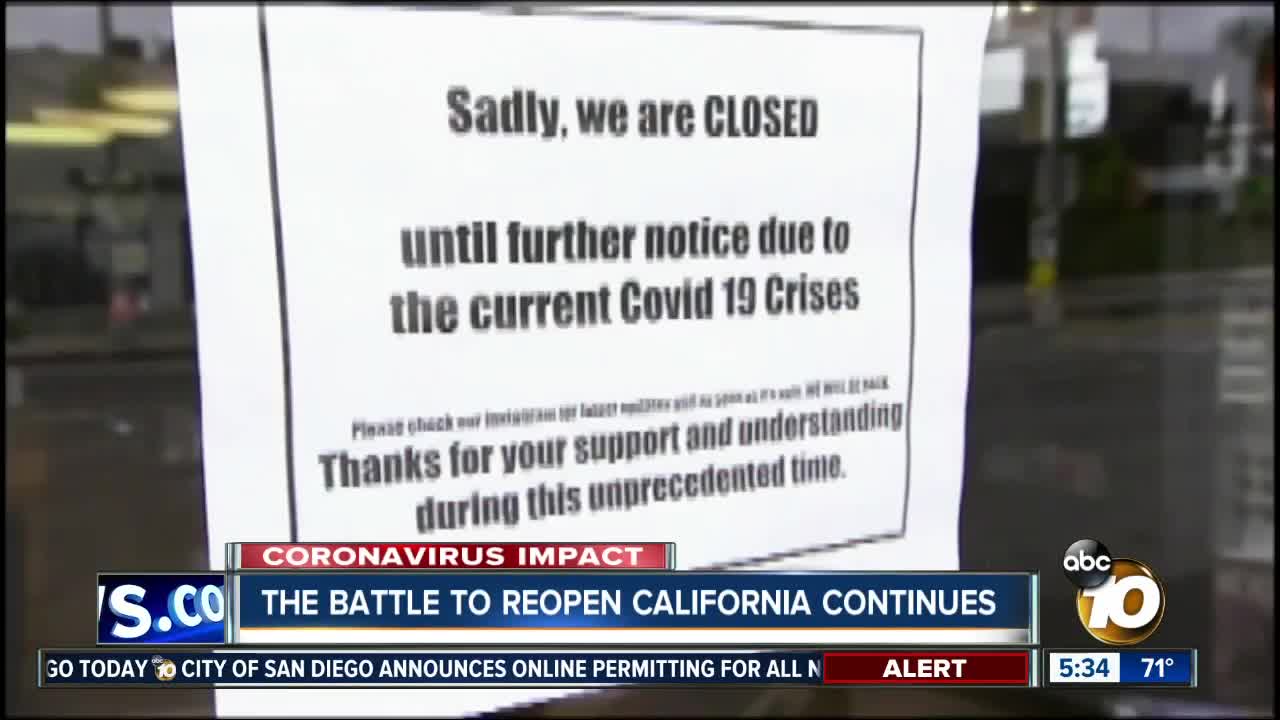 SAN DIEGO (KGTV) — As the battle to reopen California continues between the state and individuals, a federal judge has denied a South Bay church's request to reopen for in-person services.

"The right to practice religion freely does not include the liberty to expose the community to communicable disease or to ill health or death," said U.S. District Judge Cynthia Bashant after denying the motion.

Hair salons and gyms fall under phase three as well.

A San Diego County Public Health Order does not allow for the reopening locally.

Lou Uridel, the owner of the Metroflex Gym in Oceanside, decided to reopen his doors once again despite already being cited once for doing so.

Uridel held a rally in the gym's parking lot Wednesday before reopening.

Friday, he told 10News his gym was operating at 10% of its usual capacity, and all members were wearing masks and social distancing.

"We are open because we are a small business in dire need to open," he said. "We certainly couldn't wait on what the governor's guidelines of phase three were."

Earlier this week, hairstylists across the state also filed a lawsuit against Newsom and other California leaders, demanding to have the choice to reopen now instead of waiting for phase three.

The San Diego District Attorney's Office review any case submitted by law enforcement, but it's up to police agencies to decide on enforcement action.

The Metroflex Gym has been operating since Wednesday without receiving additional citations.