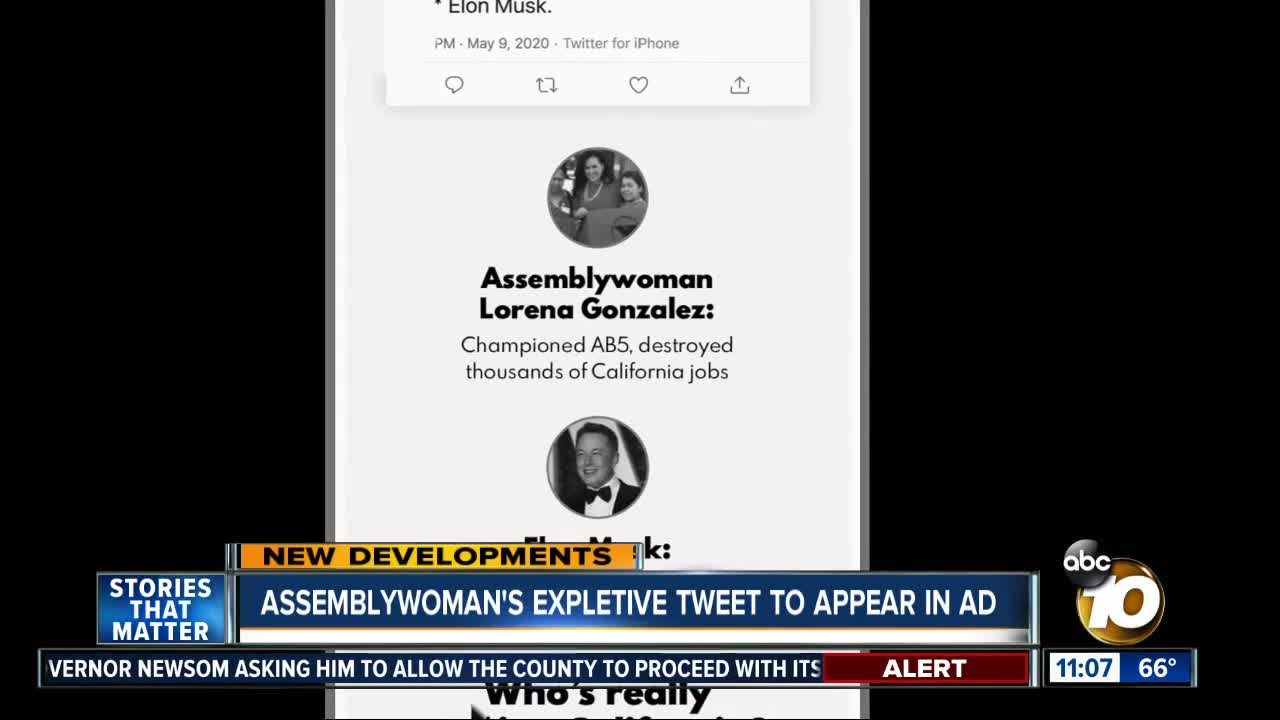 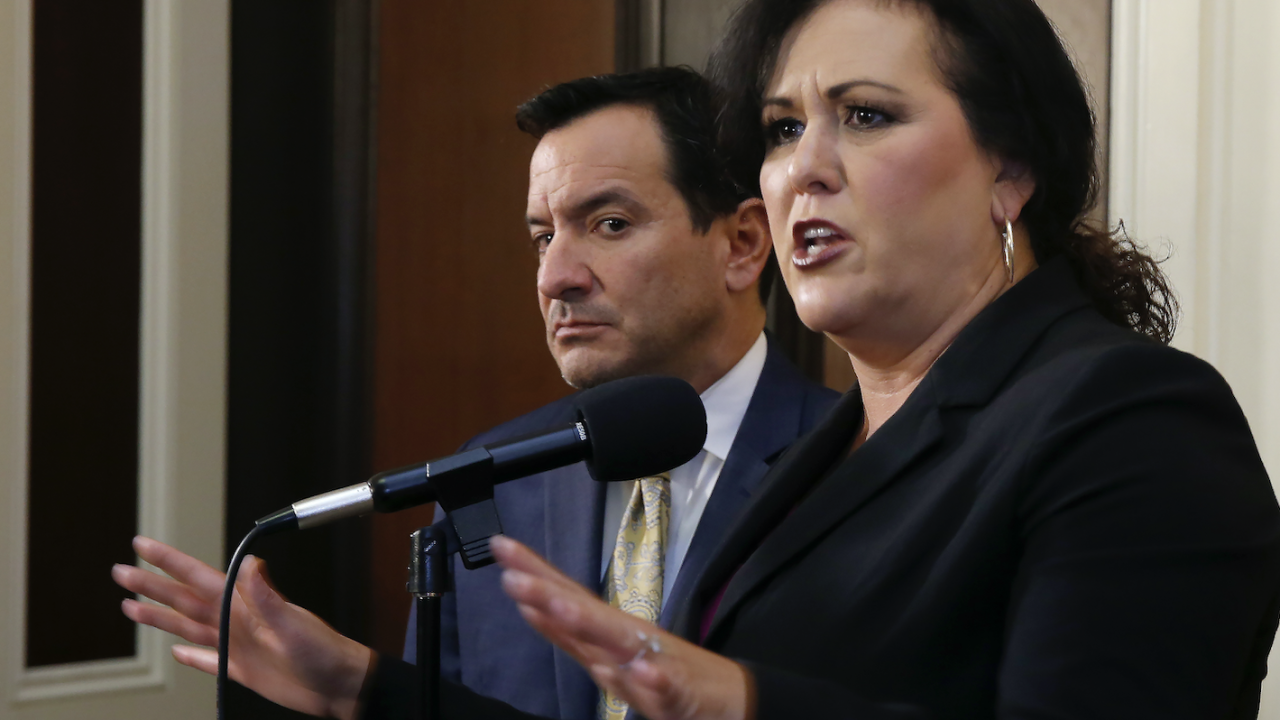 Meanwhile, Gonzalez's husband, San Diego County Supervisor Nathan Fletcher, posted a message on his personal Twitter account Sunday afternoon reminding men to use the Mother's Day holiday as a time to reflect on the strength of all women.

Fletcher specifically targeted the male Twitter users who "routinely tell me 'get your woman in check', 'tell your wife to shut up', etc.'"

"Maybe on this #MothersDay you can reflect on the reality that women are not a subservient species waiting for a man to tell them what to do," said Fletcher.

In a blog post on Tesla's site titled "Getting Back to Work," the company said it was suing Alameda County officials who have stopped the company from reopening. While the state's manufacturers have been allowed to resume production, Alameda County's health officials have kept Tesla closed.

Musk said he would move Tesla's headquarters to Texas or Nevada "immediately" if county officials don't allow him to reopen his business. The CEO said he'll consider ending manufacturing activity at the Fremont Factory, depending on how "Tesla is treated in the future."

The technology entrepreneur and engineer received over 60K likes for his tweet in about 24 hours.

One person that didn't hit the like button was Gonzalez.

"I probably could've expressed my frustration in a less aggressive way. Of course, no one would've cared if I tweeted that," said Gonzalez.

Gonzalez, who represents the 80th Assembly District in southern San Diego County, declined to comment further to Musk's threats saying she would be spending time with her kids for Mother's Day.

She told 10News that her "tweets speak for themselves."

Tesla's 370-acre Fremont Factory, south of Oakland, employs over 10,000 people from around the Bay Area. The company has made its "Return To Work" plans public on its site calling them "comprehensive safety measures we have introduced to ensure employee safety."

California Business and Industrial Alliance will be using the Assemblywoman's tweet in a political ad. CABIA says they have bought a full-page ad on the San Diego Union-Tribune for Tuesday.

Tom Manzo, the founder of CABIA, says they are a non-partisan group that's focused on reforming state labor laws. The ad is meant to draw attention to laws that they say negatively impact businesses in the state, including AB-5, which the Assemblywoman authored.

Manzo also wants to hold the Gonzalez accountable for her comments.

"It's not necessary to throw those kinds of tweets around, you're an elected official act like one," Manzo said. "The relationship that you're creating with one of the largest employers in the state, it's not a good one, and it's not necessary."

Gonzalez was not phased by the ad.

"These companies have been operating in California outside of the law for so long, they're not used to somebody standing up to them, I'm going to stand up to them, I'm not going to be intimidated by a full-page ad," she said.

When asked if there were any concerns Tesla would leave, she felt confident it was just an empty threat.