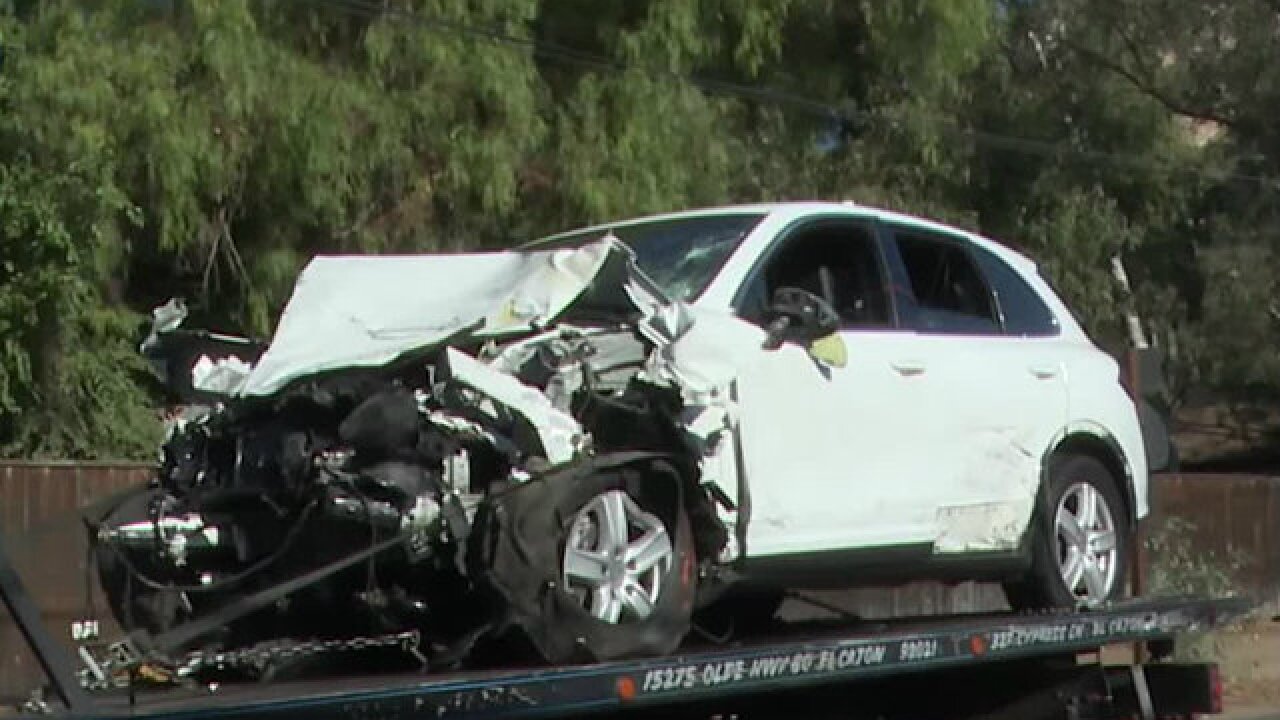 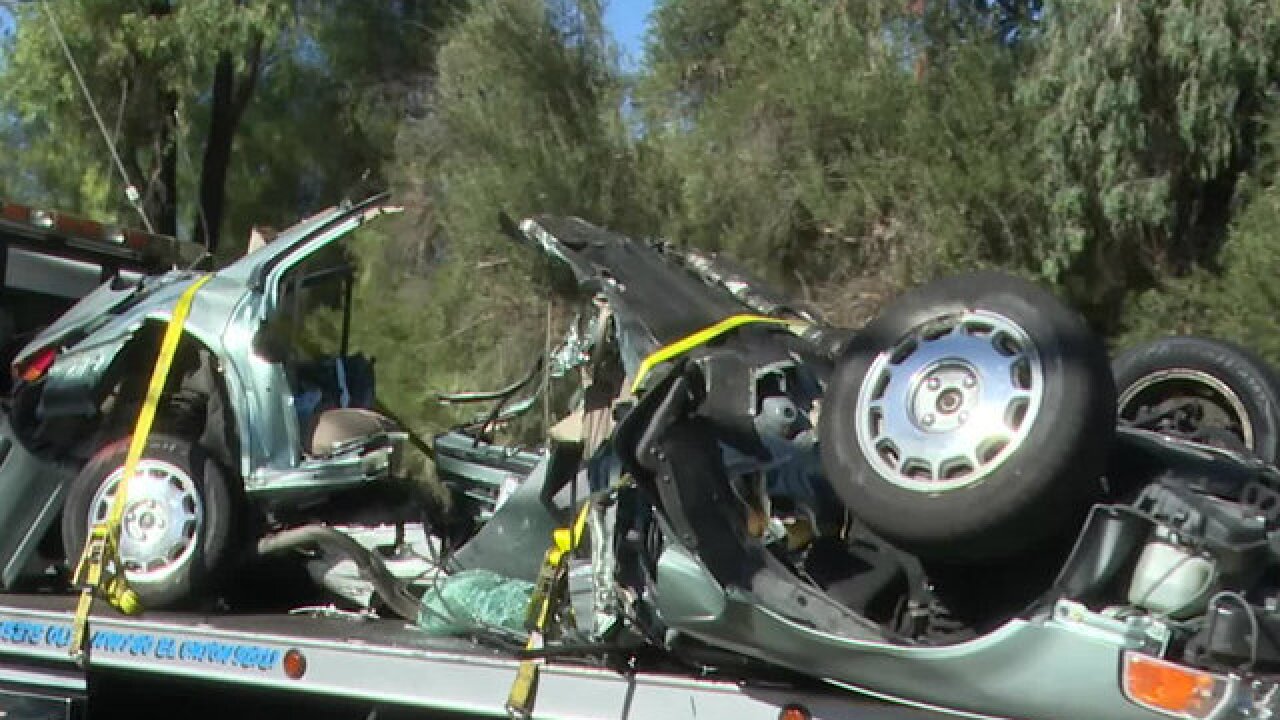 The crash happened at around 6:25 a.m. on Wildcat Canyon Road, near Willow Road, according to the California Highway Patrol.

CHP officials said a Honda Accord was traveling on southbound Wildcat Canyon Road when, for unknown reasons, it drifted towards a concrete curb on the west road edge.

When the Accord’s driver turned the car back to the left, it veered into the northbound side of Wildcat Canyon Road and into the path of a Porsche.

According to the CHP, the vehicles collided, with the impact splitting the Accord in half. A 53-year-old man and 21-year-old woman were ejected from the Accord and landed on the roadway.

The male victim died at the scene, the CHP said. The female victim was airlifted to Sharp Memorial Hospital, where she died from her injuries.

The Porsche’s driver suffered major injuries and was taken to Sharp Memorial Hospital, but CHP officials said she is expected to survive.

No other injuries were reported, and CHP officials said no other vehicles were involved.

CHP officials said it is unclear if alcohol or drugs were factors in the crash. It is believed the three people involved in the wreck were wearing seatbelts.