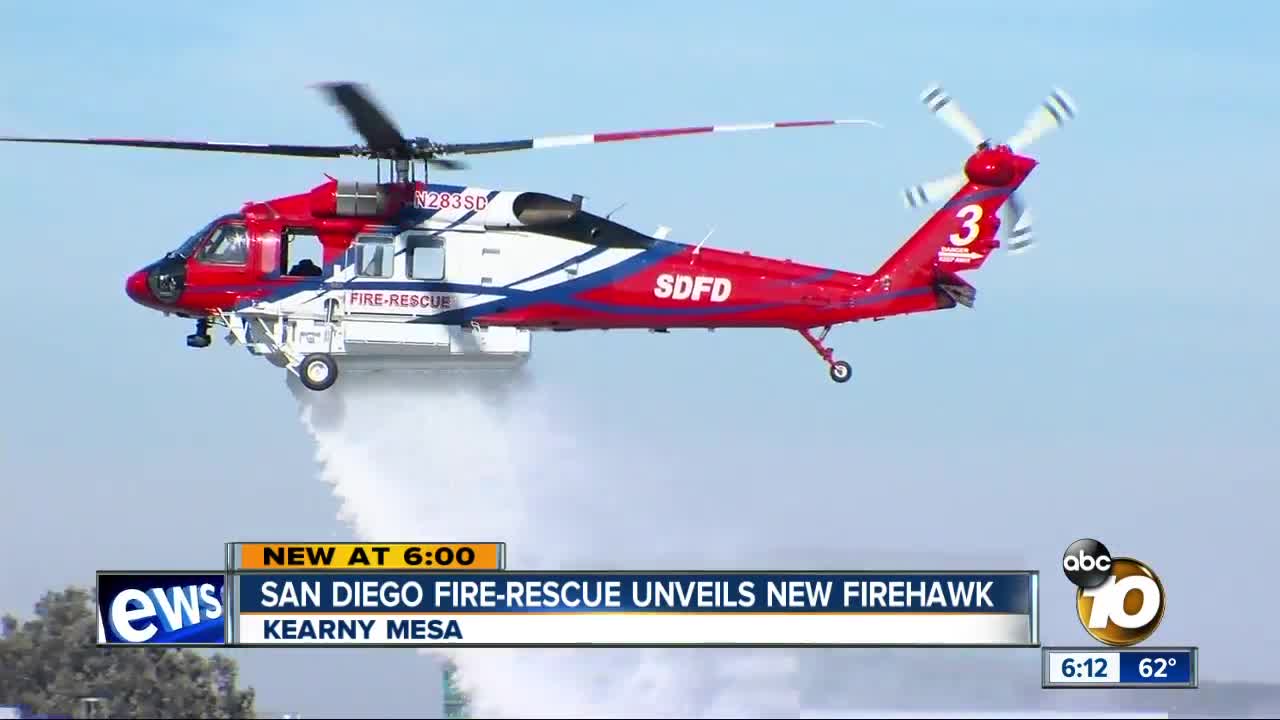 The San Diego Fire-Rescue Department has a new $20 million tool to fight wildfires. 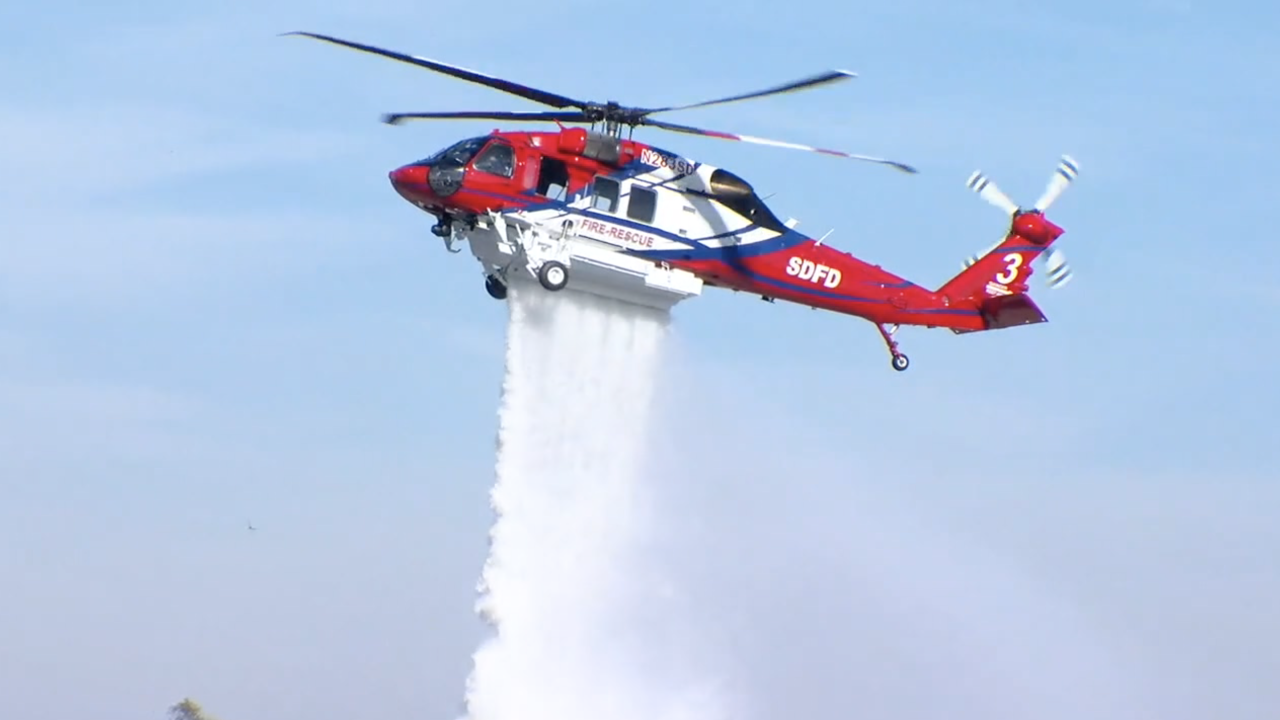 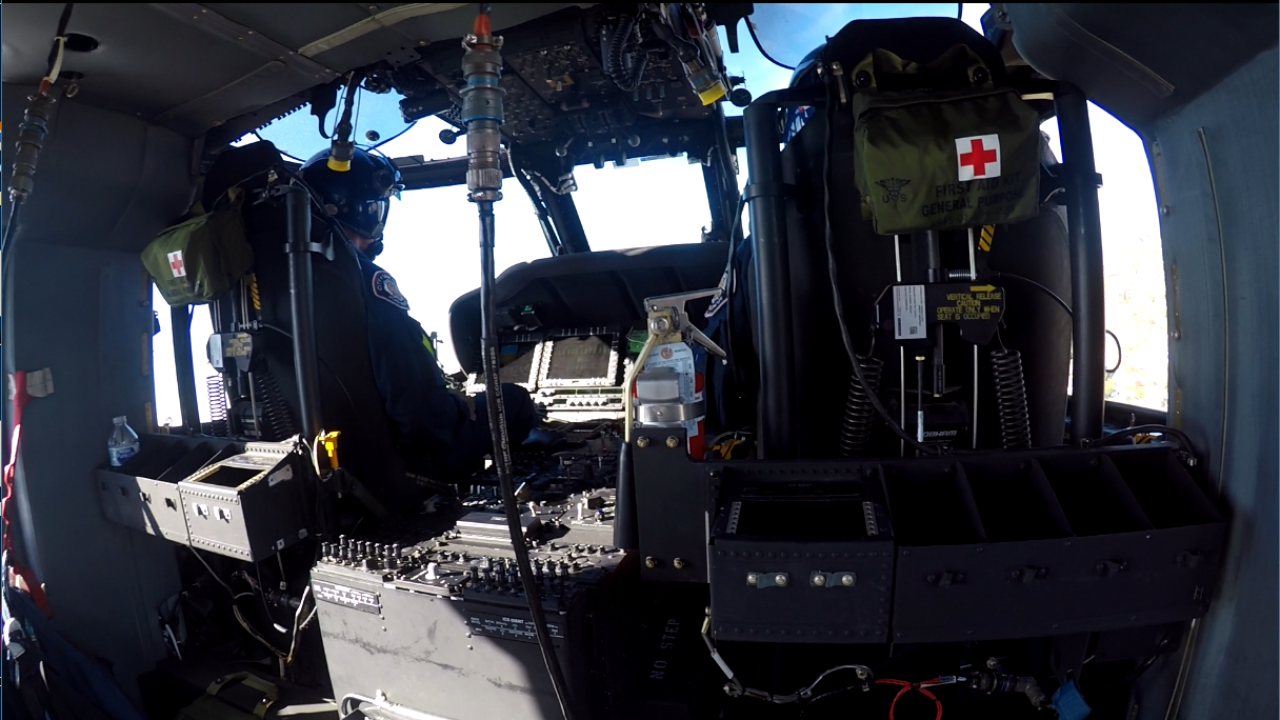 The aircraft is bigger, faster and capable of dropping more water than the city’s other two helicopters combined. The Firehawk has a 1,000-gallon tank compared to the 375-gallon tanks in Copters 1 and 2.

“San Diego has over 45,000 properties adjacent to canyon rims and open spaces, posing a significant fire risk in our city. The speed of our response and capabilities of our equipment during the initial attack of those vegetation fires is critical,” he said.

With a retractable snorkel, firefighters can refill the Firehawk’s water tank in less than a minute, allowing the helicopter to make more drops in less time, Stowell said.

“Our ability to quickly get into the air and to make a difference will absolutely help to save lives,” said Mayor Kevin Faulconer.

In addition to the crew of three, the Firehawk can carry up to 12 passengers, meaning it can shuttle six more firefighters than its predecessors to hard-to-reach places.

The helicopter also has advanced capabilities for night missions, with a high-intensity searchlight and a state-of-the-art obstacle avoidance system.

San Diego Fire operates the only helicopters in the county outfitted to fight fires at night.

To accompany the new helicopter, the city is building a $13.7 million hangar to house all three helicopters.

“The state-of-the-art, 30,000-square-foot facility will help protect the helicopters from rust and corrosion as well as allow for indoor maintenance work,” said city spokesman Gustavo Portela in a statement.

The city recently completed an Air Ops Division building to house the crew. Previously, pilots and crew members were housed in RVs and trailers and the helicopters were kept outside, Stowell said.