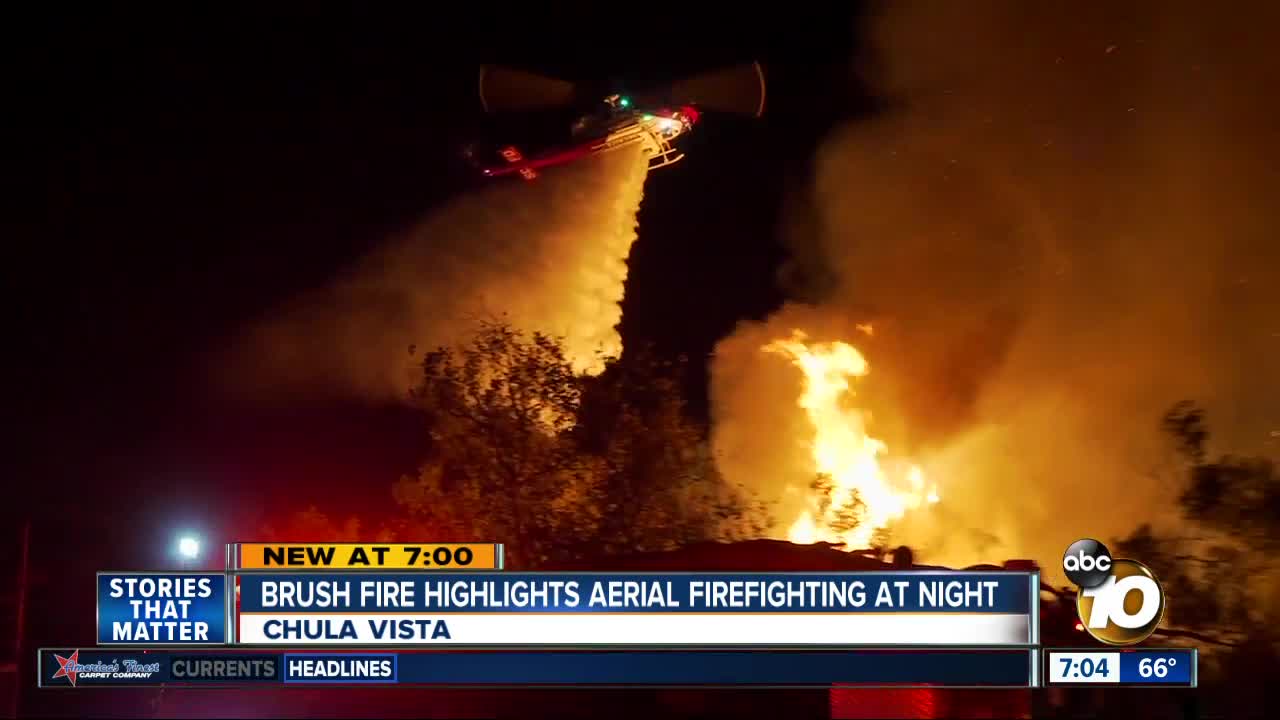 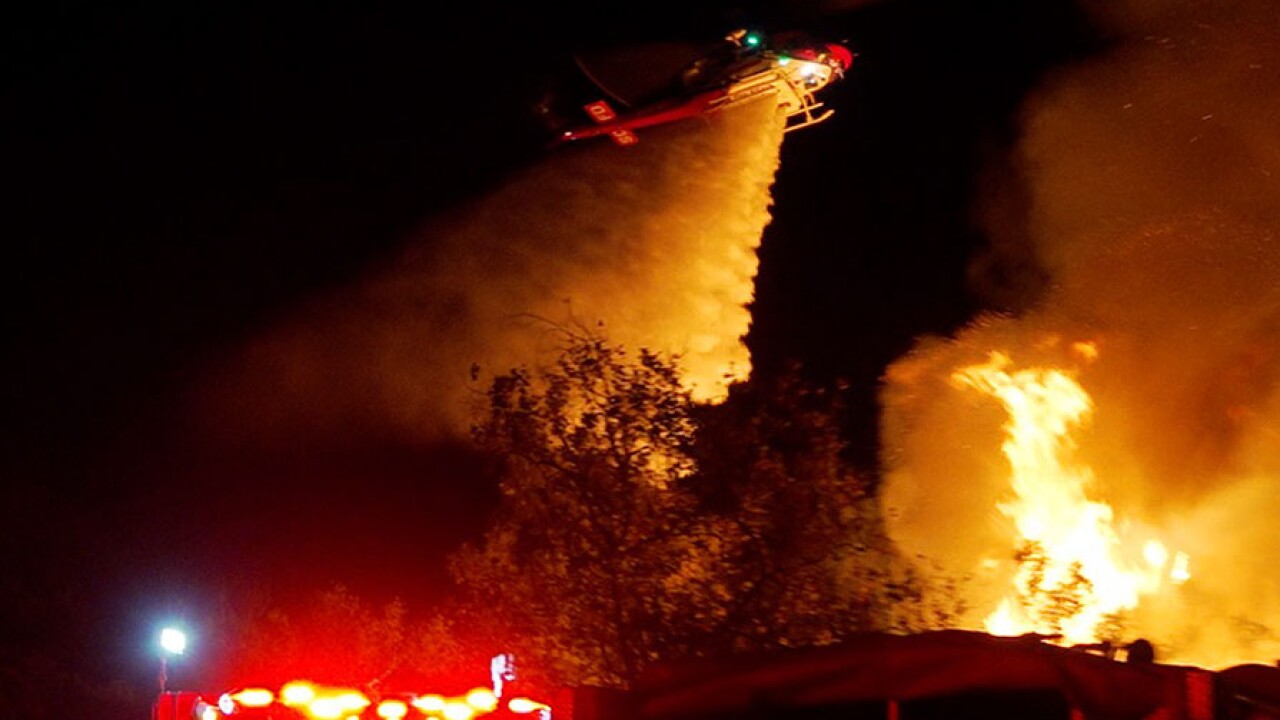 Once considered too dangerous to attempt, a handful of agencies in California now have the helicopters and equipment needed to handle night operations, including the San Diego Fire-Rescue Department.

Only two helicopters in San Diego County have the capability to do night drops. Both were in use Wednesday when flames broke out near a riverbed just before 11 p.m. in the 2500 block of Faivre Street, near Hollister Street.

CAL Fire does not currently operate firefighting helicopters at night anywhere in the state, although the agency has plans to purchase 12 new helicopters with that capability, said CAL Fire San Diego spokesman Thomas Shoots.

The agency just received its first Firehawk helicopter this year and plans to put it into service in about a month, Shoots said. Two more helicopters should arrive before the end of the year, and the agency plans to acquire all 12 by 2021.