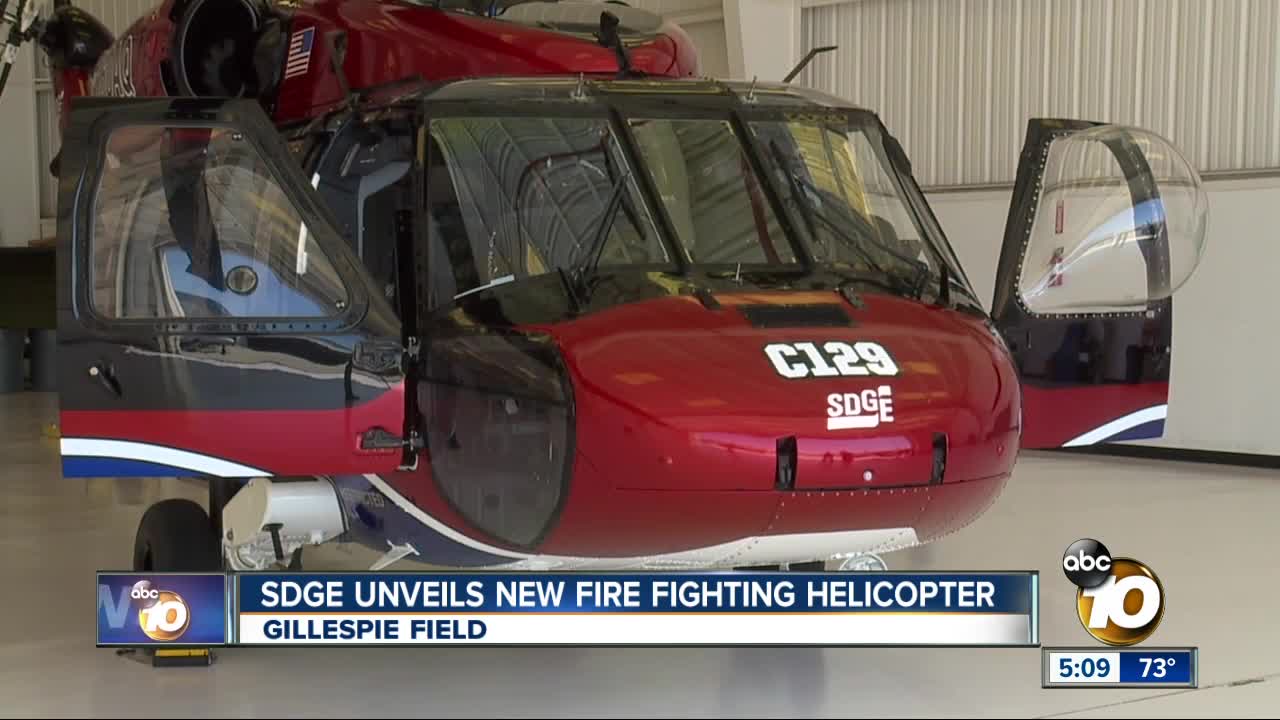 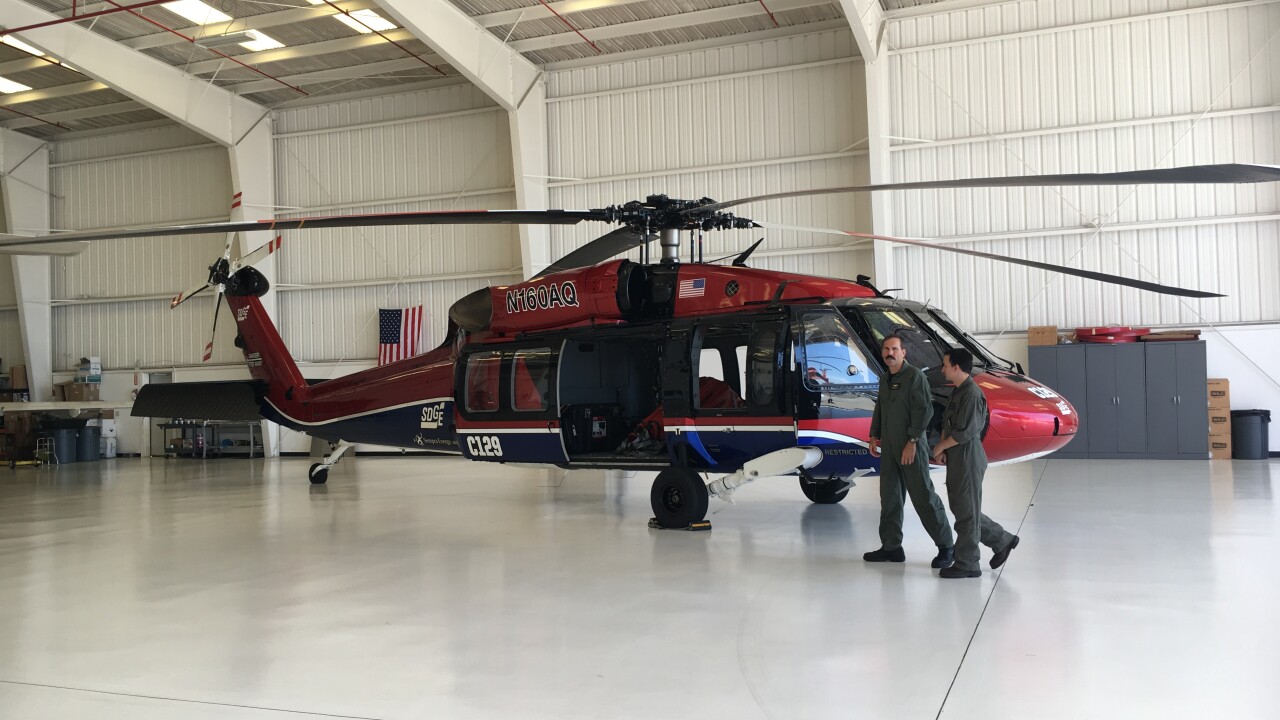 A little spark can transform into a violent rage. That is the fear and reality of a wildfire.

In 2018, there were 8,000 fires in the state that scorched more than one million acres. While no one can predict mother nature, SDGE says they are more prepared than ever.

Meet Bruce Pulgencio's newest ride, the UH-60 Blackhawk. The aircraft is SDGE's newest member of their fire fighting arsenal. It can reach up to 140 mph, carry 860 gallons of water, and fills up in only 45 seconds.

"It will dip the bucket into the water and pull out then we will go to the fire and be able to release the water to the fire," pilot Bruce Pulgencio said. "We just keep rotating to dip site to drop site."

The copter and the pilot share a similar story. The aircraft came from the Army Surplus. Pulgencio just retired from the Army National Guard. After their military careers, the two joined together to fight fires from the sky.

"it's like driving a smaller sports car and then driving a semi-truck," Pulgencio said.

The semi-truck he is referring to is SDGE's premiere firefighting helicopter, the Erickson Aircrane. Its 2,650-gallon tank has been assisting San Diego fire agencies for a decade.

"It can get into smaller places," Pulgencio said about the new Blackhawk. "We all have our specialties, where they have their snorkels, and we have our bucket. It's just a different way to approach the water and to fight the fire."

Since its debut in June, the Blackhawk has already proven its value. It flew over last week's Caliente fire in Otay Mesa. Surrounded by terrain that ground crews had a difficult time accessing, the brand new UH-60 Blackhawk dropped thousands of gallons of water atop the pallet yard.

Also joining the team this season is the new SDGE Tactical command vehicle. The mobile electrical hub is a place where scientists can gather and send the latest weather mapping information to ground crews on the fire line.

"It allows our teams to deploy quickly, and we can establish full internet and satellite phone capabilities in any location," Winn said.

On the ground and in the air, the community can rest assured that their firefighting arsenal is stronger than ever.

"It's another tool in our toolbox to support the firefighters," CAL FIRE San Diego Deputy Chief Nick Schuler said.