The approval includes changes to the Affordable Housing Density Bonus program, which means developers will be able to build more units in the allotted space.

Some proposed changes to the Density Bonus Program include:

In some cases, the plan would allow developers to eliminate or reduce parking spaces in their building permit. The trade-off? The lack of parking could mean lower housing costs.

Local architect Jonathan Segal said he asked the city to develop a property in Little Italy without providing parking spaces over a year ago.

He said the city declined, forcing him to add 11 spaces, driving up the cost of construction and rent for his micro-apartments.

Had this plan been in place a year ago, Segal said he would have save approximately $100,000 on his project.

Segal thinks the mayor's proposal is a good start but said the plan isn't perfect. He believes the city should focus on making it easier for builders to get permits and inspections approved.

The city also released a map of areas withing half a mile of public transportation. Below is a list of transit priority areas in the City of San Diego: 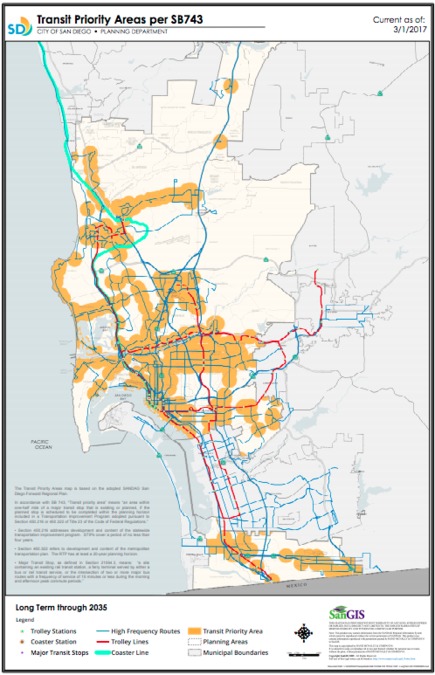 In North Park, residents are torn. Some think the plan would be good to lower rent costs, but others feel the parking part of the proposal would create a traffic nightmare.

Others think the plan would create a change that would force people to ditch their cars and use different forms of transportation.

“Micro units are a growing trend for millennials. Millennials also do not need as much parking. I believe we will see more multifamily development with lower parking ratios in areas served by public transit and high walk scores. This trend is already underway in San Diego. Consider Little Italy,” said Goldman.