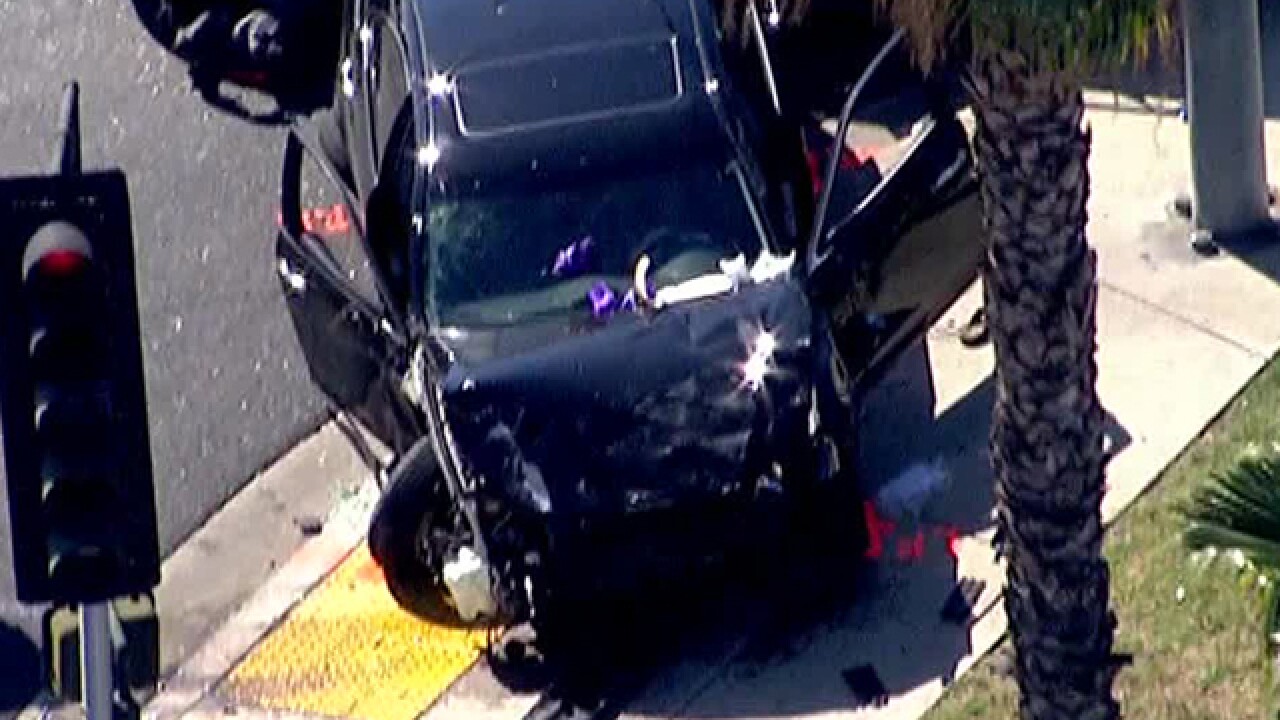 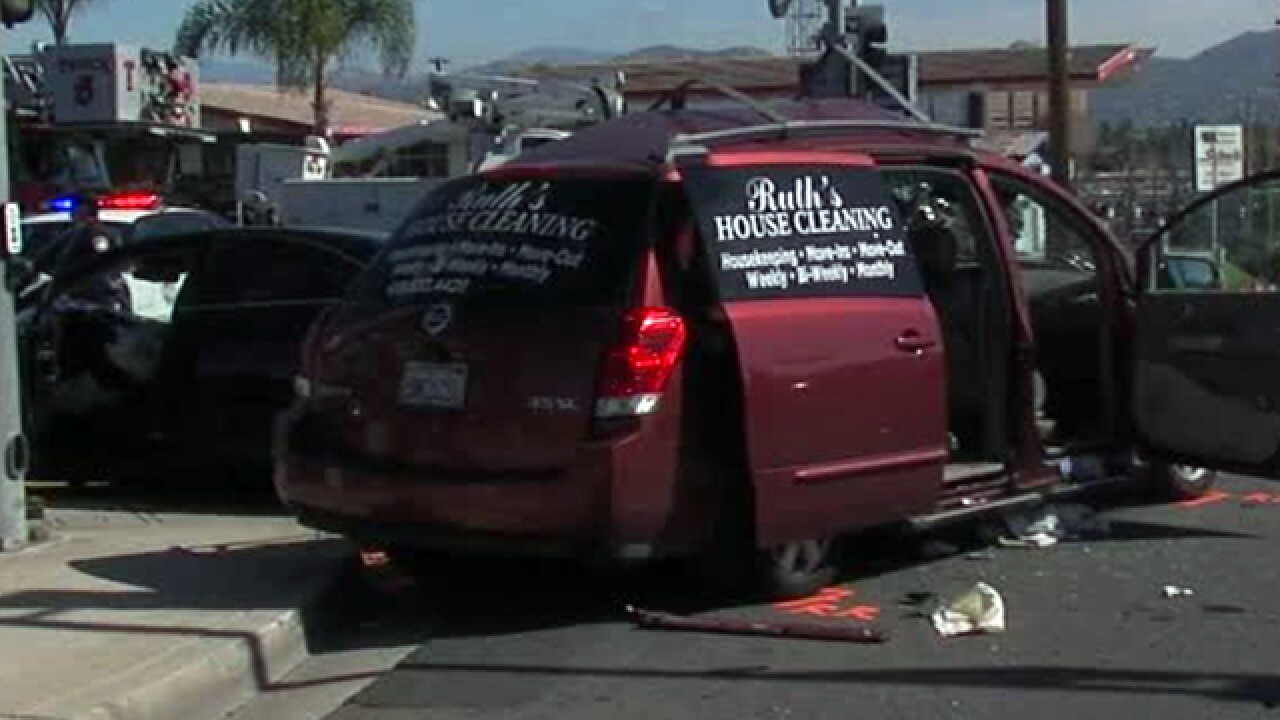 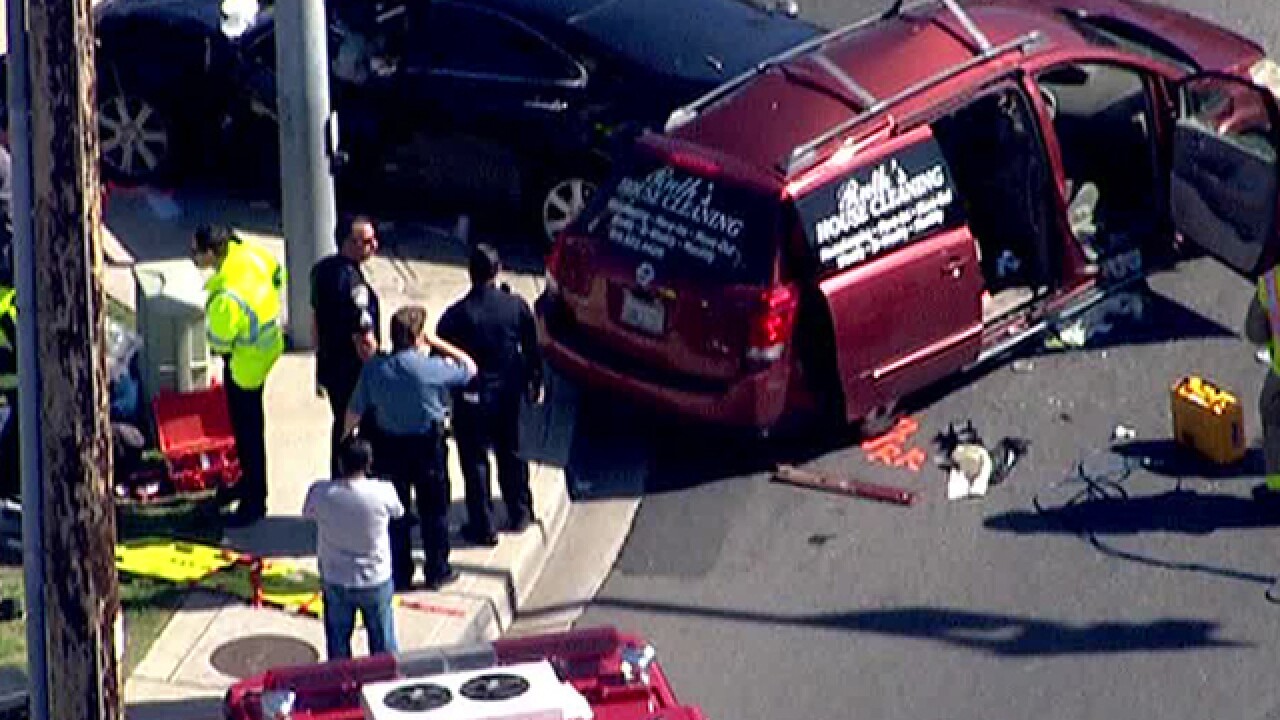 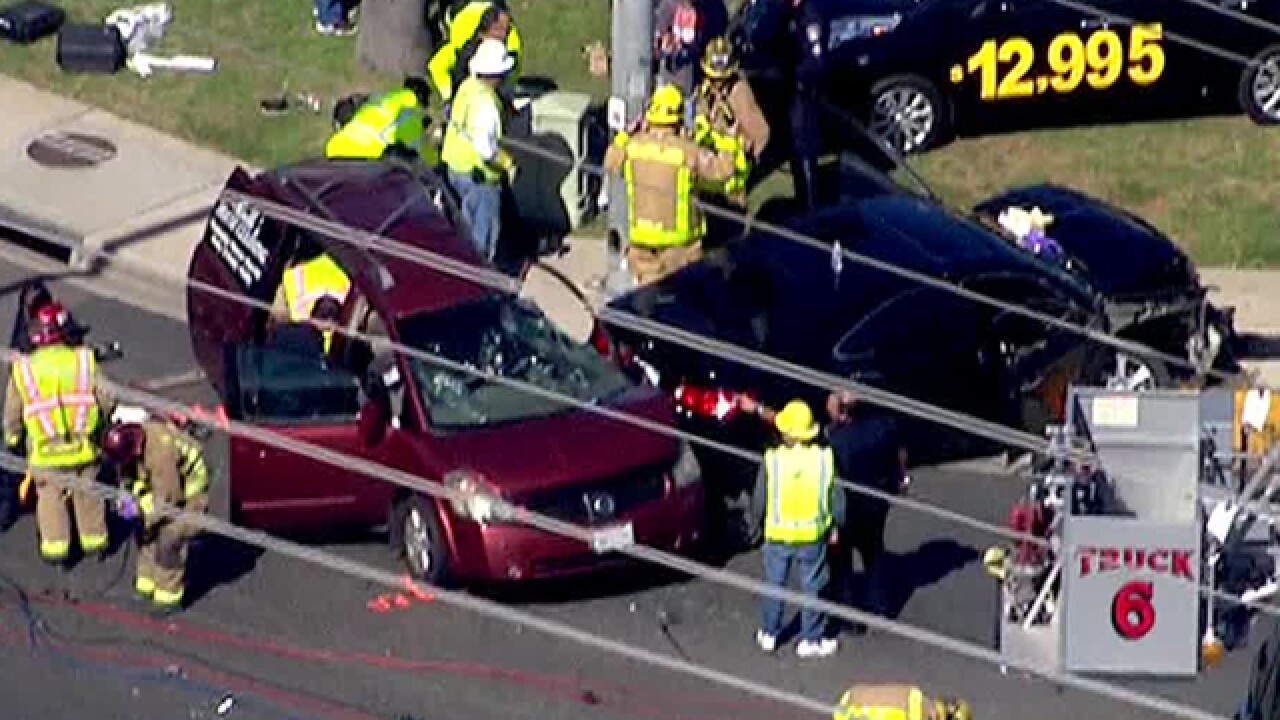 According to El Cajon police, the wreck occurred shortly before 10:30 a.m. when a speeding motorist lost control of her westbound Lexus sedan in the 1000 block of West Main Street in El Cajon, according to police.

The car veered off the road and hit a utility pole, a street sign and a traffic signal before entering Marshall Avenue against a red light and crashing broadside into a southbound Nissan Quest, Lt. Randy Soulard said.

Emergency crews extricated the occupants of the minivan -- two women, a toddler and an infant -- and took them to trauma centers for treatment of severe, life-threatening injuries. The driver of the Lexus, a woman in her 60s, also was taken to a hospital, where she was admitted in stable condition. The victims' names were not released.

The cause of the accident was under investigation.

"It is unknown at this time if driver of the Lexus experienced a medical emergency while driving," Soulard said Friday afternoon.