The woman who recorded the now-viral video told 10News she reported the incident the day after the Chargers game but never got an immediate response. 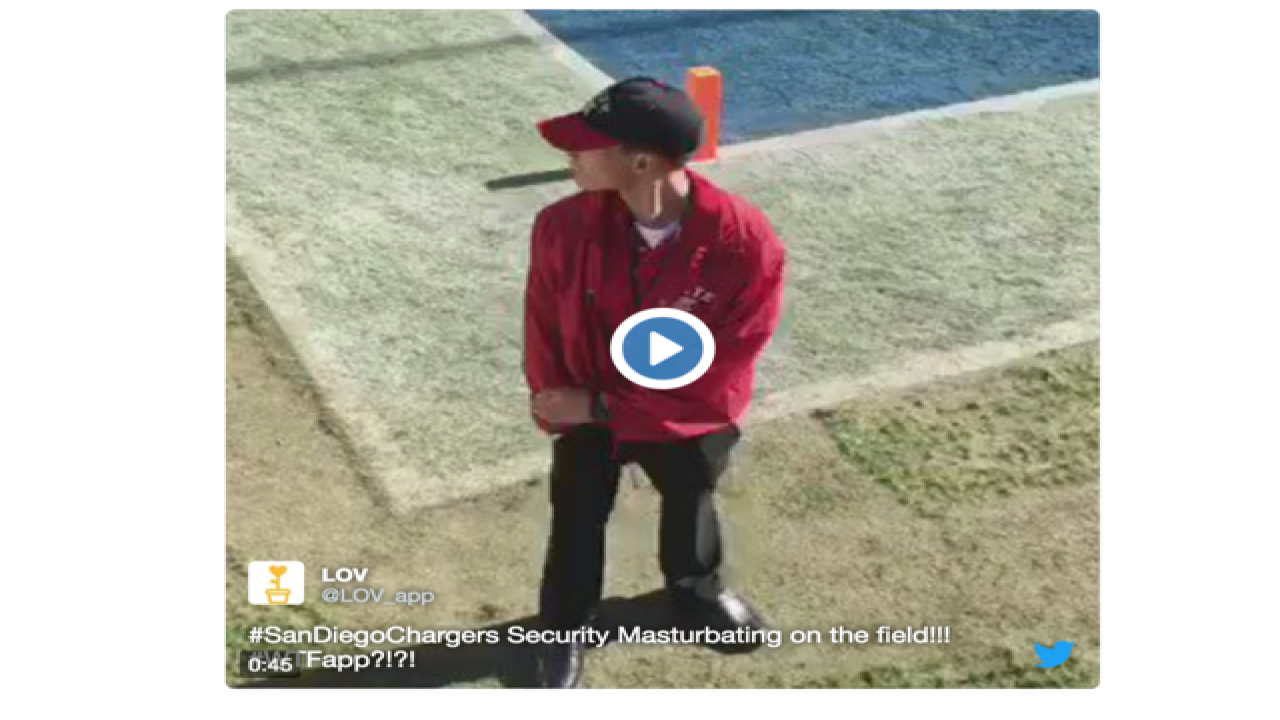 Ironically, the security firm cited "privacy laws" in not releasing the man's name but it has opened a formal investigation into the incident.

"We have been made aware of this incident and we are investigating the situation," Lt. Scott Wahl said.

Elite has become aware of the social media posting of inappropriate actions of an Elite staff member at Qualcomm Stadium on December 18th.   Elite would like to apologize to anyone who was offended by this isolated incident.   Additionally, Elite has opened a formal investigation into the matter and has acted swiftly in terminating the employee involved.   Elite insists on the highest moral standards from our employees.   Elite’s standard operating procedure is to employ security officers that pass a required background check through the State of California Department of Justice and the Federal Bureau of Investigation.   Elite has confirmed that this guard did in fact pass all state and federal background screening processes and successfully completed all of the licensing requirements. There was nothing in the screening process that would indicate that this type of conduct was foreseeable.   Elite has been providing staffing at Qualcomm Stadium for over twenty years and has never experienced this type of incident involving any of its employees.   Elite has many loyal hard working employees and they should not be judged by the actions of this one regretful isolated incident.   Due to privacy laws, we are unable to release the name of the employee involved. Elite is cooperating with all relevant entities regarding this matter.

We'll bring you updates to this story as they become available.