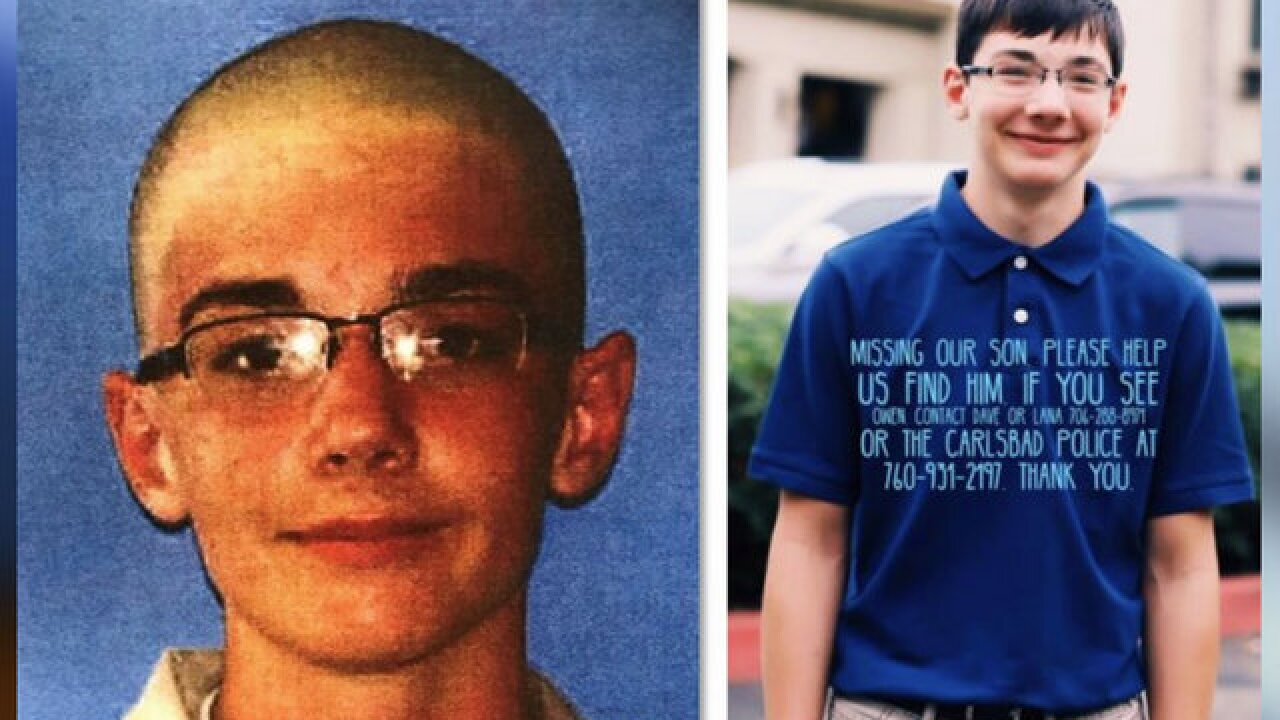 The boy, identified by police only as Owen, disappeared around midnight on Sept. 10 from the Carlsbad Village area.

The time and location where Owen was found was not immediately disclosed by police.

Owen has been found safe and sound. Thank you everyone for your help and support. Great job #teamCarlsbad!

Before he turned up, Owen had been seen four times in locations that included Layang Layang Circle, State Street, north of Grand Avenue, Beech Street near the train tracks and at 1304 S. Tremont St. in Oceanside, a transit center.