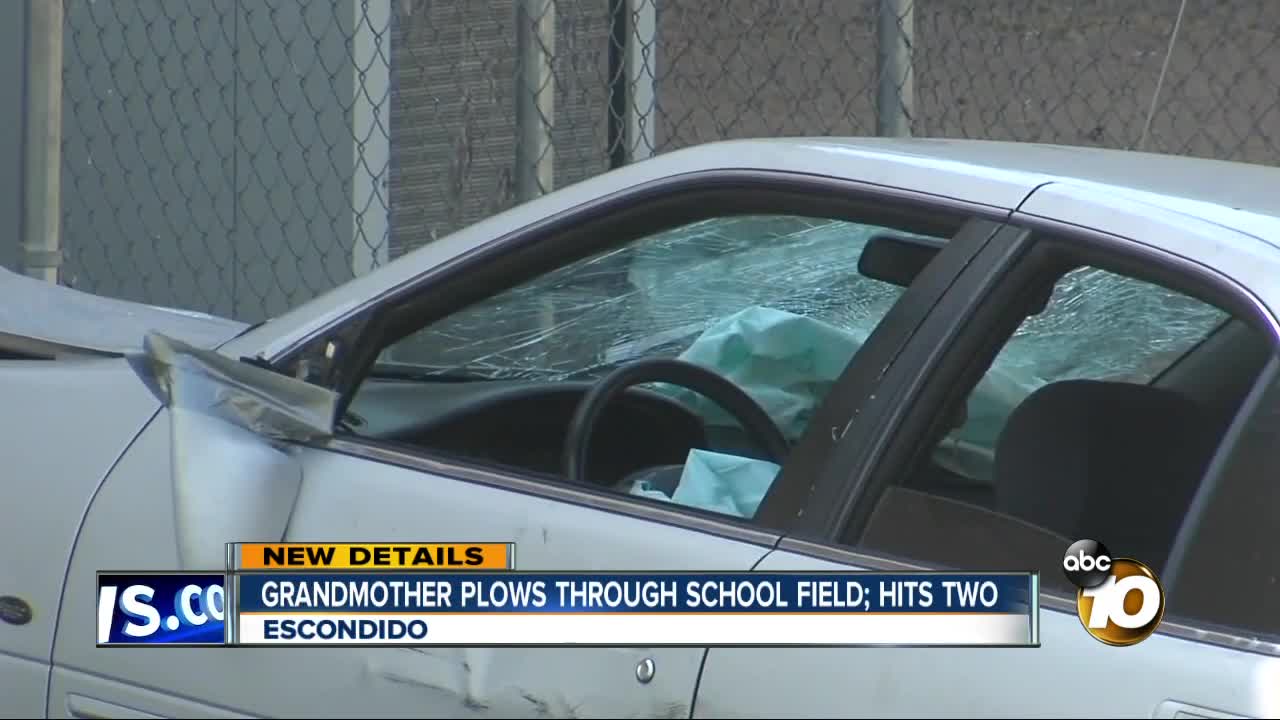 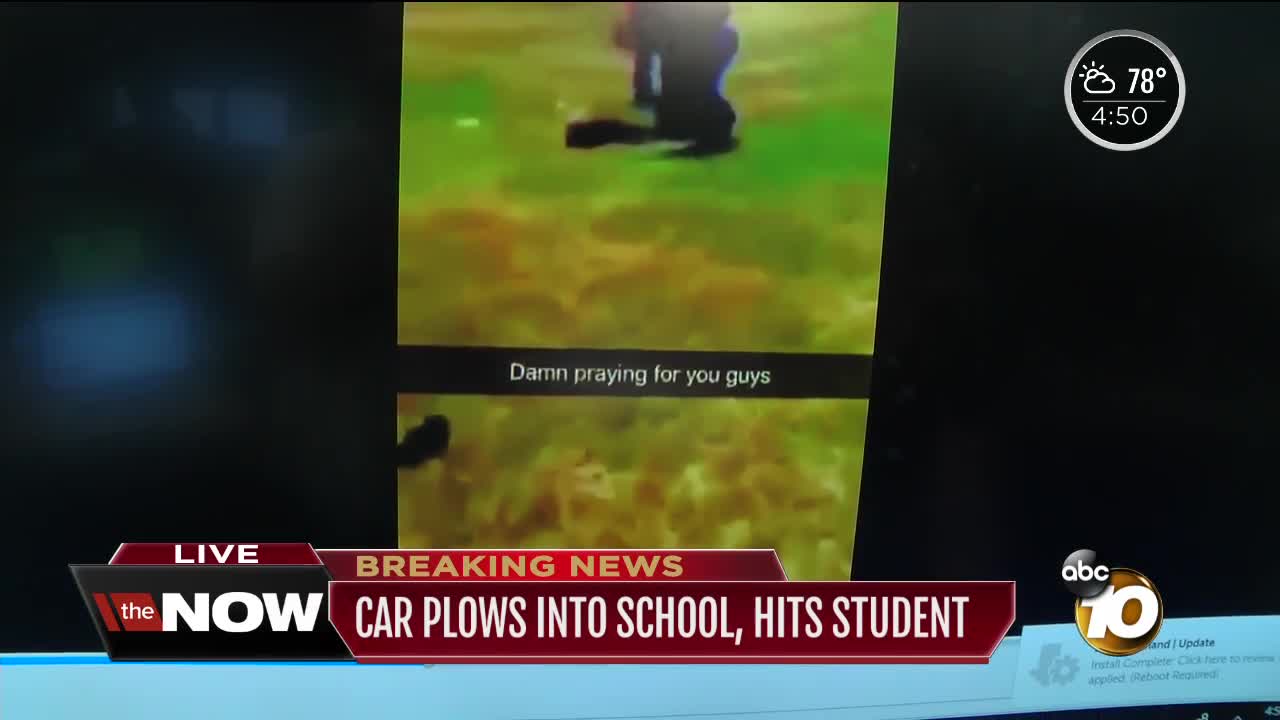 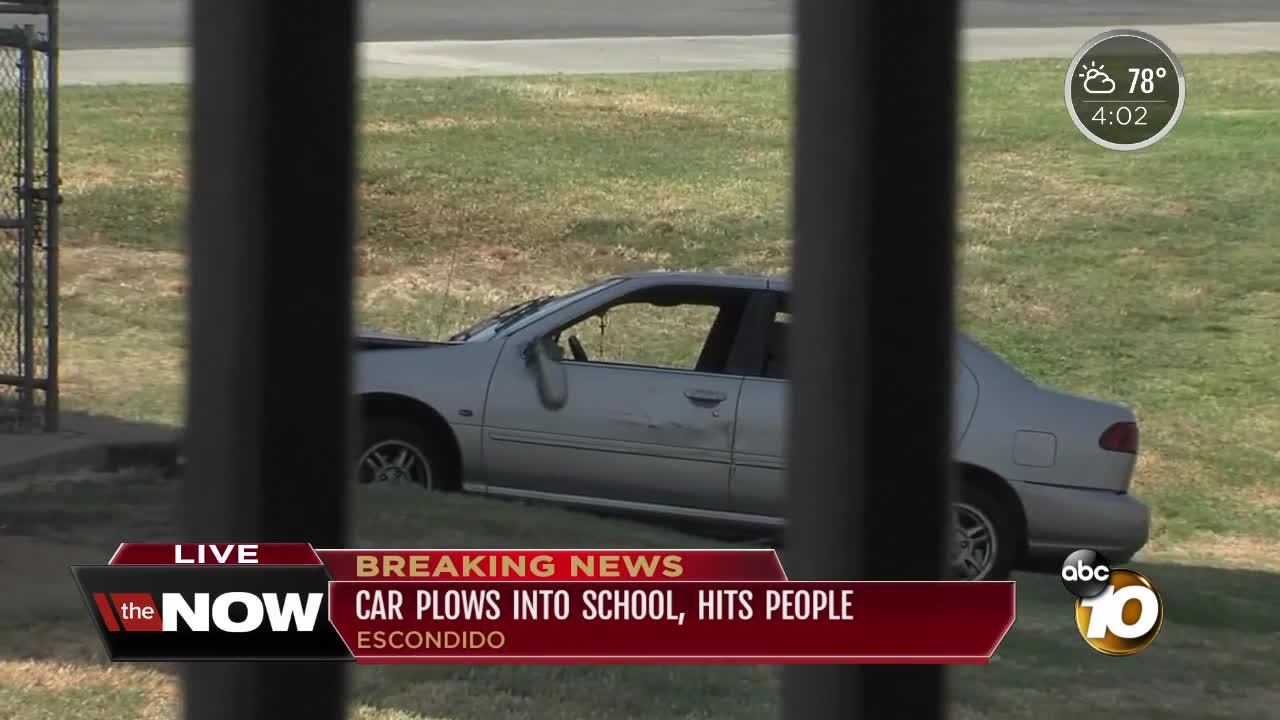 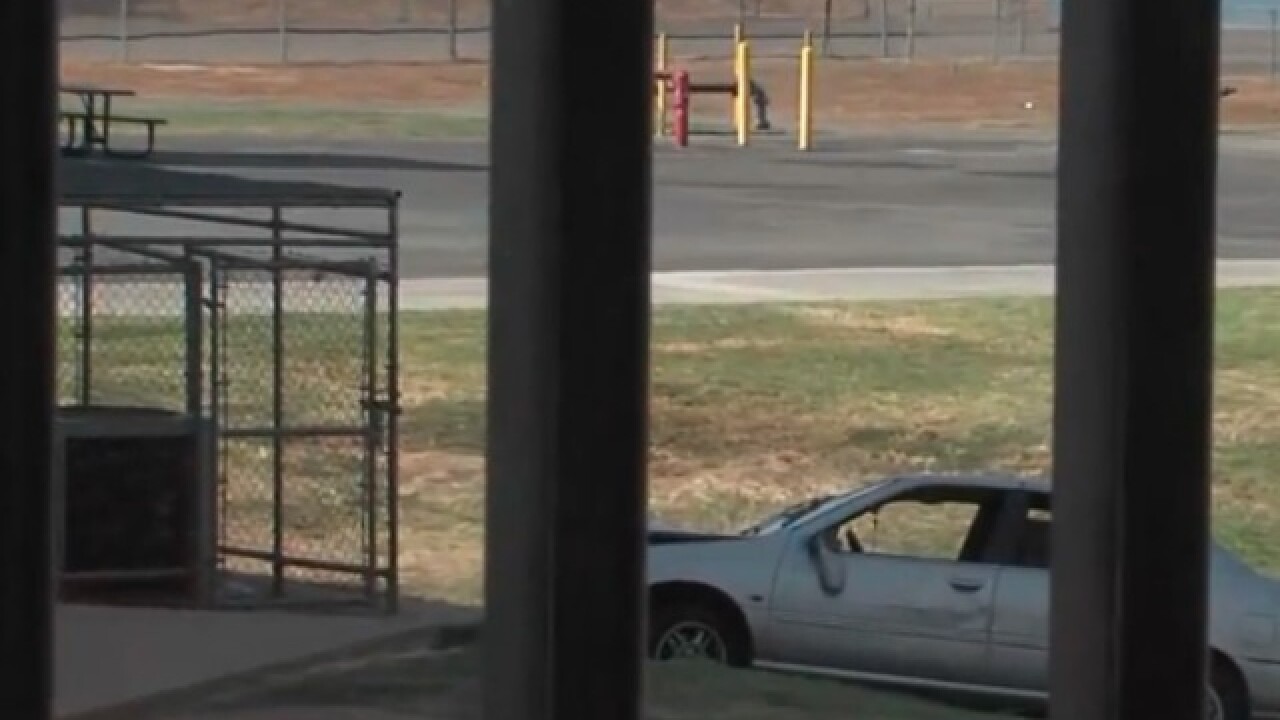 ESCONDIDO, Calif. (KGTV) - A car driven by a 75-year-old woman plowed through a fence at an Escondido school and struck a woman and her 11-year-old daughter Thursday afternoon.

The crash happened just as school was letting out at Hidden Valley Middle School, according to Escondido police.

Police said the driver was picking up her two grandchildren when she apparently became confused and drove through an iron fence. In the ensuing chaos, the woman’s car hit an 11-year old girl, her mother and a 13-year-old boy.

The 11-year old girl and her mother were taken to the hospital via ambulance. The severity of their injuries was not disclosed.

The boy was treated and released on the scene.

The driver's 13-year old granddaughter, who was a passenger in her car, suffered injuries to the face. She was airlifted to the hospital.

Police said all victims are expected to make full recoveries.

Investigators noted that there were no skid marks leading up to the section of the fence that the car drove through.

The school's principal sent out the following letter to parents:

“A few minutes after dismissal today, a vehicle that was picking up one of our students in the East Parking Lot drove through our fence hitting two of our students and one parent. A student who was in the vehicle was also injured. Our staff responded immediately and contacted paramedics. All of the individuals received immediate medical attention. The adult and one student were transported to the hospital by ambulance. And one student was airlifted to the hospital. They are all currently receiving medical care. Because many of our students witnessed this event, we will be sharing information with them first thing in the morning during our Raider Time. Additional counseling support will also be available. Please communicate with our school if you feel your student will benefit from this support. As always, the well-being of our students is our first priority. We ask for your continued support in ensuring the safety of our students and families during arrival and dismissal.”

Video from Sky10 shows the scene following the crash: