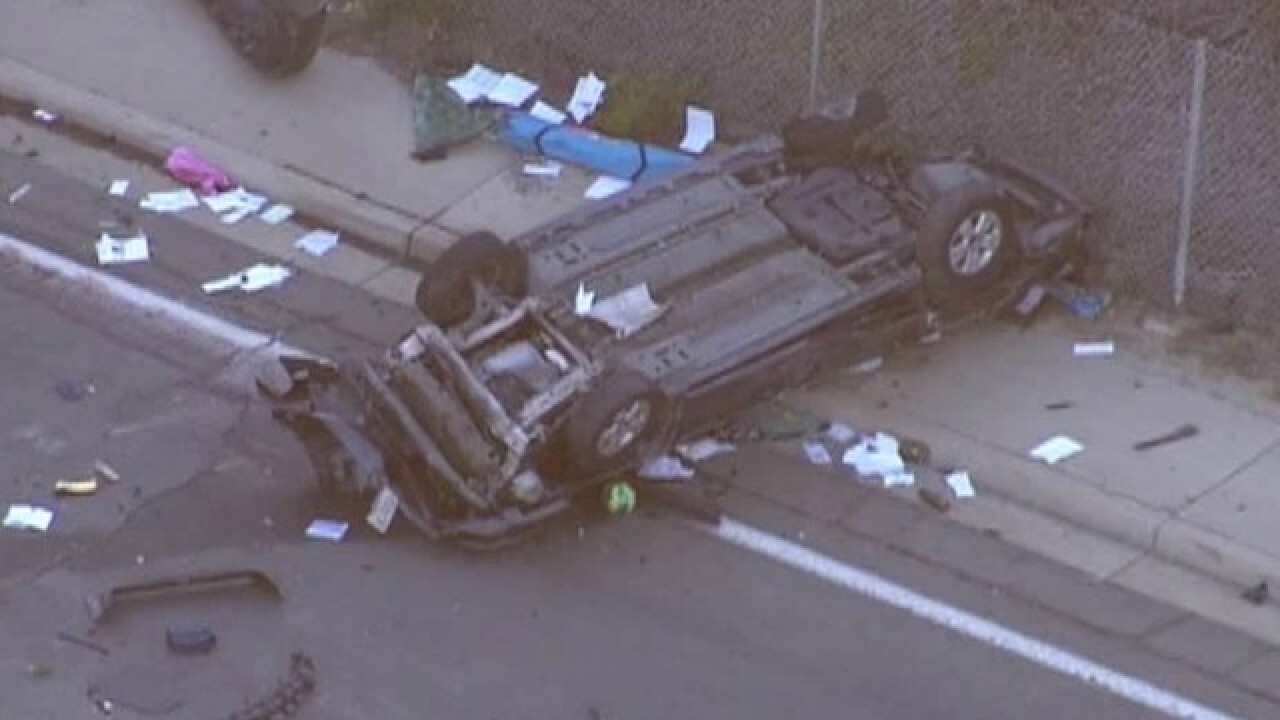 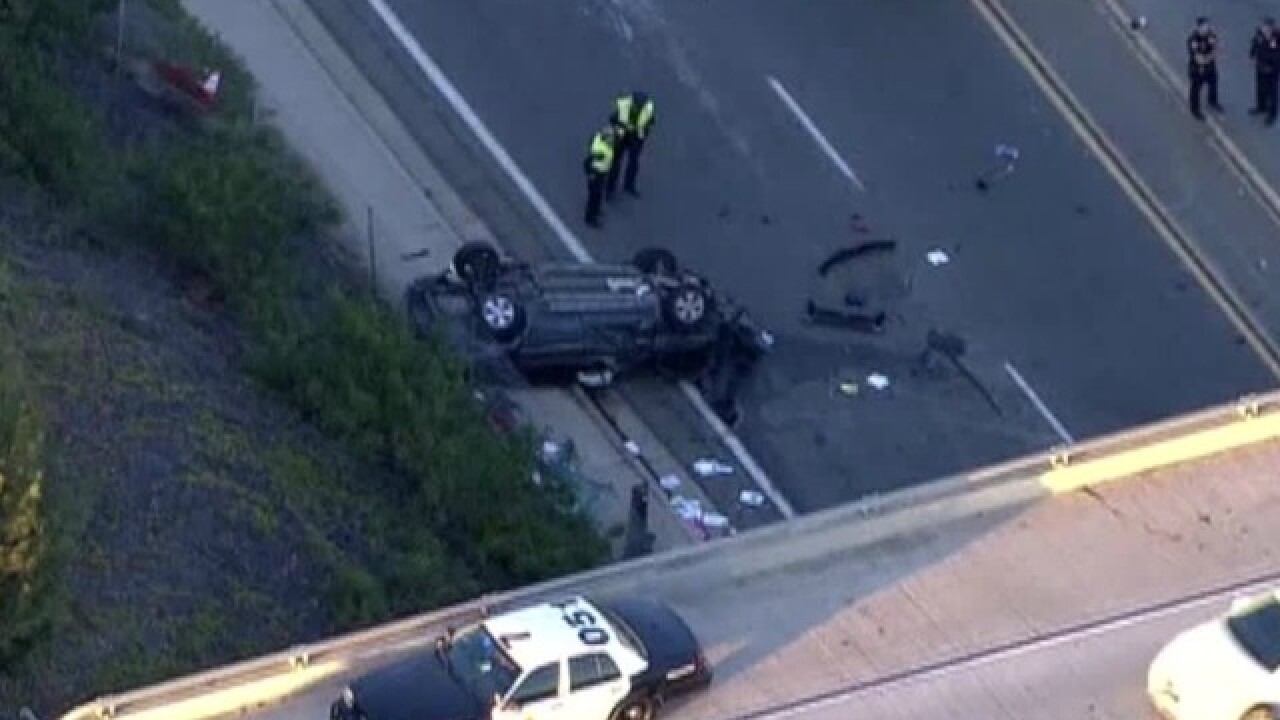 One of the involved vehicles overturned during the wreck, which occurred shortly before 5 p.m. on Smythe Avenue, near State Route 905, according to the California Highway Patrol.

Medics took the patients to a hospital for treatment of injuries of undetermined severity.

The accident left traffic lanes blocked in the area into the early evening.