Camp Fire burns thousands of acres in hours near Paradise 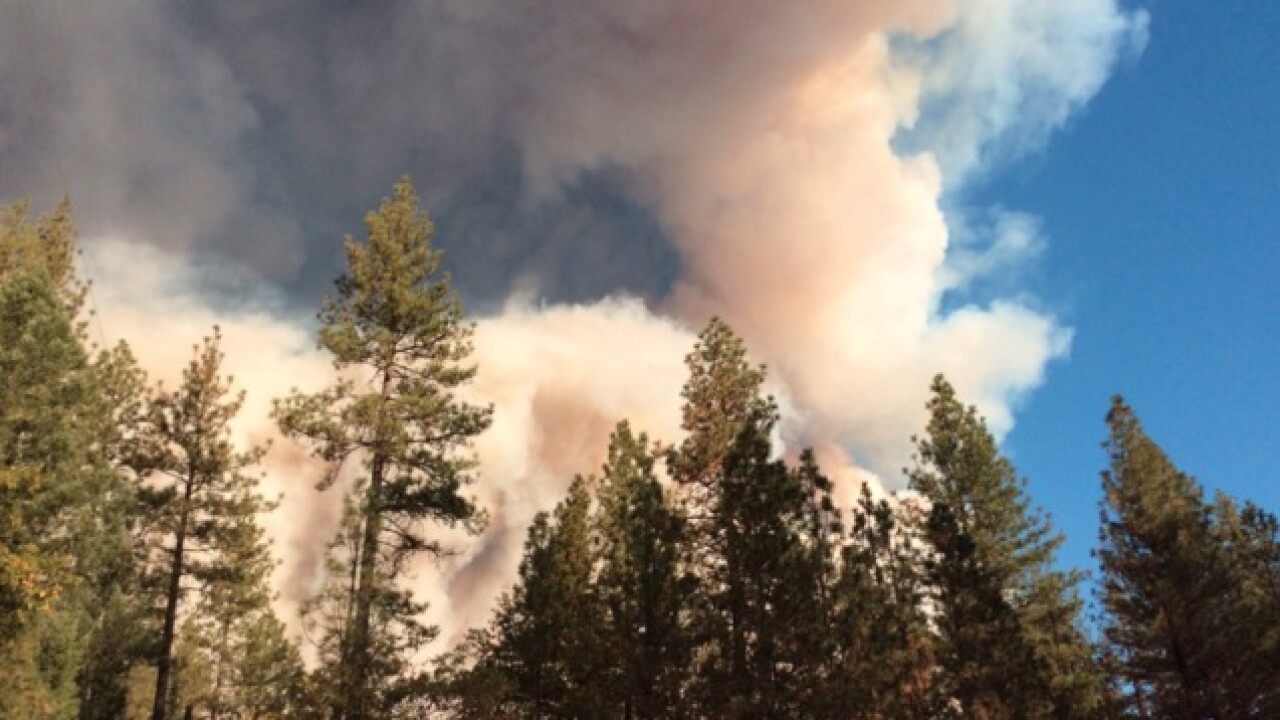 (KGTV) — A rapidly-spreading wildfire tore through thousands of acres in Northern California Thursday, as strong winds and low humidity brought a red flag warning to the region.

The Camp Fire sparked at about 6:30 a.m. in the Pulga area, near Paradise, Calif., in Butte County. Within a few hours, the blaze had charred at least 5,000 acres.

By 7 p.m. Thursday, the fire had reached 20,000 acres. Lt. Gov. Gavin Newsom, who is currently acting governor with Gov. Jerry Brown out of the state, has declared a state of emergency in Northern California.

Evacuation orders have been issued for Paradise, Magalia, Concow, Butte Creek Canyon and Butte Valley due to the massive fire, forcing at least tens of thousands of residents to leave. Cal Fire has posted evacuation zones online here.

Pacific Gas & Electric Company has shut off power to some customers in the area and suspended natural gas service to Paradise due to the fire, according to the Associated Press.

Cal Fire spokesman Rick Carhart told the Associated Press that "every engine that we could put on the fire is on the fire right now, and more are coming."

It hasn't been confirmed whether any structures have been damaged, but the town of Paradise suffered "significant structure loss," according to the Oroville Mercury-Register.

No injuries to life have been confirmed as well. Check out the interactive map below for road closures in the area:

Smoke from the #CampFire will continue to spread across NorCal, likely over the next few days. #cawx pic.twitter.com/LV7oyAqUVO