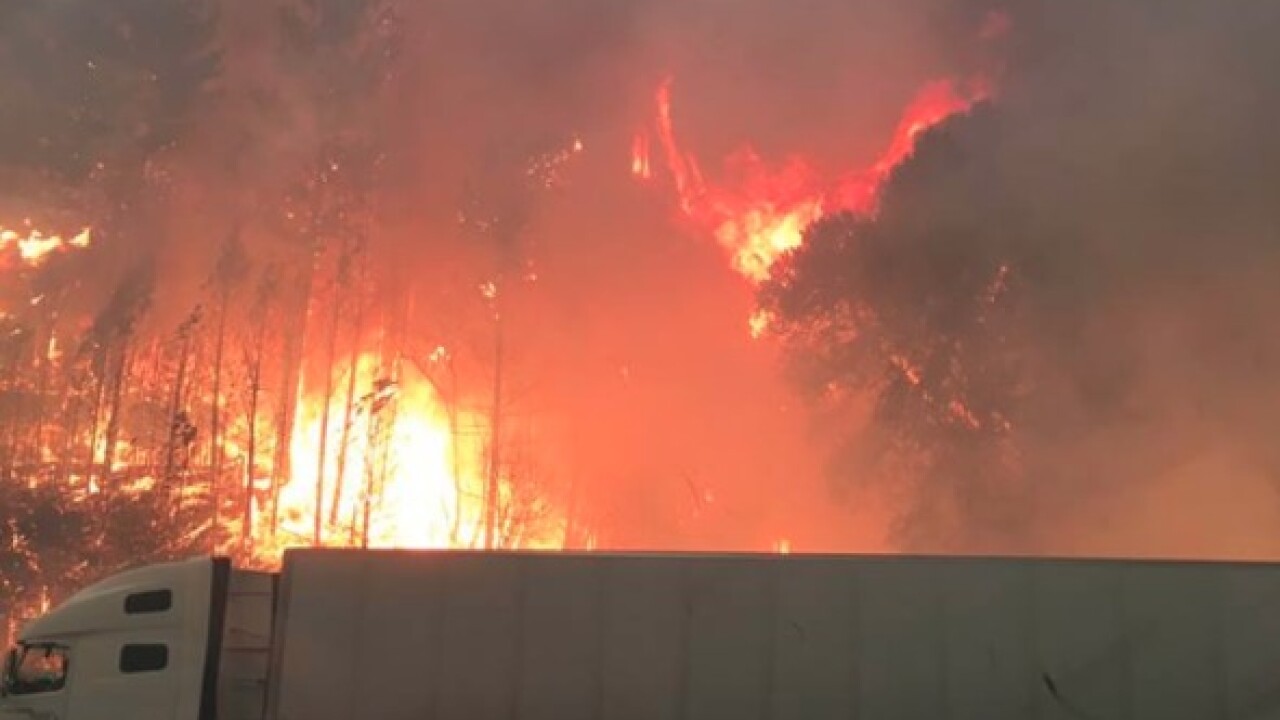 The wildfire in Shasta County was reported Wednesday afternoon and within hours was "approximately 500 acres and growing," said Kerry Greene, a spokeswoman with the Shasta-Trinity National Forest, a wilderness area about 200 miles (320 kilometers) north of San Francisco.

Footage posted by KRCR-TV of Redding showed flames and plumes of dark smoke in the distance as cars drove out of the area and some trucks and vehicles were left abandoned on the side of the interstate.

The road was closed from 10 miles (16 kilometers) north of Redding to an area 4 miles (6.5 kilometers) south of Mount Shasta. The Delta Fire was not immediately burning near large towns but was threatening a number of structures in an area of campgrounds, recreational residences and cabins, Greene said.

It comes just weeks after a devastating fire destroyed nearly 1,100 homes and killed eight people in the same area. That blaze, the Carr fire, was declared contained just last week.

Greene said officials had no containment of the Delta Fire. Several air and ground forces were on the scene and more were on the way.

The Shasta County Sheriff's office was evacuating people on both sides of Interstate 5. An evacuation center was set up at the Mount Shasta Community Center.

State Route 108 was closed from the Alpine-Mono county line to U.S. 395, which was already shut down in the mountainous region about 200 miles (320 kilometers) east of Sacramento, the California Department of Transportation said.

Additional firefighting resources were summoned as the blaze grew to more than 4½ square miles (11.6 square kilometers).

The U.S. 395 closure extended from the town of Bridgeport to just south of the community of Walker, Caltrans said.

To the west, another fire in El Dorado County prompted some evacuations and road closures.