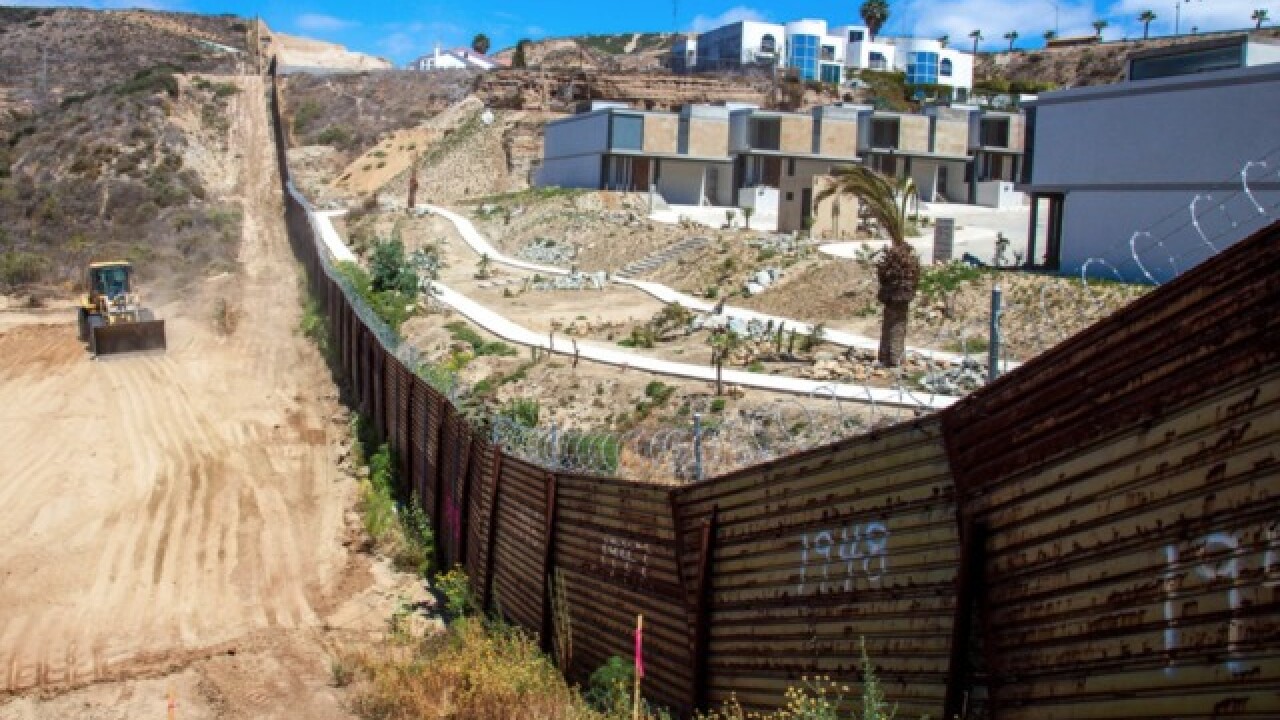 PASADENA, Calif. (AP) — A legal challenge to the Trump administration's planned border wall Tuesday hinged on whether the state of California and environmental groups can even fight such a project in lower courts.

A three-judge panel of the 9th U.S. Circuit Court of Appeals struggled with a law that gave the Homeland Security secretary broad authority to waive all laws to expedite constructing sections of border wall. The law also restricted some legal challenges to the Supreme Court.

Attorneys for the state and environmental organizations argued that the 2005 law had expired and the court should consider their claims that the federal government overstepped its authority and must comply with environmental laws.

At issue before a three-judge panel in Pasadena, California, is a 2005 law that gave the Homeland Security secretary broad authority to waive all legal requirements, including the National Environmental Policy Act, Clean Air Act and Endangered Species Act. Those laws require time-consuming reviews and are subject to prolonged legal challenges that can delay or even derail projects.

The case heard Tuesday is an appeal of a decision by U.S. District Judge Gonzalo Curiel of San Diego, who sided with the administration in February. The president had repeatedly berated Curiel during the 2016 campaign over an unrelated case involving fraud allegations and now-defunct Trump University.

About 15 demonstrators gathered outside the courthouse Tuesday morning chanting, "Stand up, fight back" and carrying signs that said, "No walls in the wild" and "Freedom for immigrants."

California argued that the waiver authority expired in 2008, when Homeland Security satisfied congressional requirements at the time on how much wall to build. It was joined in the appeal by the Center for Biological Diversity, the Sierra Club, Defenders of Wildlife and Animal Legal Defense Fund.

"It was a truncated Congressional debate from 13 years ago," attorney Brian Segee of the Center for Biological Diversity, who did not argue the case, said outside court. "All the discussion was, 'We want to complete the San Diego wall.' Now all that has been translated to 'We have the authority to waive all laws forever and in perpetuity.'"

The administration has issued three waivers in the last year, two to build in parts of California and one in part of New Mexico. President George W. Bush's administration issued the previous five waivers, allowing the government to quickly extend barriers to about one-third of the border.

RELATED:  Trump: 'I would have no problem doing a shutdown' if no action on immigration

Trump is seeking $25 billion over 10 years for the border wall and other border security technology and has held out the possibility of a government shutdown if Congress doesn't fund one of his signature campaign pledges. The administration received $1.6 billion this year and has requested the same amount in next year's budget, largely to build in Texas' Rio Grande Valley.

Legal challenges to border barriers have failed over the years amid national security concerns. The Congressional Research Service said in a report last year that it saw no legal impediments to construction if deemed appropriate for controlling the border.