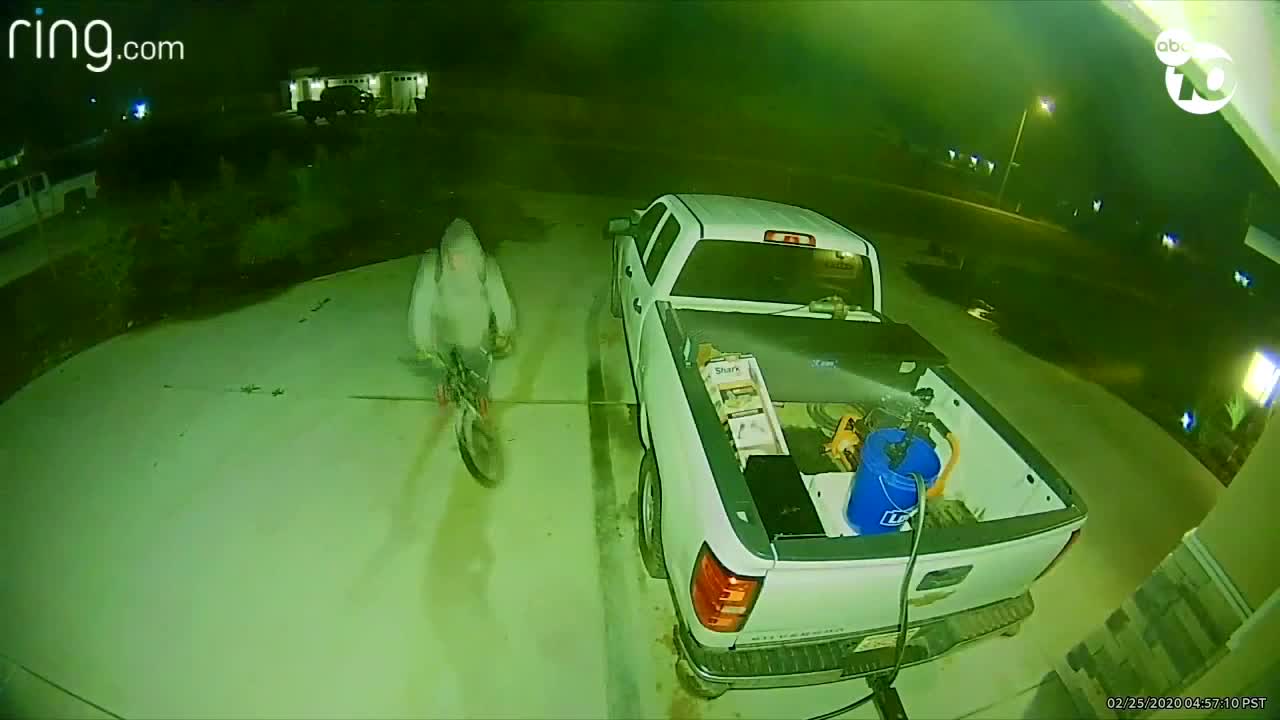 A Southern California resident decided she's had enough of thieves prowling her neighborhood and took matters into her own hands -- and a water hose. PORTERVILLE, Calif. (KGTV) -- A Southern California resident decided she's had enough of thieves prowling her neighborhood and took matters into her own hands -- and the help of a water sprinkler.

Katie Camarena, of Porterville, says crooks have been stealing tools and other items from area cars.

Camarena took a different and more creative approach. She opted to cool off these overnight bandits using a sprinkler.

"We decided to have a little fun with a motion-activated sprinkler that has an impressive amount of pressure."

The trap proved to be very effective.

Ring video captured early Tuesday morning and posted on her Facebook page shows someone on a bike with their face covered roll up her driveway. The person reaches her truck when he's met with a powerful jet of water. Even the sound of the sprinkler sounds petrifying.

The person on the bike quickly ducked, spun the bike around, and peddled off.

Camarena's Ring video went viral leading to questions from users asking where they can get their hands on this super soaking theft deterrent.

"Many have asked where it’s from. Just got it on Amazon! Here’s the link: https://amzn.to/38aAE9Q," she posted.