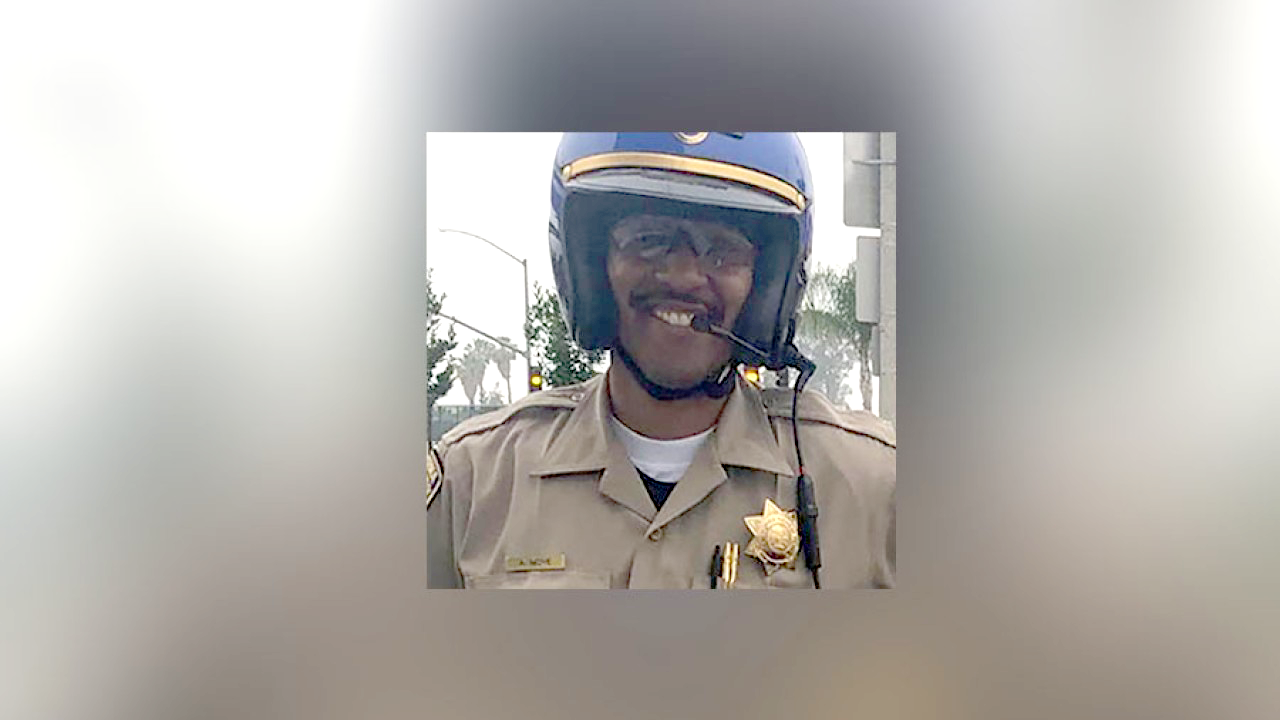 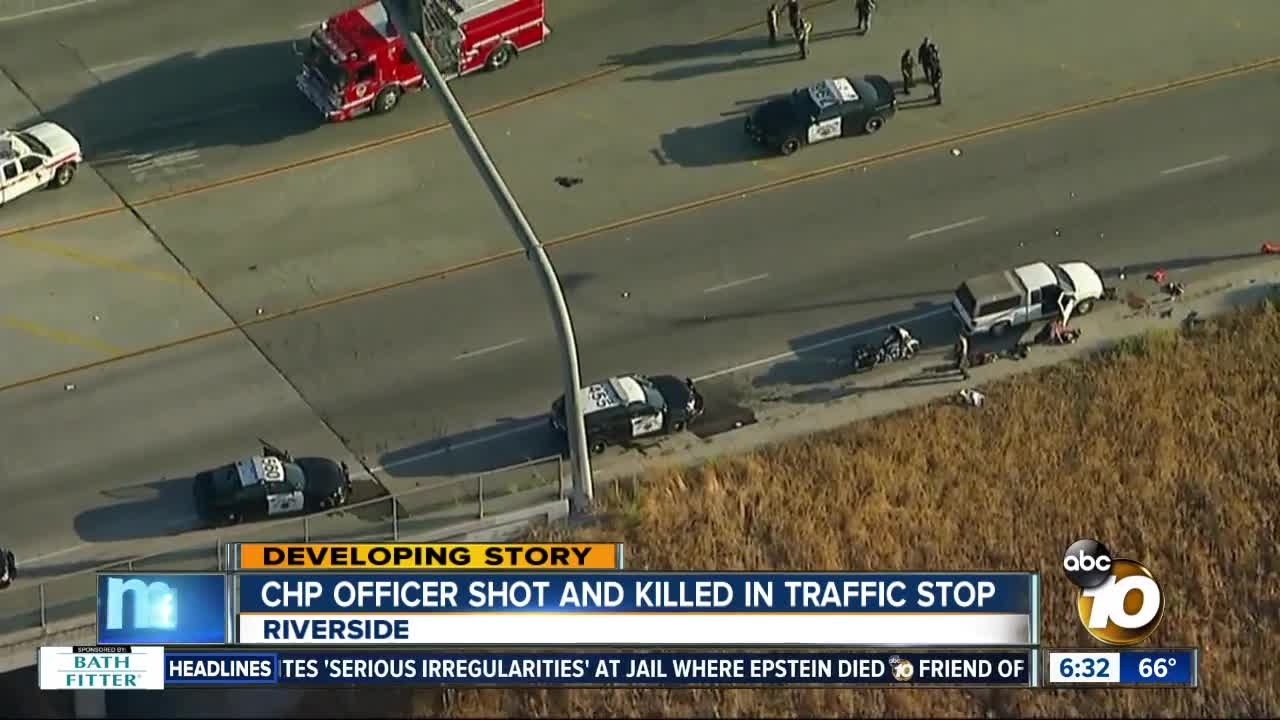 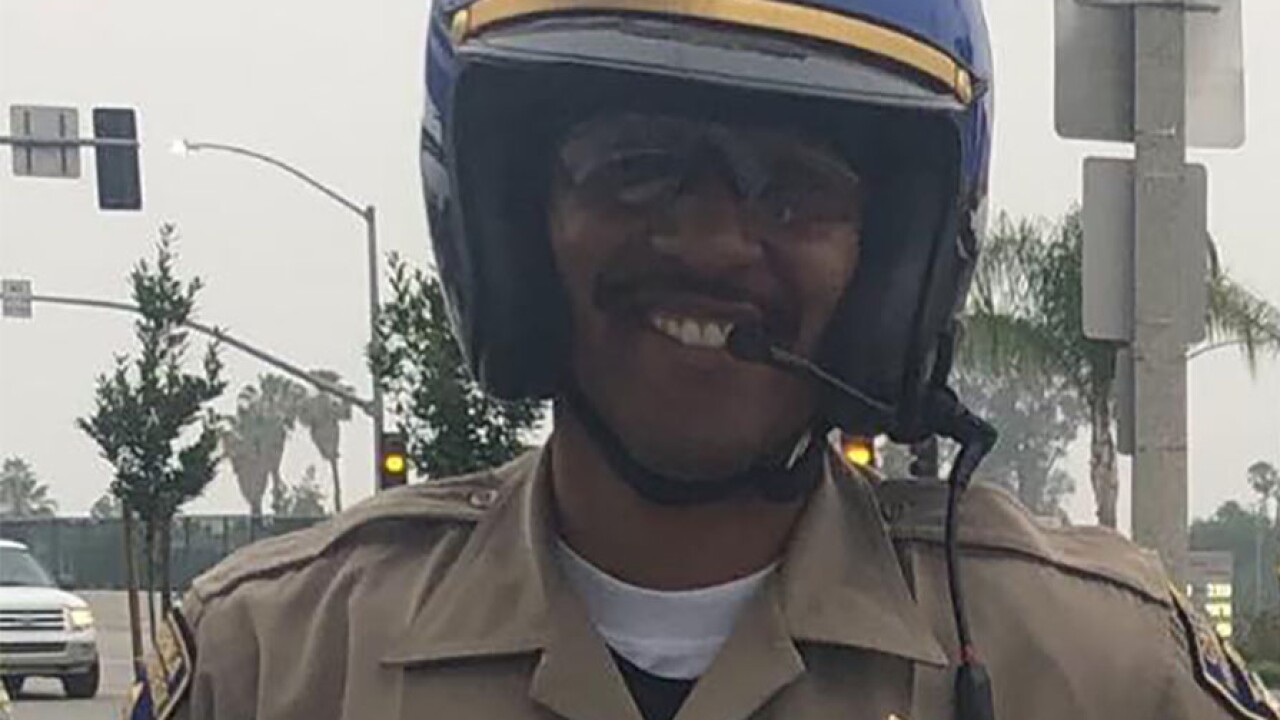 Debbie Howard, Moye’s stepmother, told reporters she texted him when she happened to see numerous squad cars speed past her.

“I said, ‘Junior, are you alright?’ and never heard back from him …,” Howard said.

Howard described her stepson as a kind person who loved his job.

“We lost a really, really kind-hearted, great person. We’ll never get another like him. I’m not just saying it because I know him and I love him. He was a great person,” Howard said.

According to Howard, it was Moye’s dream to be a highway patrol officer, but after his death, she’s adamant that Moye’s brother won’t follow in his footsteps.

“His brother wants to be in highway patrol and that’s not going to happen now,” said Howard.

In a message posted on Twitter late Monday evening, CHP Commissioner Warren Stanley said: “I am devastated by the tragedy that unfolded earlier in Riverside. Tonight, I mourn the loss of one of our own, CHP Officer Andre Moye, who was killed during a shootout following a traffic stop. Prayers go out to all, including the responding officers injured in the shooting.”

“He was very caring and giving person," said Dance, who had met Moye during motorcycle training. “He was the type of guy that everybody liked.”

Gov. Newsom issued this statement on Moye’s death: “Jennifer and I extend our heartfelt condolences to the family, friends and fellow officers grieving the tragic loss of Officer Moye, who will be remembered for his commitment to serving the Riverside County community and the people of California."

Two other CHP officers were injured in the shooting, which erupted during a traffic stop on a street near Interstate 215 just after 5:30 p.m.

Authorities said the suspect, identified by family members as Aaron Luther, was driving a GMC pickup truck when he was stopped by Moye.

Moye was preparing paperwork to have the truck impounded when, according to authorities, the truck’s driver grabbed a rifle from the truck and shot at Moye.

Three officers arrived at the scene, with two of them immediately exchanging gunfire with truck’s driver and were then hit.

A fourth officer responded and killed the driver during the shootout.

Investigators did not immediately release detailed information on the traffic stop or on the suspected gunman.

I speak for everyone within @SanDiegoPD when I say we are saddened and heartbroken about the death of our @CHPInland brother last night. It’s another reminder of the danger all officers face, daily. We stand with all @CHP_HQ in this trying time. Our hearts and prayers are w/ you

Our hearts are broken over the tragic death of CHP Officer Andre Moye. Prayers for his family & all law enforcement . R.I.P. brother. @CHPInland @ChpRiverside #LODD pic.twitter.com/UNlgIM4QJE