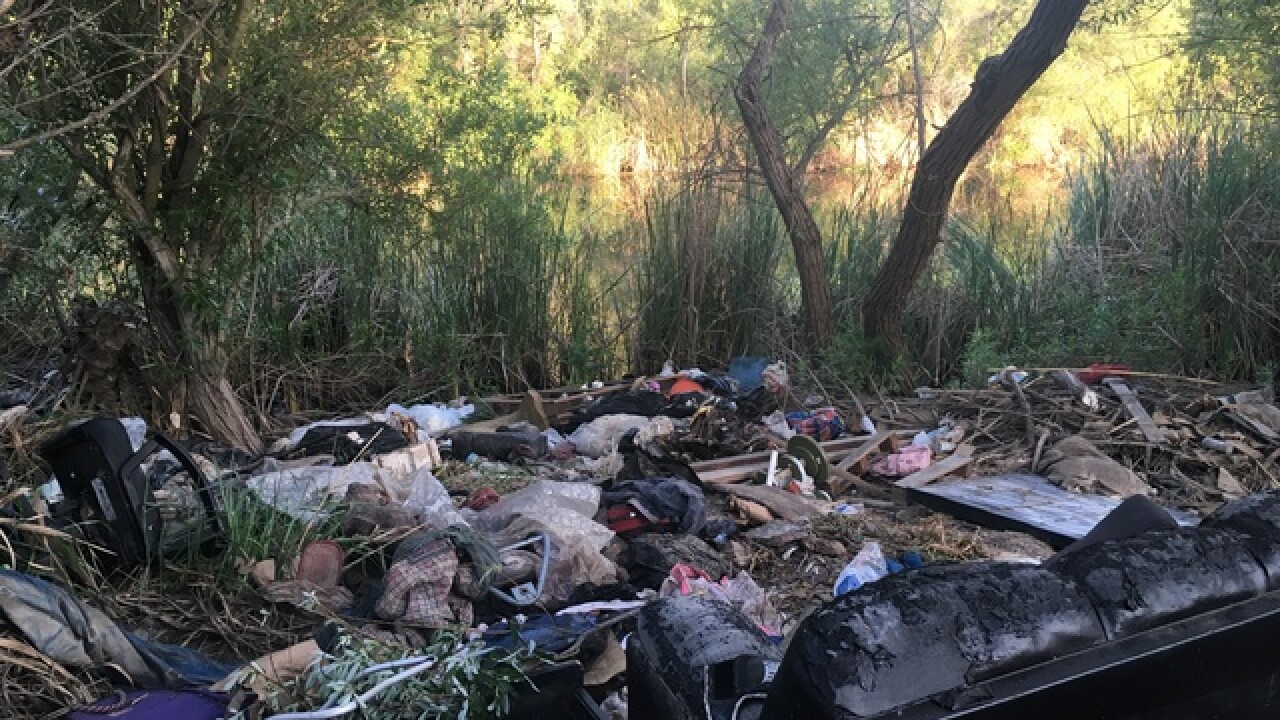 Contributed: City of San Diego
<p>City leaders and volunteers will begin the clean up process of a former homeless encampment along the San Diego River Wednesday, April 26, 2017.</p>

MODESTO, Calif. (AP) — California police say a homeless woman sleeping in a cardboard box was struck and killed by heavy machinery operated by a road crew clearing a homeless camp.

The Modesto Bee reported Wednesday that 33-year-old Shannon Marie Bigley was killed Aug. 1 in a grassy field alongside a highway where a homeless camp was built.

Modesto police say the incident occurred while a California Department of Transportation crew was attempting to clear the encampment about 90 miles east of San Francisco. Details on the machinery was not disclosed.

A Caltrans comment expressed sympathy for the victim's family.