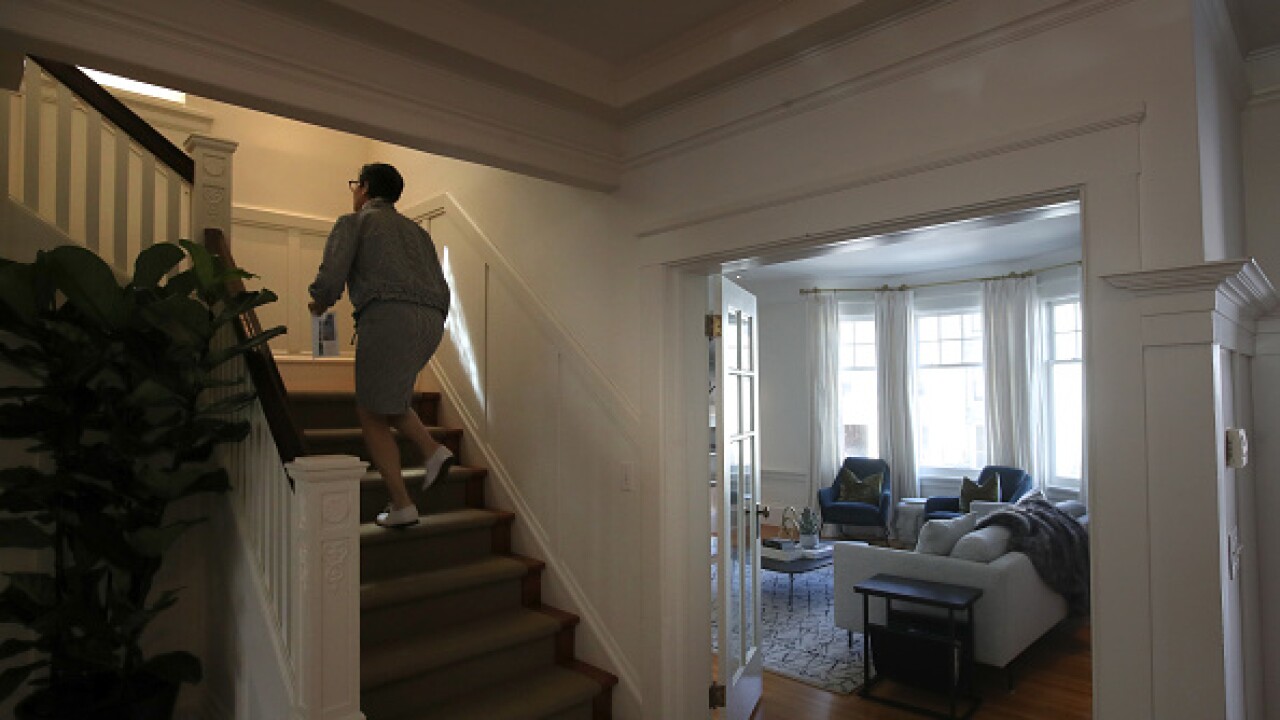 Justin Sullivan/Getty Images
SAN FRANCISCO, CALIFORNIA - APRIL 16: A real estate agent tours a home for sale during a broker open house on April 16, 2019 in San Francisco, California. In the wake of several tech company IPOs, San Francisco is bracing for its already expensive real estate market to get even more expensive. Workers for companies that are debuting on the stock market could become millionaires overnight and look to spend their new wealth on property. (Photo by Justin Sullivan/Getty Images)

SACRAMENTO, Calif. (AP) -- California lawmakers won't move forward this year on a plan to build denser housing in some single-family-home neighborhoods and closer to transit stations and jobs.

The Senate Appropriations Committee voted Thursday to make the proposal a two-year bill, meaning action will be delayed until next year.

The legislation was one of the more contentious proposals related to California's housing storage. Backers including tech companies and trade unions have argued allowing more homes around transit stations and loosening other rules could curb California's housing crunch.

Making It in San Diego: Buy a deeply discounted condo

But critics say the measure threatened to change the character of some neighborhoods, worsen traffic and override local decision makers.