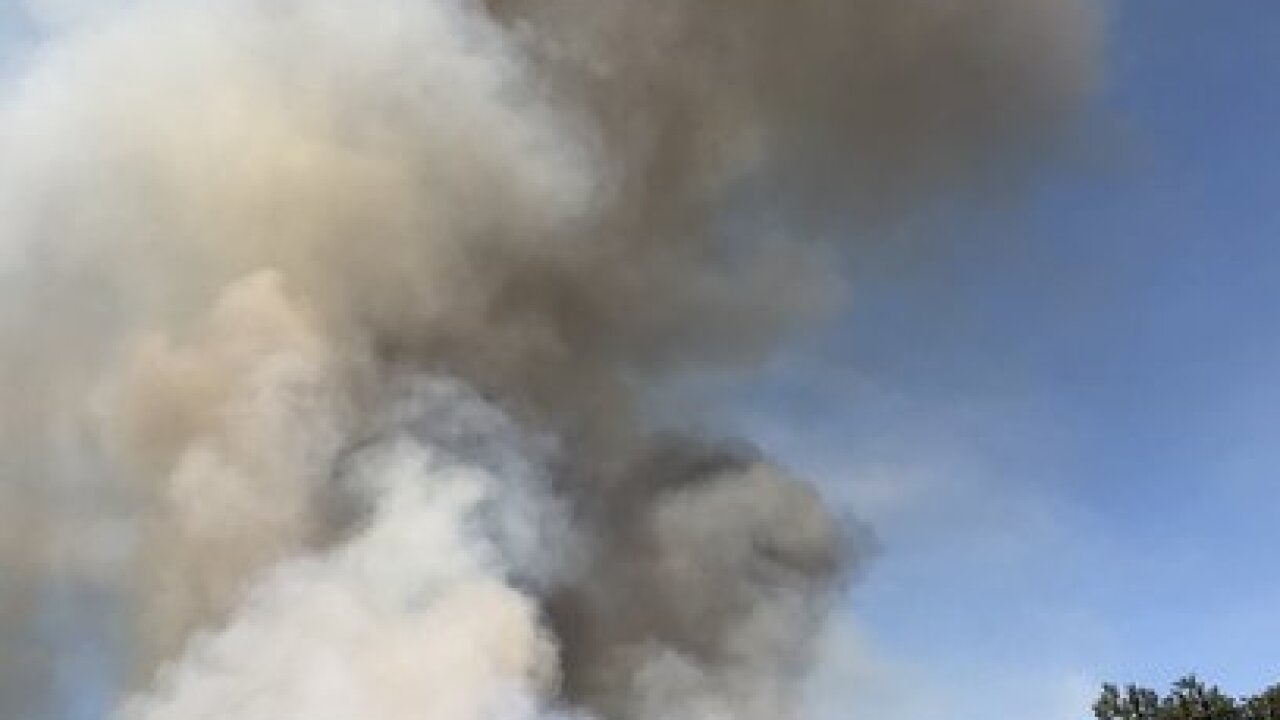 (KGTV) – Interstate 15 through the Cajon Pass was shut down Wednesday due to a brush fire burning nearby.

The fire, dubbed the Keenbrook Fire, began around 11 a.m. near Kenwood Avenue and Cajon Boulevard, according to the San Bernardino County Fire Department. The fire had grown to 50 acres with a rapid rate of spread and 30 percent containment as of 5 p.m.

As of 3 p.m., I-15 had been opened in both directions, with lane restrictions on the southbound side.

Video from just below a fire retardant drop at the #KeenbrookFire . #Caltrans8 pic.twitter.com/XLRsgW4zY4