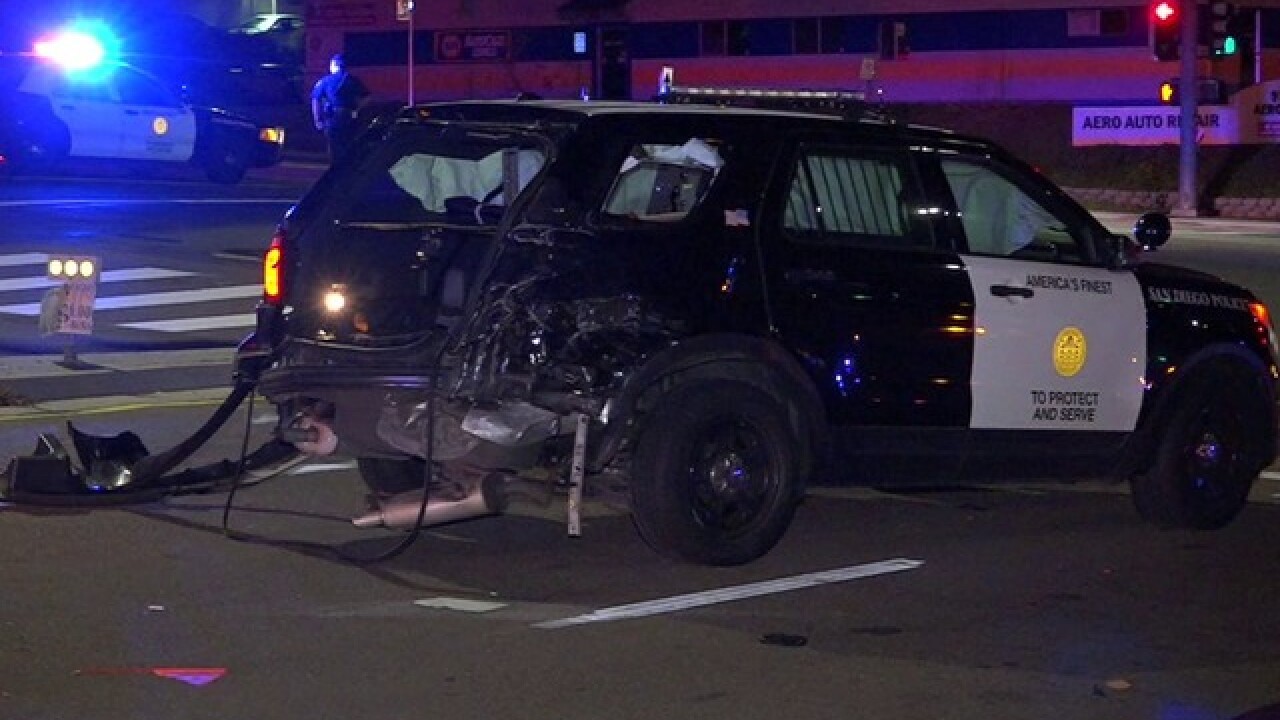 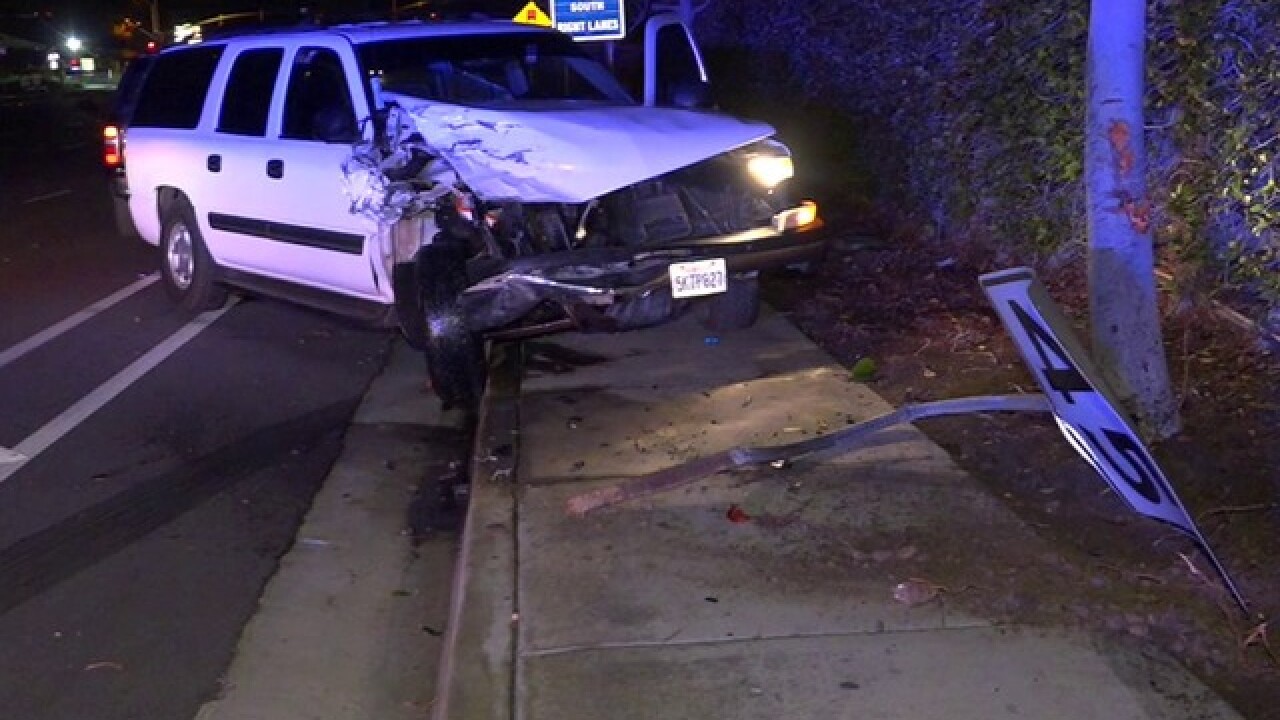 By: 10News Digital Team
Posted at 5:19 AM, Mar 07, 2016
SAN DIEGO – A vehicle burglary suspect smashed into a San Diego police patrol SUV during a bizarre series of events early Monday morning in Serra Mesa.
According to San Diego police, the incident began at 3:30 a.m. when the suspect broke into a black Chevrolet Tahoe that was parked at the Rady Children’s Hospital.
The victim observed the burglary, saw the suspect drive away a white Chevrolet Suburban and decided to give chase in the Tahoe.
The pursuit wound its way eastbound down Aero Drive. At the intersection of Aero Drive and Ruffin Road, the suspect ran a red light and collided into a SDPD patrol SUV that was making a left turn from westbound Aero. The female officer driving the vehicle was unaware of the chase, police said, and just happened to be at the intersection.
The Suburban skidded and smashed into a sign. Officers arrived and arrested the burglary suspect, who was not identified.
No one was seriously hurt. The officer and suspect both had complaints of neck pain.
Eastbound lanes of Aero Drive were expected to be shut down for several hours.
Scripps Only Content 2015