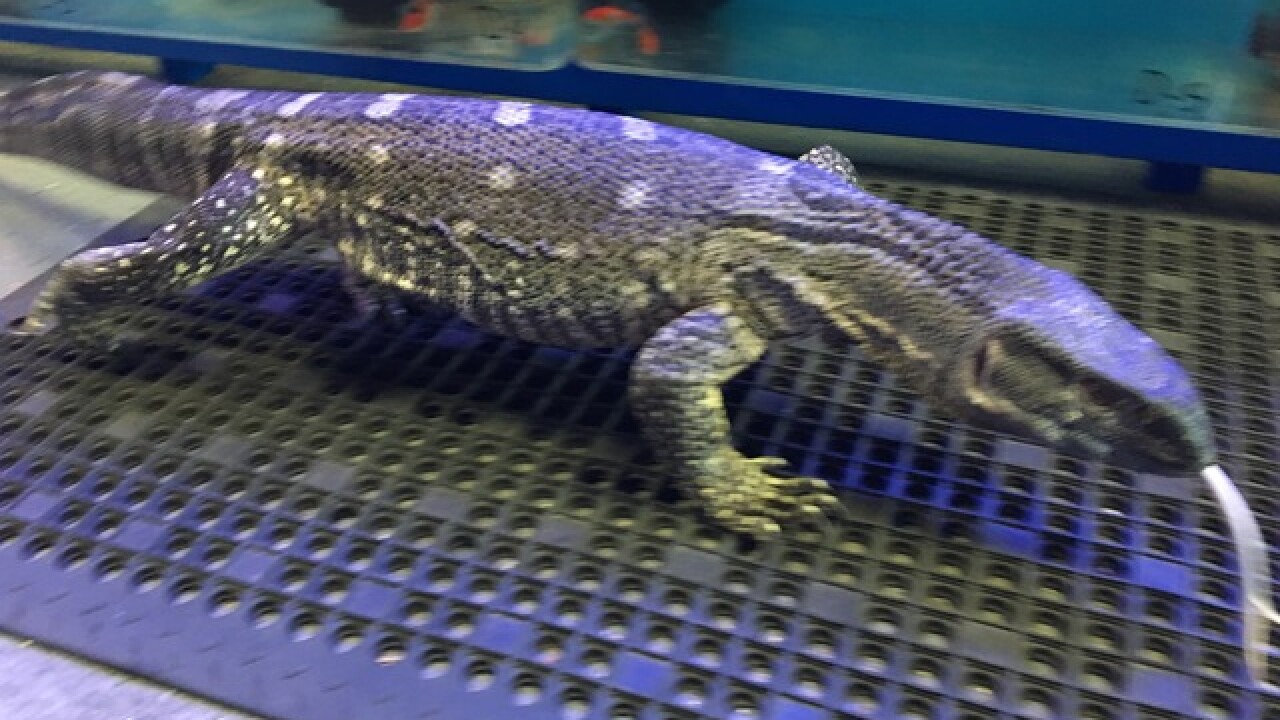 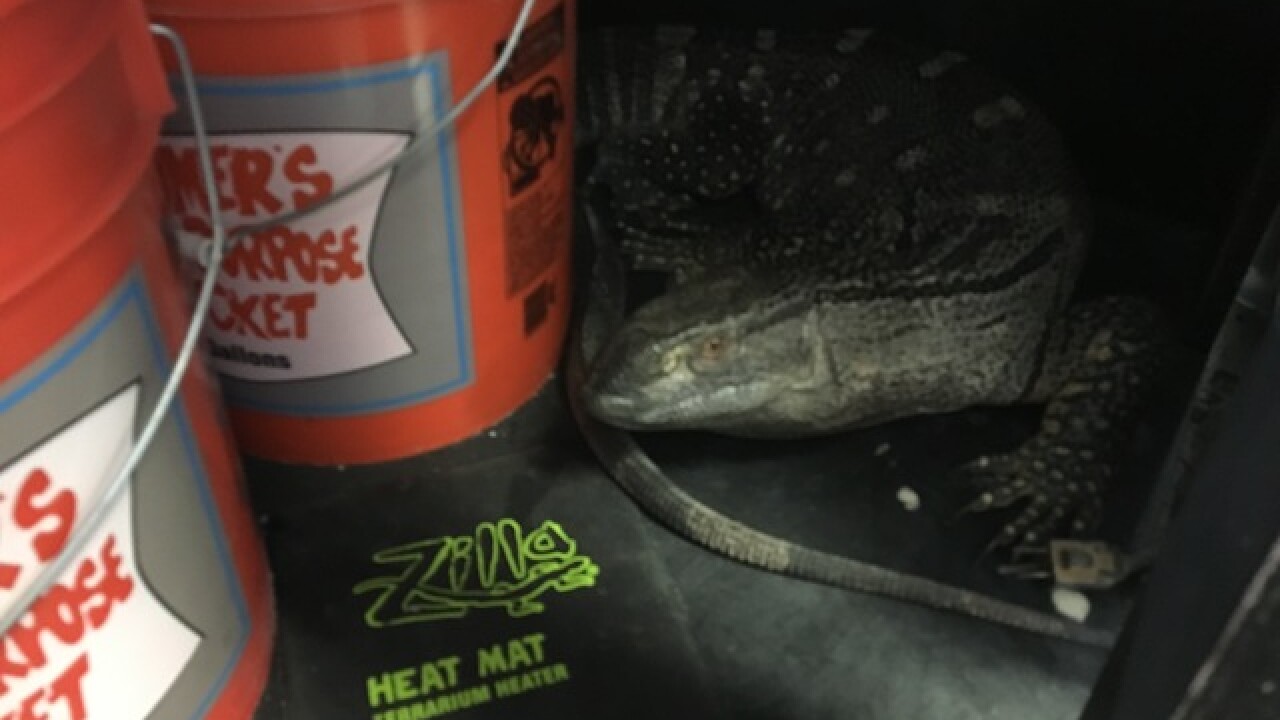 SPRING VALLEY, Calif. (KGTV) - A beloved monitor lizard that slinked away from an East County pet store has been found.

"Bubbles," a six-year-old black-throated monitor lizard, disappeared from Mike's Pets in Spring Valley on Sunday, according to the store's owner Mike Estevez.

Security camera footage inside the store captured Bubbles slip away out a back door and the cage propped against the open entrance.

Estevez told 10News that Bubbles was found Thursday by a volunteer searcher from Los Angeles. The five-and-a-half foot, 35-pound lizard was hiding in brush near the pet store.

The area had been searched at least 10 times, according to Estevez, but was likely sleeping, camouflaged in the brush, or climbed out of sight.

Bubbles was a little dehydrated and hungry when found but was quickly fed, Estevez said.