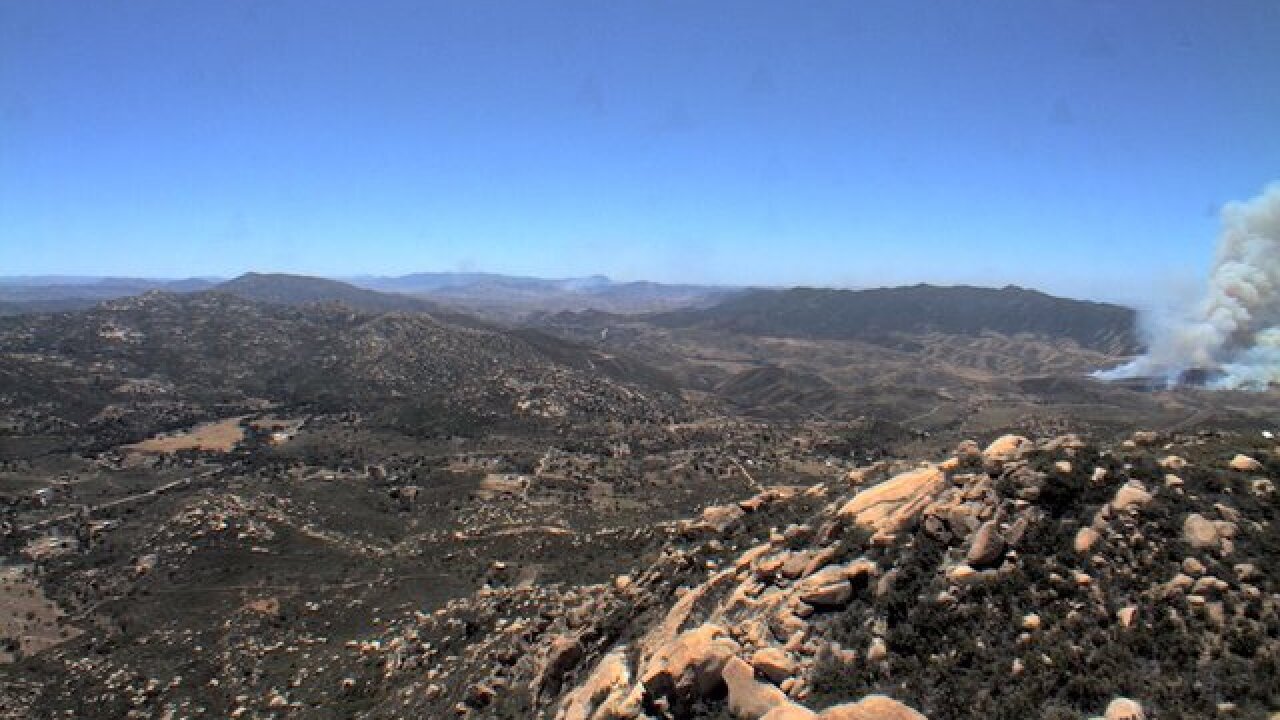 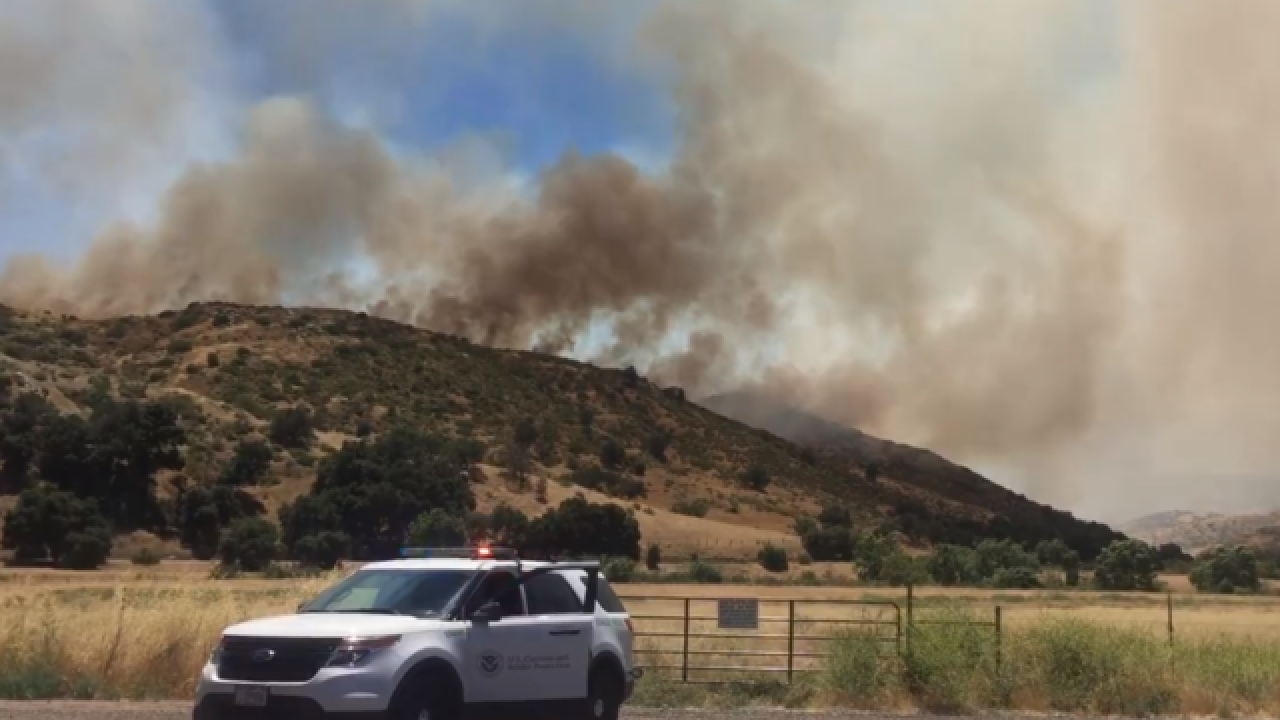 DULZURA, Calif.(KGTV) - A brush fire Saturday broke out north of Dulzura and south of Jamul, closing State route 94 and nearby roads.

Dulzura is under an evacuation warning.  The evacuation point will be the Viejas Casino parking lot.  Pio Pico RV Resort and Campground was evacuated as a precaution shortly after the fire started.

A Chula Vista Police officer who was directing traffic in the area of Otay Lakes Rd. and Wueste Rd. was struck by a vehicle.  The officer suffered serious injuries and was taken to a trauma unit.

Sr-94 has been shutdown in both directions from Honey Springs Rd. to State route 188 as a result. Otay Lakes Rd. is also closed at Wueste Rd.

The cause of the fire has not been determined.

Fire information is available by calling 211 or checking online.

This is a developing story. Stay with 10News as more information becomes available. 10News' Hannah Mullins will be heading to the scene to bring you more later today.

@CALFIRESANDIEGO at scene of a vegetation fire Hwy 94 south of Jamul. IC reports 10 ac and rapid rate of spread.#GateFire

UPDATE: EB/WB SR-94 closed from Honey Springs Rd to SR-188 due to a brush fire. #SDCaltransAlert

The Gate Fire is the latest vegetation fire to strike the region this week. Friday, crews doused a 3-acre vegetation fire near Deer Springs Road in Escondido that threatened homes at one point, though no damages were reported.