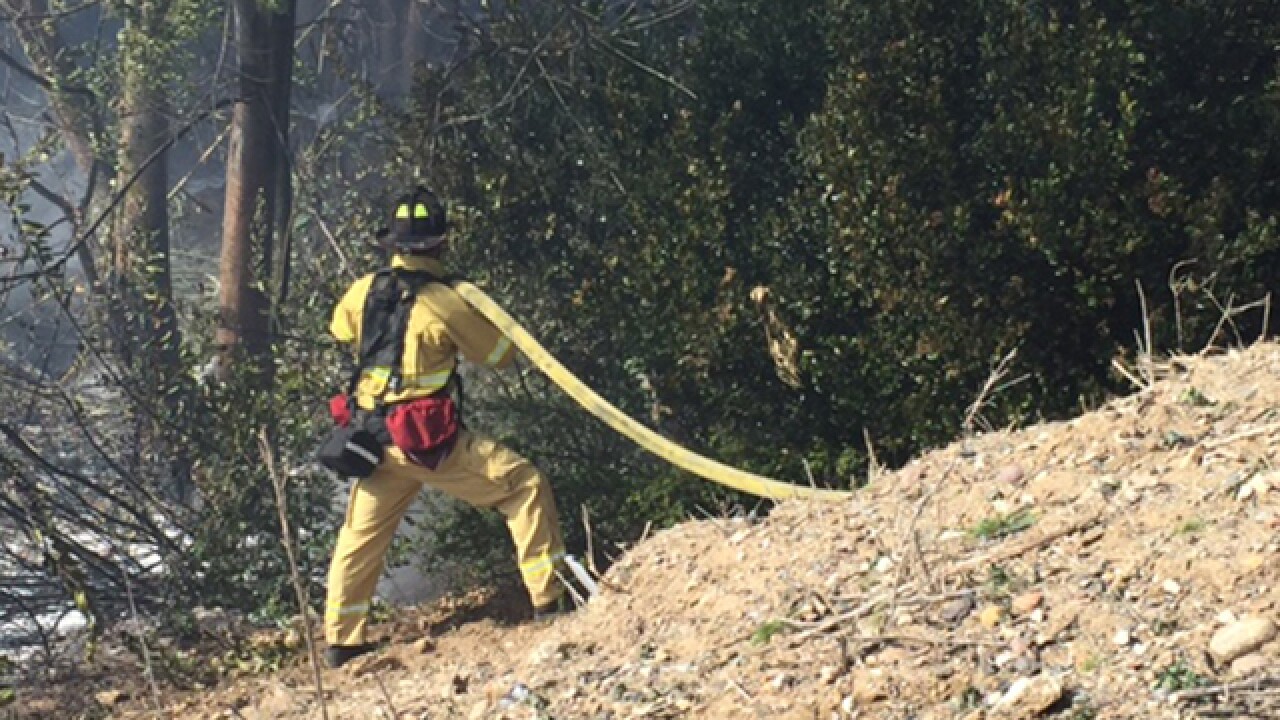 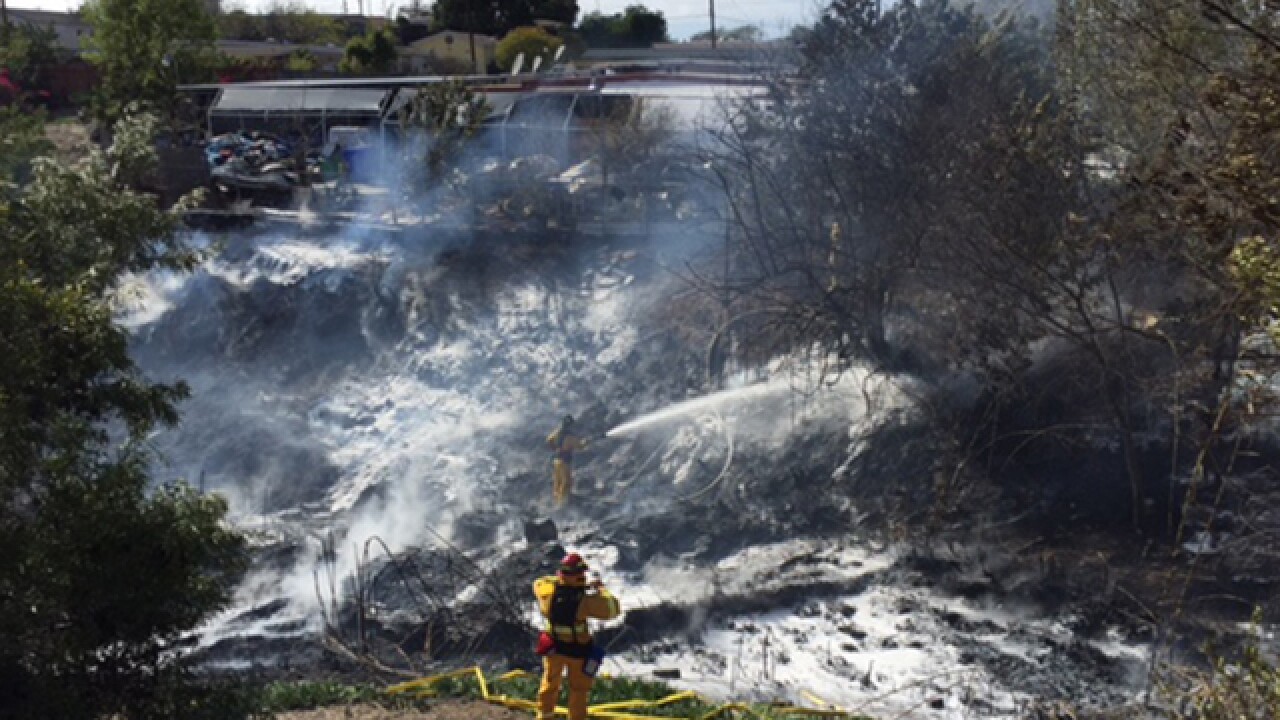 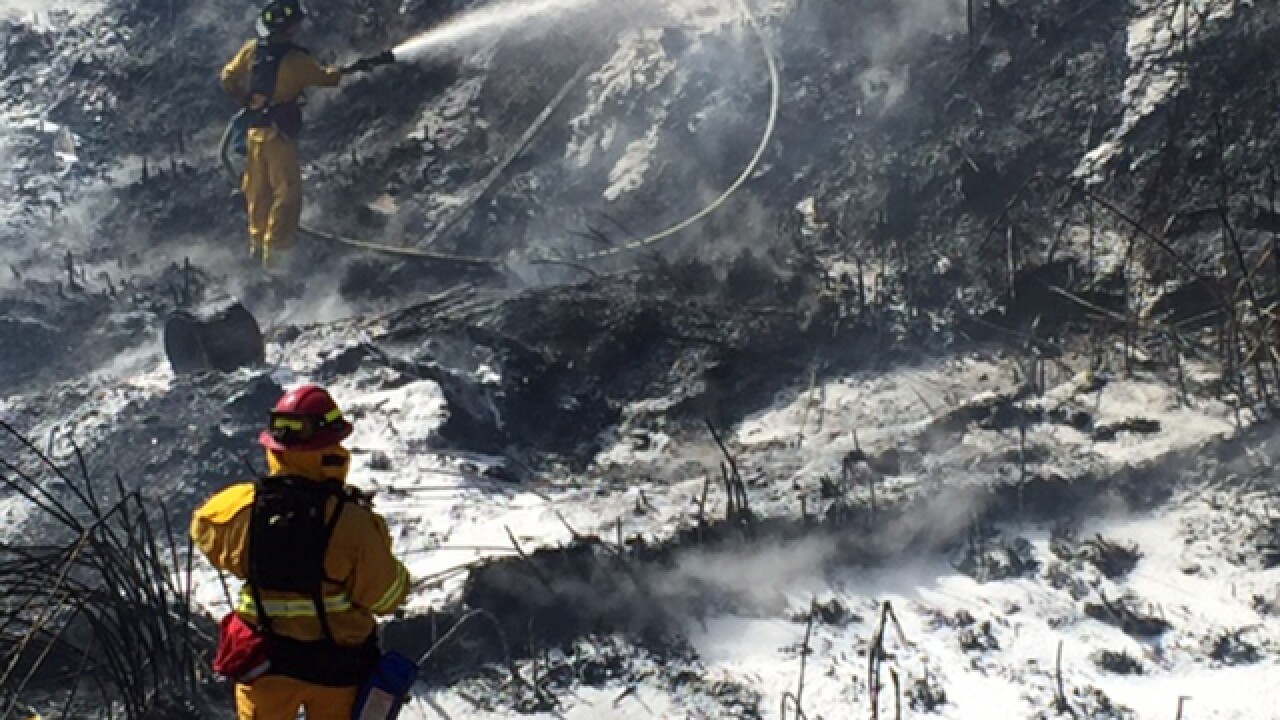 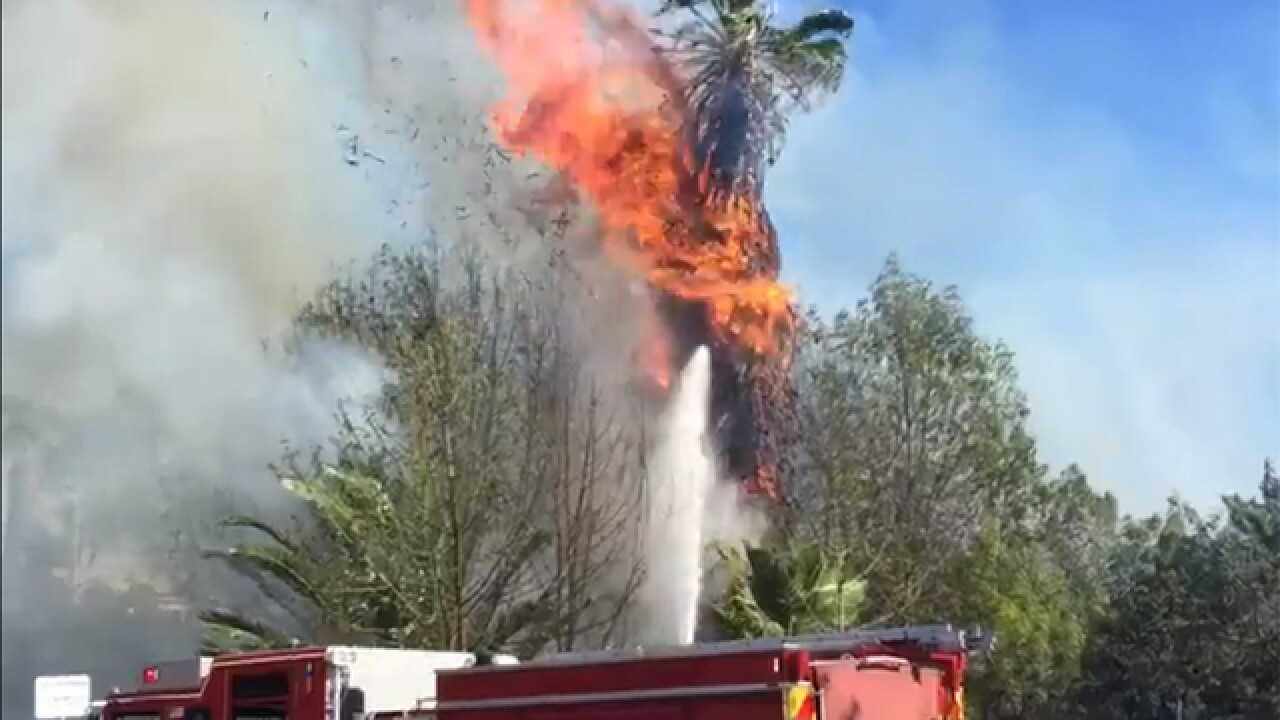 It took engine crews about 20 minutes Wednesday to subdue a fire that blackened about a quarter-acre in a Chollas View field.

The non-injury blaze began spreading about 1:45 p.m. off the 5000 block of Hilltop Drive, near Euclid Avenue, according to the San Diego Fire-Rescue Department.

It was unclear what sparked the flames, which torched a palm tree and charred patches of grass but caused no structural damage, SDFRD spokesman Lee Swanson said.