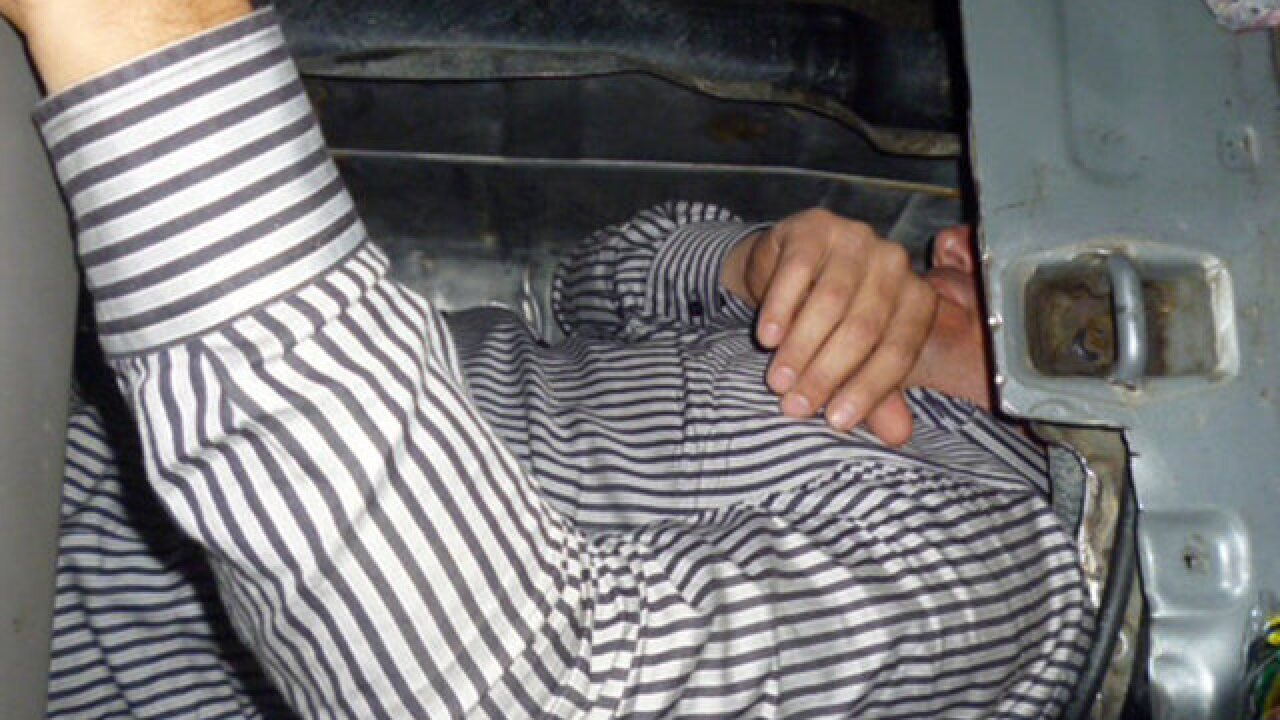 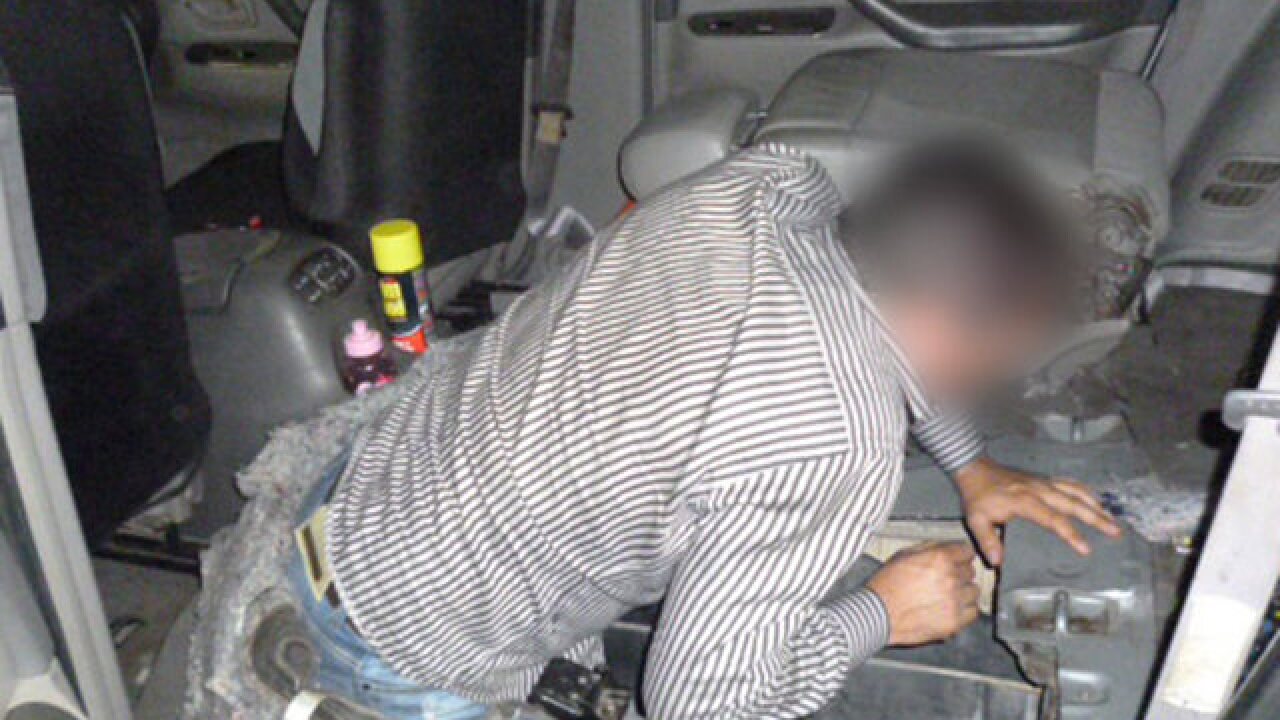 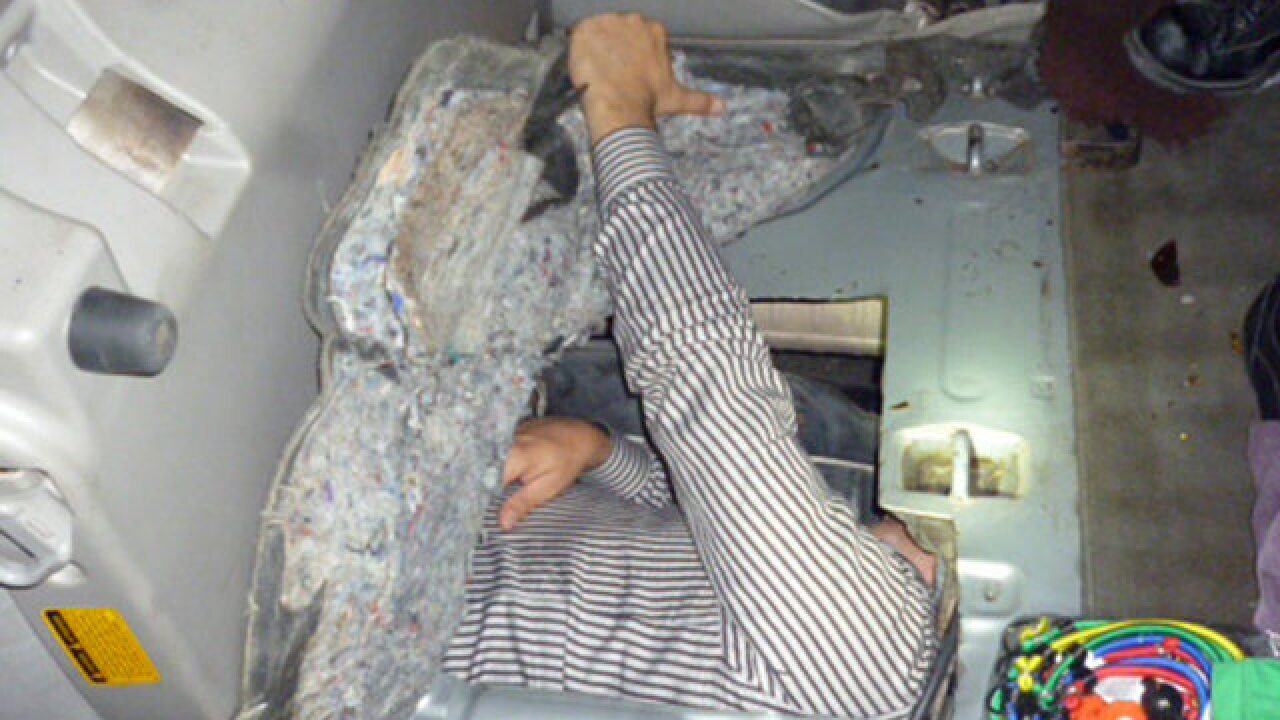 A man was discovered hidden inside an SUV's gas tank at a border checkpoint in Calexico, according to U.S. Customs and Border Protection officials.

The human-smuggling attempt was stopped Tuesday at the Calexico East port of entry, officials said.

Officials said a man, who is a U.S. citizen, entered the port driving a 2001 Toyota Sequoia in the early morning hours of March 1. The vehicle and driver were selected for an extended examination.

Using an imaging system, officers "discovered anomalies in the vehicle's gas tank and under the rear seats." Officers searched and found "a man hidden inside the partially modified gas tank."

The man inside, a 38-year-old Brazilian citizen, was taken in for questioning. CBP officials said officers "confirmed that the man had no legal ability to enter the United States."

The 40-year-old driver, a resident of Calexico, was arrested and will face federal charges, officials said. The SUV was seized by officers.

According to officials, "CBP placed an immigration hold on the Brazilian man to initiate removal from the United States at the conclusion of the driver’s criminal proceedings."

David Salazar, acting port director for the Calexico ports of entry, said, "While the vast majority of the smuggling attempts uncovered at the port of entry involve citizens from the United States and Mexico, from time to time we do encounter smuggling attempts involving citizens from Central and South America, as well as other areas around the world. CBP has no tolerance for violations of immigration law, especially cases involving human smuggling in such hazardous conditions."