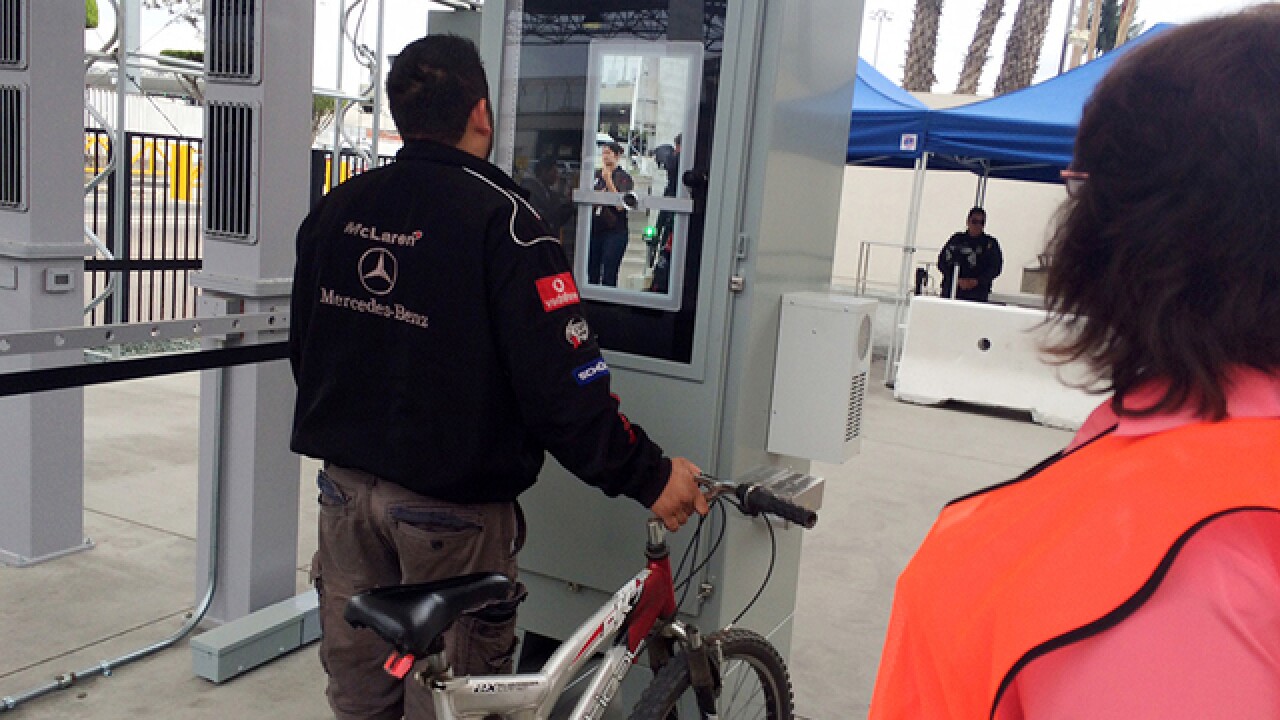 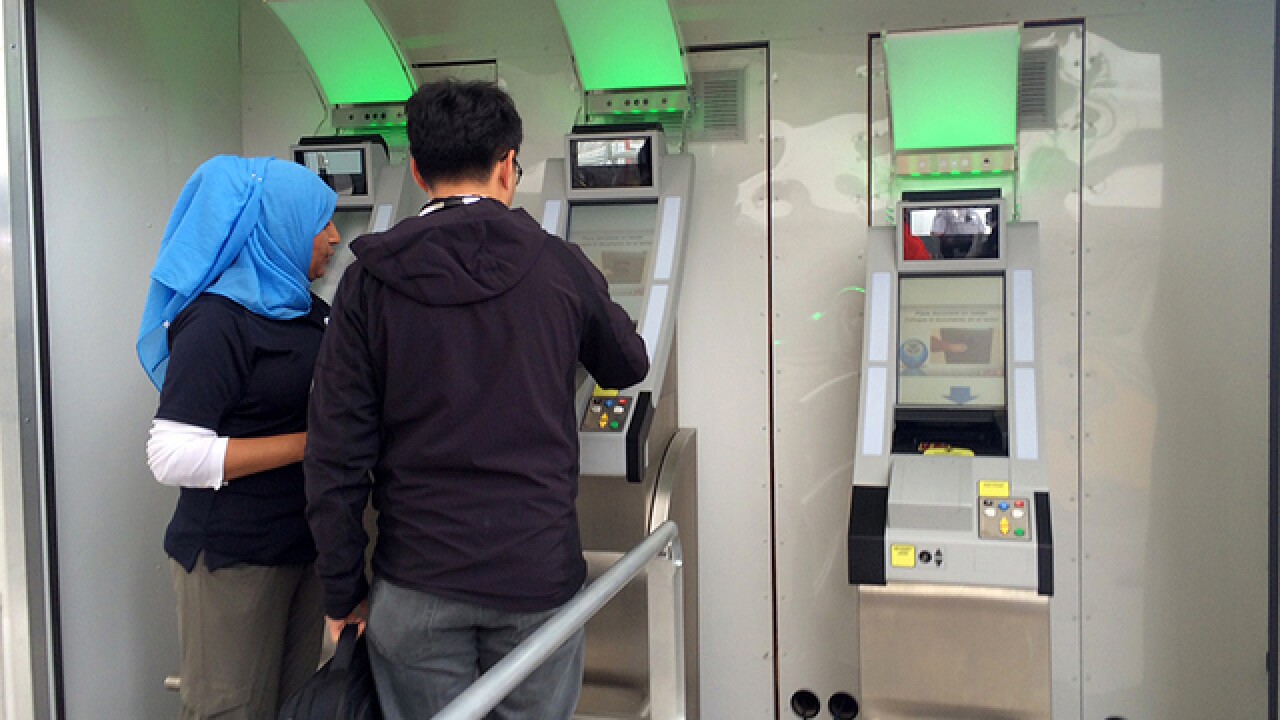 SAN DIEGO — The federal government is using eye scans and facial recognition technology for the first time to verify the identities of foreigners leaving the United States on foot -- a trial move aimed at closing a longstanding security gap, officials announced Thursday.

Before now, foreigners who left the country were rarely checked by U.S. authorities as they walked into Mexico or Canada through ports of entry.

The checkout system that launched Feb. 11 at a busy San Diego border crossing with Mexico aims to ensure those who enter the country leave when their visas expire and identify those who violate that. Up to half of the people in the U.S. illegally are believed to have overstayed their visas.

I am a bit winded and sweaty already this morning.The U.S. Customs And Border Protection is testing some very cool...

Border officials in December started collecting the same information on non-citizens walking into the U.S. through the Otay Mesa crossing connecting Tijuana and San Diego.

Congress has long demanded biometric screening like fingerprints, facial images or eye scans from people leaving the country, but the task has posed enormous financial and logistical challenges at busy land crossings. Privacy advocates worry the data could be misused or fall into the wrong hands.

Authorities are using the trial runs to determine which technology is the fastest, most accurate and least intrusive in screening people coming and going at all land crossings along the 1,954-mile border with Mexico. Final results are expected this summer, with the goal of expanding the checks to all land, air and sea ports.

"That's what we want to be able to do, is know when the person entered the country and know when they leave," said Charmaine Rodriguez, assistant port director of the Otay Mesa cargo facility. "Through Otay Mesa, we have about 9,000 pedestrians that enter the country every day."

Ramon Rangel, a 29-year-old truck driver from Tijuana, walked his bicycle through the Otay Mesa checkpoint Thursday, scanning his documents, stepping onto painted footprints on the ground and looking up at a green light that registered his eye and facial features. The process to verify his identify with his documents took a few seconds.

"I was surprised, but I think it's a good idea for the U.S. to know who's leaving and whether they have a visa," said Rangel, who crosses regularly and said the extra checks were very quick.

The new kiosks are used to track a person's biometrics, which Rodriguez said are "characteristics that are unique to each individual such as a fingerprint."

"Then they will go the additional step of taking an image of either their face or their iris."

Foreigners checked at the border who have overstayed their visas will be allowed to continue on to Mexico, with a note on their record, officials said. Those with criminal records or warrants could be detained.

"It insures that the person standing in front of us is legitimately who they are," said Rodriguez.

Federal officials say they will not share or retain the data collected in the trial runs, but it is not clear how the information will be used if the program is adopted permanently.

Jay Stanley, a senior policy analyst at the American Civil Liberties Union, said the data will be increasingly shared with different agencies once it becomes the norm at checkpoints. More countries also may start using the technology on Americans to build their own biometric databases.

"Certainly experience has shown how difficult it is to secure databases," he said.

Others fear the additional screening will further clog already-congested border crossings, disrupting trade and travel. Officials say the checks have only added seconds to individual crossing times so far and they have not heard complaints.

Marco Cruz, 57, of Tijuana, crosses two to three times a week. He agreed that the screenings didn't slow down the process.

"It's fine as long as it's fast and easy," he said at the checkpoint with a steady flow of people Thursday.

"We think it's very impressive and we're very hopeful that this is going to help us as an agency get to where we want to be," Rodriguez said.

Otay Mesa was selected because it is one of the busiest border crossings and authorities wanted to see how the technology, used in airports with controlled lighting, performs in a rugged, outdoor environment.

Americans walking into Mexico will use a separate lane at the California crossing with scanners that collect biographic information, including name and birth date, but not biometrics. For now, the trial run will focus only on foreigners but it's uncertain in the future whether the program would expand to U.S. citizens.