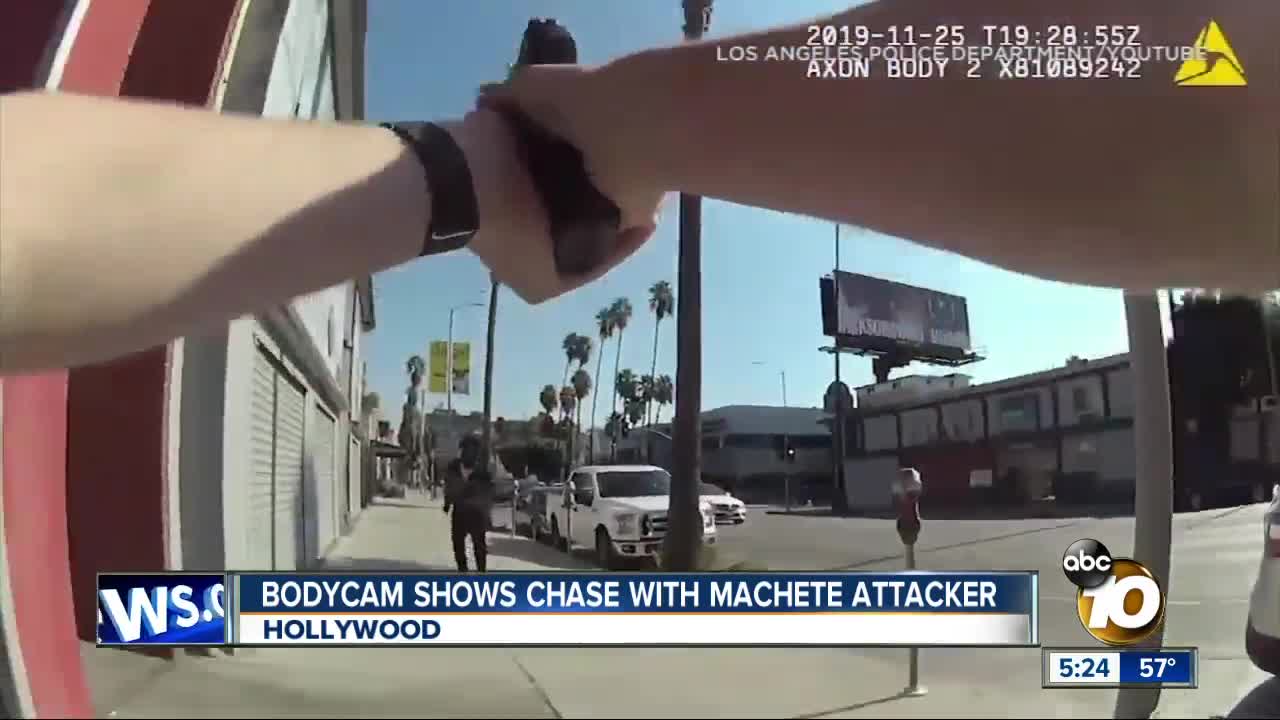 Los Angeles Police Thursday released body-camera videos that show what happened leading up to the moment police shot and killed a machete-wielding man. 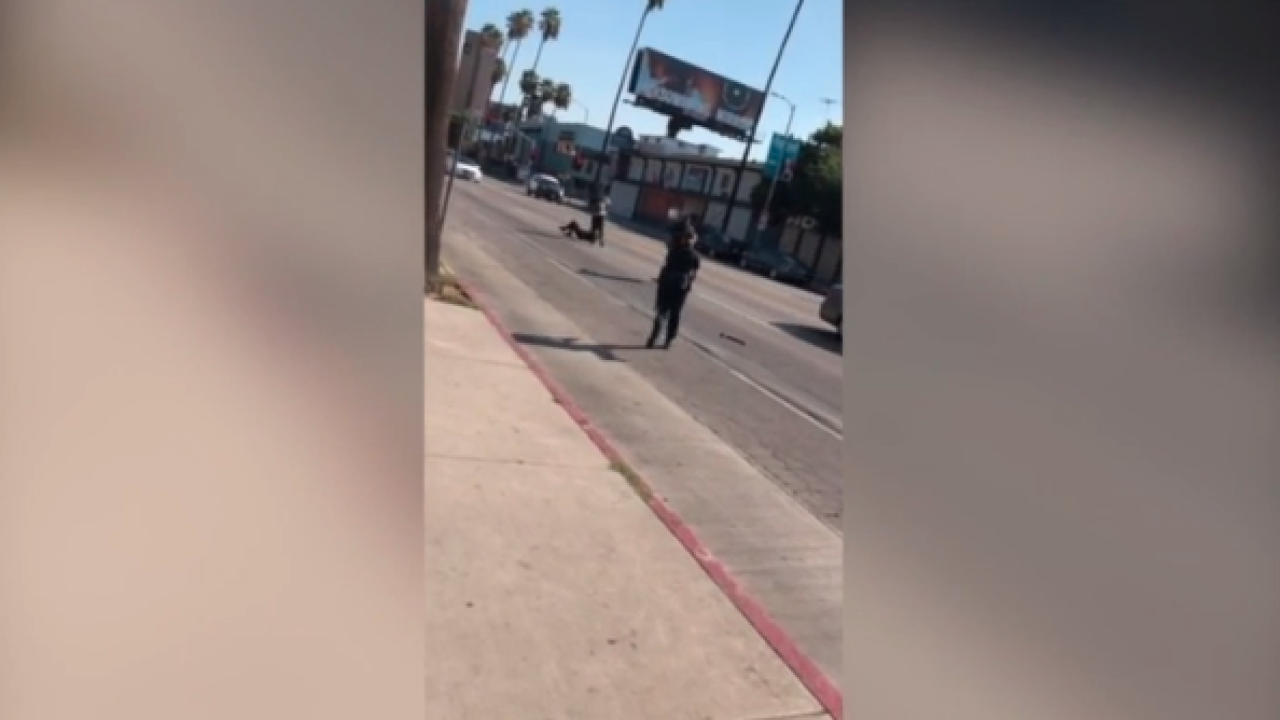 The incident happened on November 26, 2019 on a street in Hollywood.

The event began to unfold when the suspect, Nathaniel Pinnock, reportedly robbed a store near the intersection of Sunset Boulevard and Highland Avenue. Pinnock allegedly used a knife in the robbery.

The body-cam video shows the 22-year-old stealing a vehicle at a fast-food restaurant before crashing it into several police cruisers.

After officers chase the suspect, he is seen turning around and chasing officers, threatening them with the machete.

Watch the video in the player below: