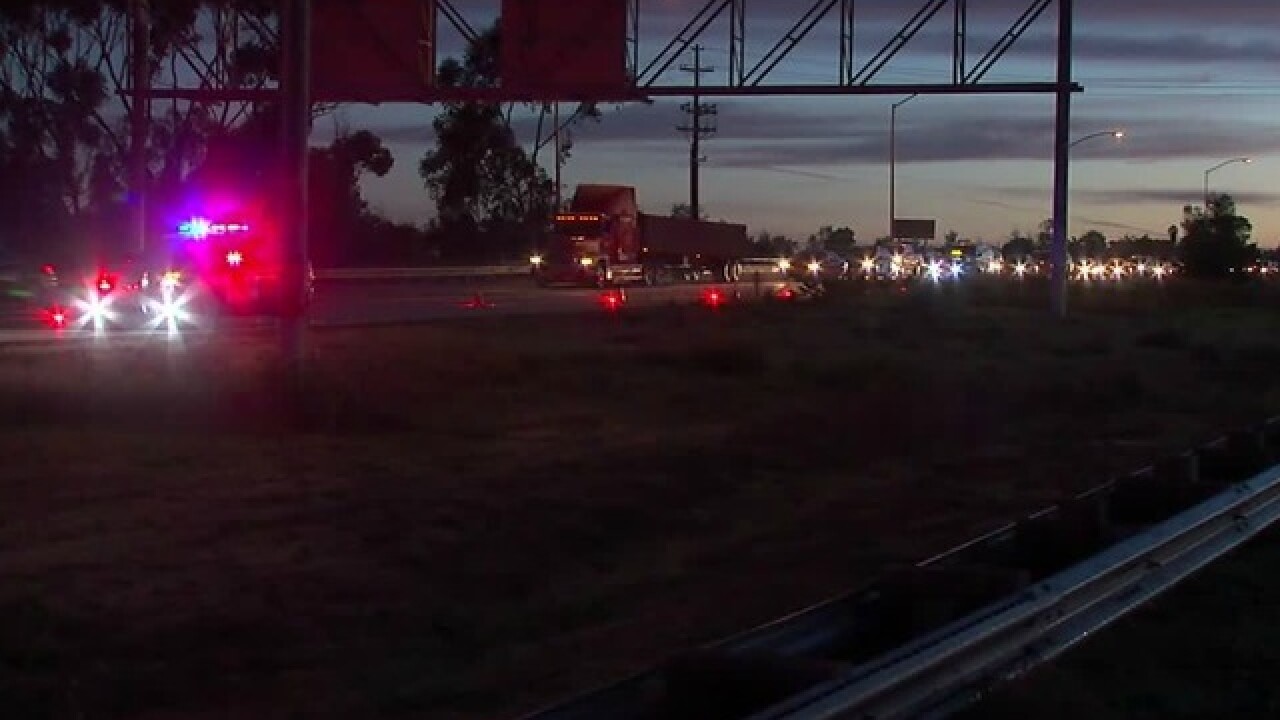 A man was struck and killed by an SUV Friday morning as he attempted to cross State Route 905 in the Nestor area, authorities said.

A 32-year-old San Diego woman driving a 2006 Ford Explorer west on SR-905 said she saw the man as she was approaching the transition to northbound Interstate 5 shortly before 6 a.m., but couldn't avoid hitting him, according to the California Highway Patrol.

The victim died from his injuries at the scene, CHP Officer Tony Contreras. His name was not immediately available.

Westbound lanes on SR-905 were closed following the crash and westbound traffic was diverted onto southbound Interstate 5.

The closure was lifted shortly after 9 a.m., the CHP said.