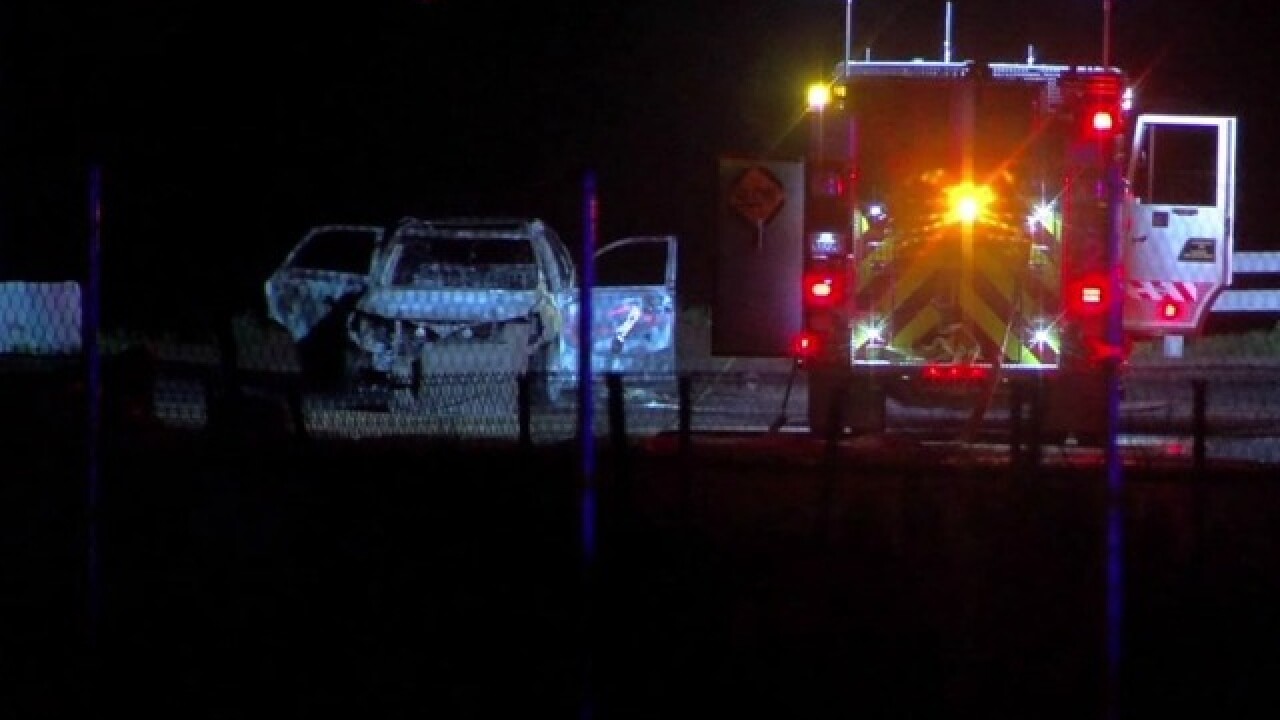 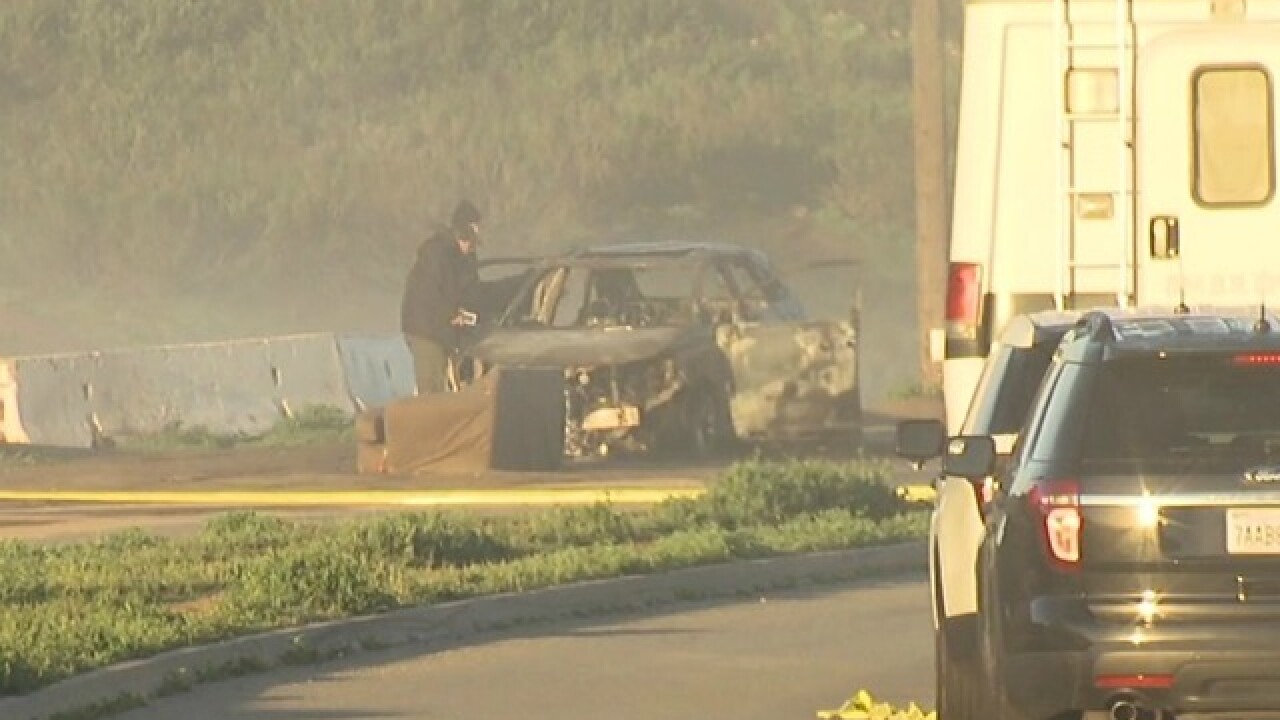 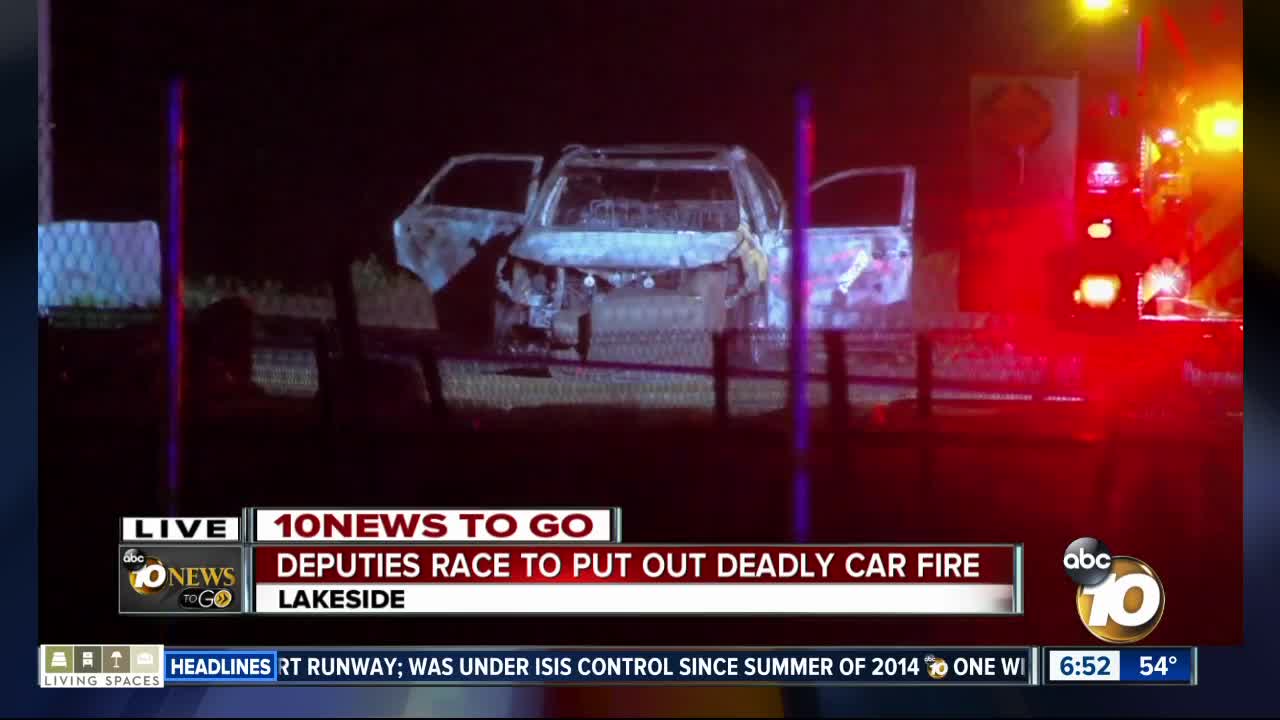 LAKESIDE, Calif. - A victim found inside a car fire in Lakeside this week has been identified.

The county Medical Examiner's office identified the victim as 33-year-old Andrea Daves. She was a Santee resident.

The cause of death is still pending due to a toxicology test, according to San Diego County Sheriff's Lt. Ken Nelson.

The fire was reported Wednesday at about 11:30 p.m. at the end of Mast Blvd. Crews arrived on scene to a car, fully engulfed in flames, with Daves inside.
Attempts to pull Daves out were unsuccessful.
Investigators are still trying to determine if the SUV was involved in a crash before it burst into flames.
Anyone with information is asked to call the Sheriff's Department's homicide detail at 858-974-2321, after hours at 858-565-5200 or Crime Stoppers at 888-580-8477.
Copyright 2017 Scripps Media, Inc. All rights reserved. This material may not be published, broadcast, rewritten, or redistributed.