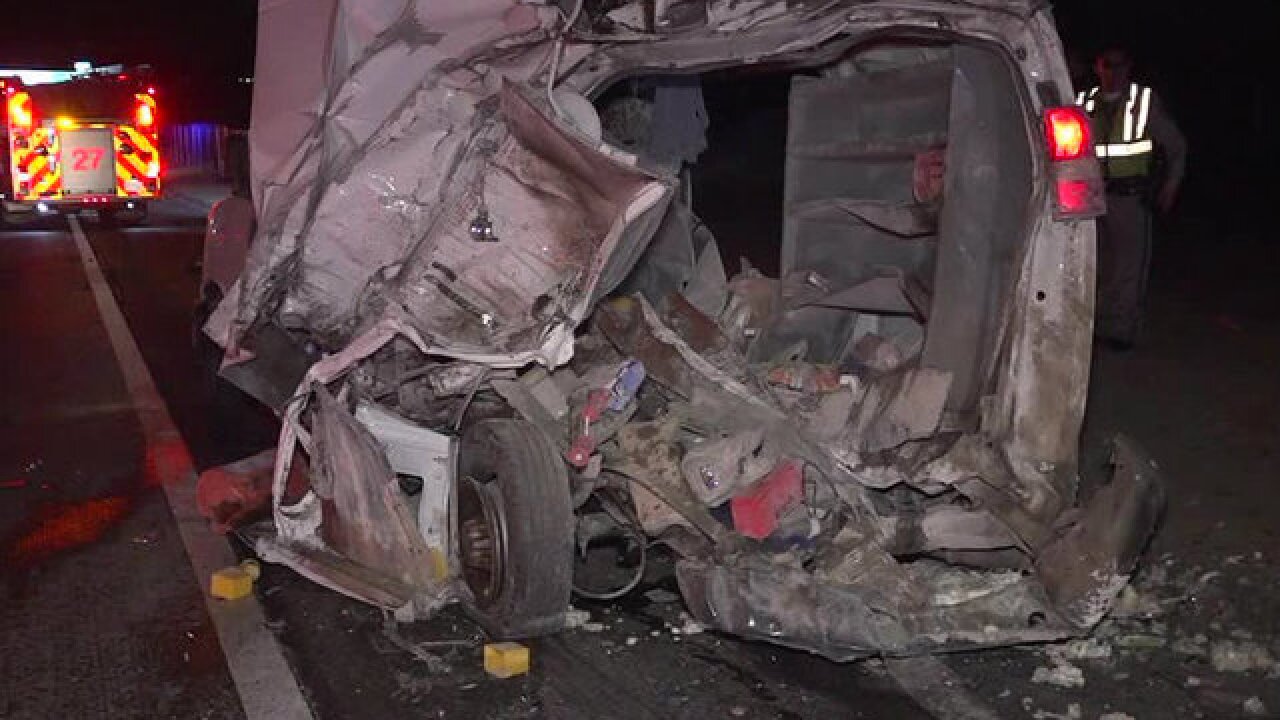 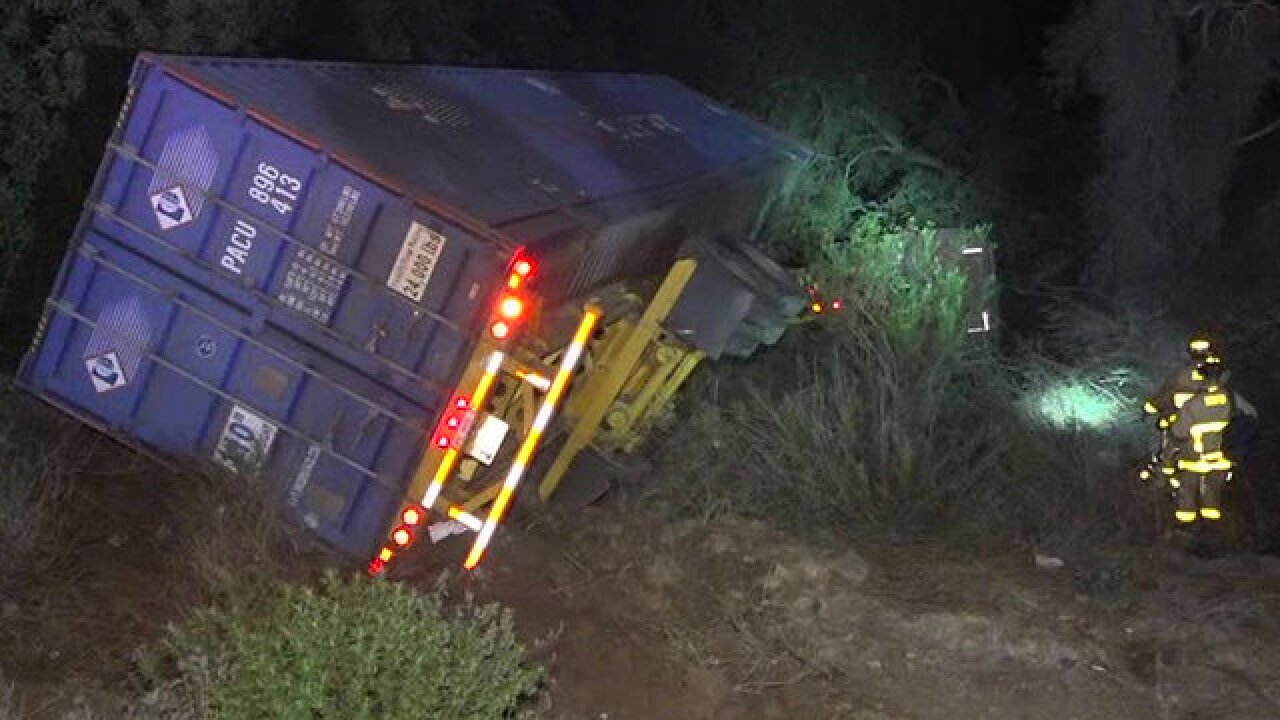 SAN DIEGO (KGTV) - A big rig truck tumbled down a ditch off Interstate 805 after crashing into the back of a van that was disabled on the roadway.

The incident happened just before 3 a.m. Wednesday on northbound I-805 near Nobel Drive, according to the California Highway Patrol.

A van was traveling on the freeway when the right front tire blew out, damaging the front axle and causing the vehicle to come to a stop on the slow lane.

After getting out of the disabled van, two men were forced to jump out of the way as an oncoming semitruck slammed into their vehicle.

The impact sent the big rig crashing down an embankment off the freeway before it came to rest on its side.

The truck’s driver suffered some injuries, and he was helped by emergency responders and then taken to the hospital.

The van’s occupants were not hurt.

Authorities closed the slow lane of the freeway as crews began the process of removing the big rig from the ditch and cleaning up the damage from the van collision.

All affected lanes were reopened by 7 a.m.