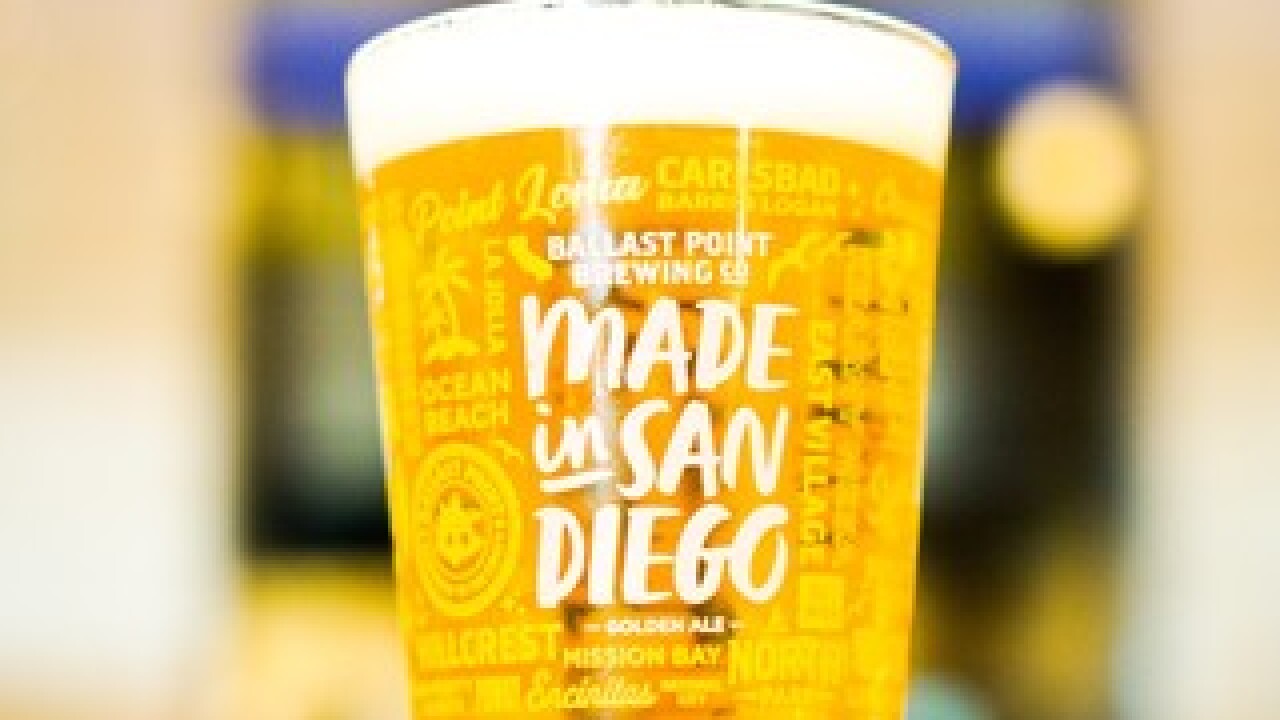 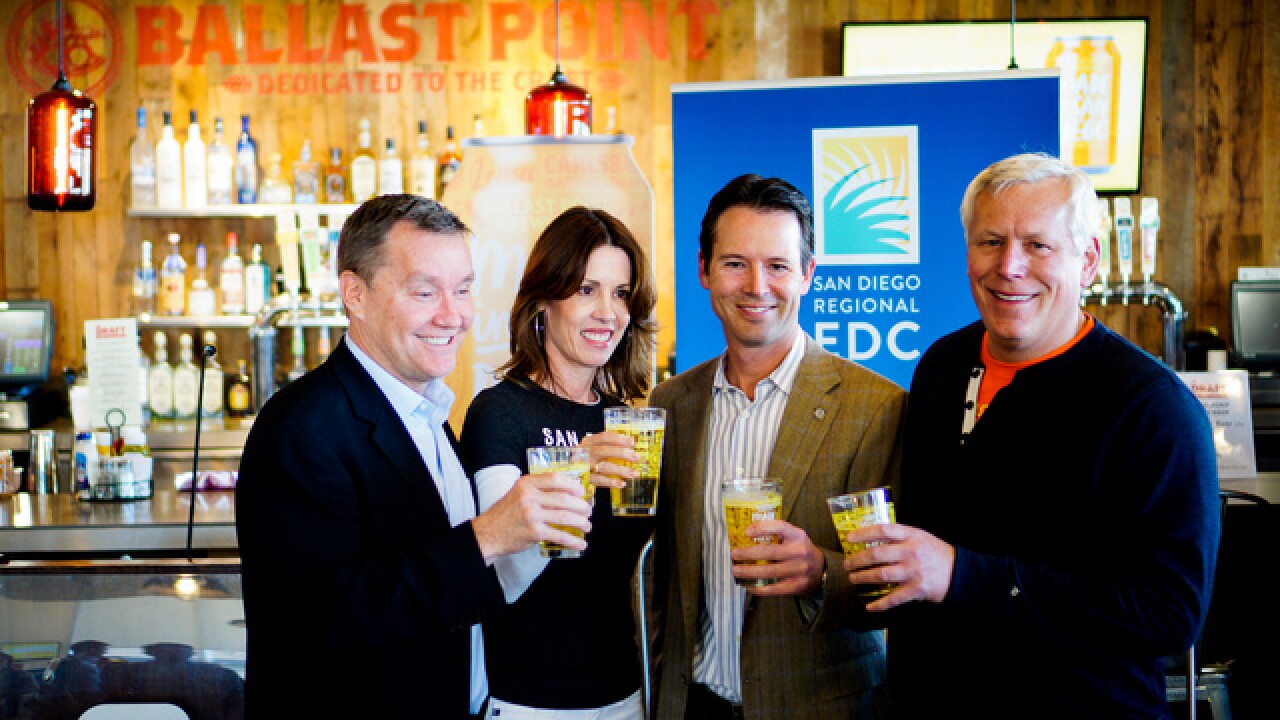 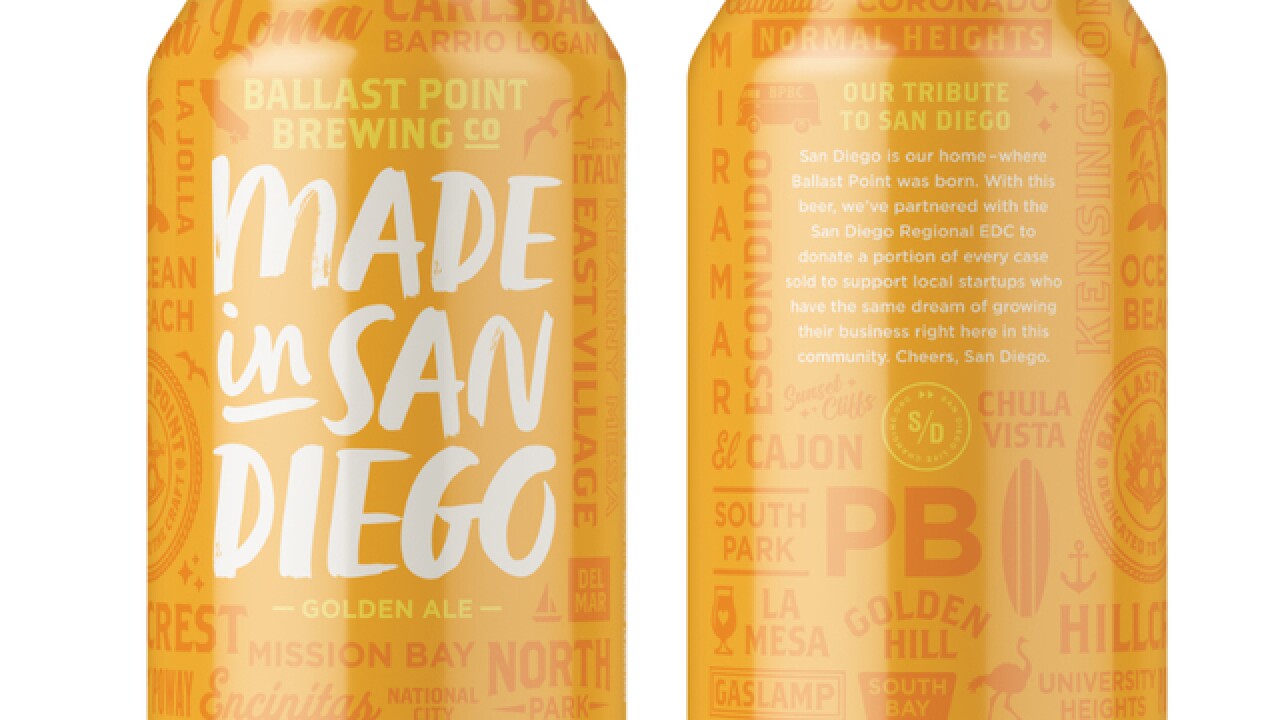 SAN DIEGO (KGTV) - Ballast Point has introduced its way of giving back to the San Diego community after 20 years in business.

Ballast Point is releasing "Made in San Diego," a new beer which will benefit the San Diego Regional Economic Development Corporation. The brewery will donate 50 cents for every case of the beer sold to the EDC Foundation Entrepreneurship Fund.

Leaders from the city and Ballast Point officially tapped the beer at Wednesday's San Diego Padres game at Petco Park.

"As a brewery that has called San Diego home for over two decades, we couldn’t be more excited about this announcement," Marty Birkel, president of Ballast Point Brewing Company, said. "This community has embraced us from a small home brew supply shop to a globally distributed brewery, and we want to honor our hometown supporters while empowering other local business owners to pursue their passion – just like Ballast Point did."

The beer is expected to generate about $25,000 a year for the EDC program for small businesses. The EDC says Ballast Point itself had $537 million of total economic activity in the region last year alone.

So what does "Made in San Diego" taste like?

Ballast Point describes the brew as a golden ale with toasted bread aroma and flavor from Munich malt. There's also a soft bitterness from Cascade and Mosaic hops and the beer's can features many of San Diego's unique cities.

Ballast Point will offer the beer on draft in San Diego County later in April and available in six-pack 12 oz. cans around the county at the end of May.