Arrest made in connection with University City indecent exposure 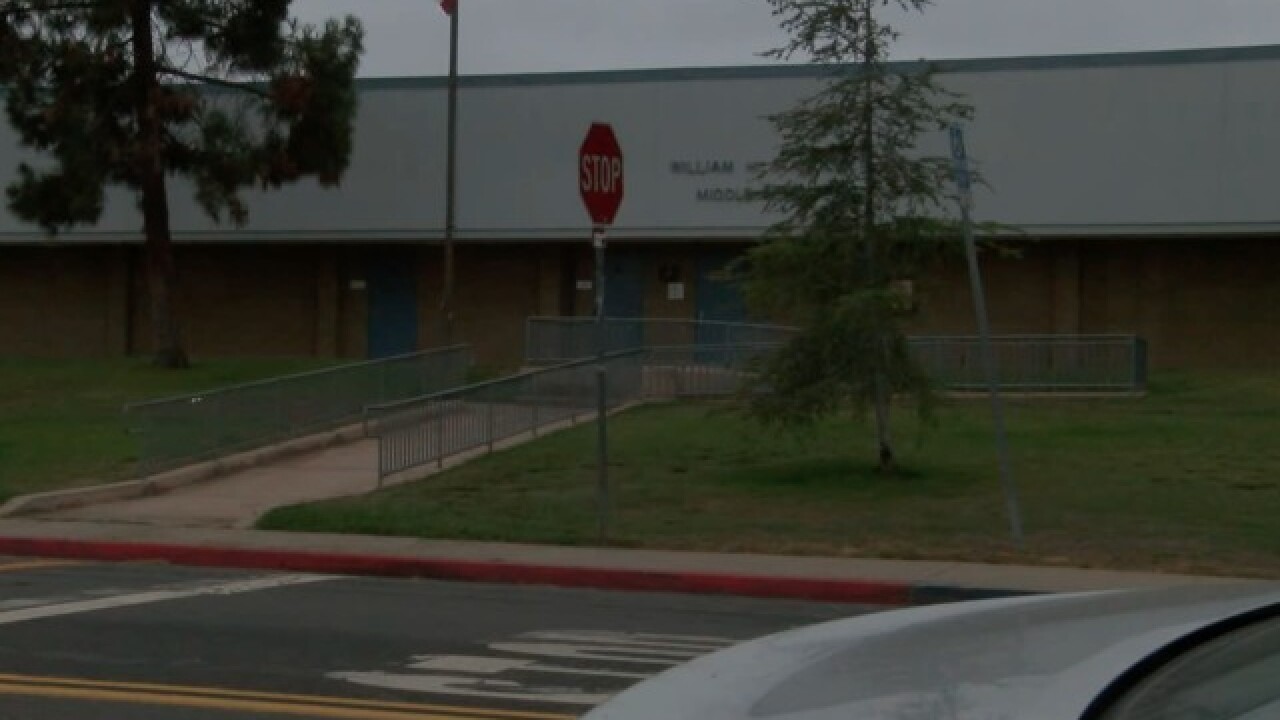 SAN DIEGO (KGTV) — Police have arrested a 17-year-old male in connection with reports of someone exposing himself to a University City student.

San Diego Police said the teenager was identified after reports of a man trying to lure a Standley Middle School student into his car while exposing himself last week.

The suspect, whose name has not been released, was arrested Friday in the University City area.

A girl reported a man driving alongside her as she walked home from school on Erlanger St. on Aug. 30. She said the man tried to get her to enter his silver-blue Subaru Forester, while he was exposing himself.

About two weeks ago, a neighbor also reported catching a man touching himself in a similarly described vehicle. She called the police but the man drove off.

SDPD is asking anyone who has information related to these reports to call Crime Stoppers at 888-580-8477.