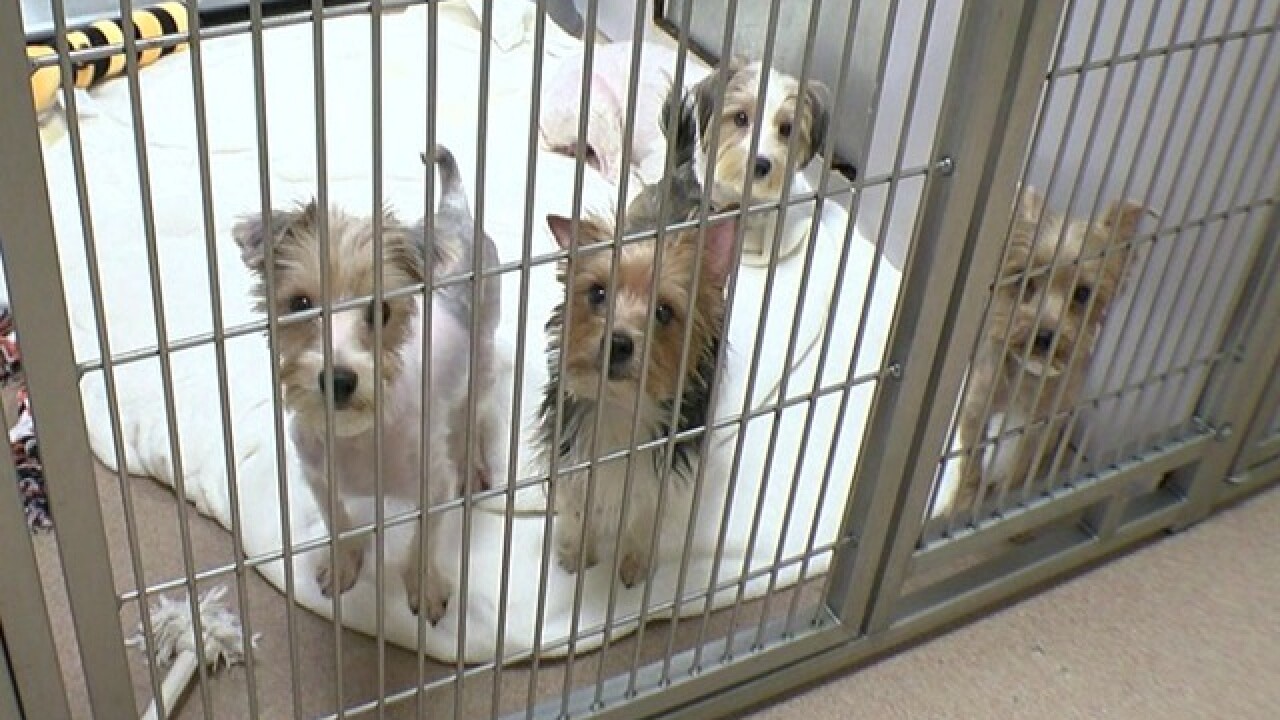 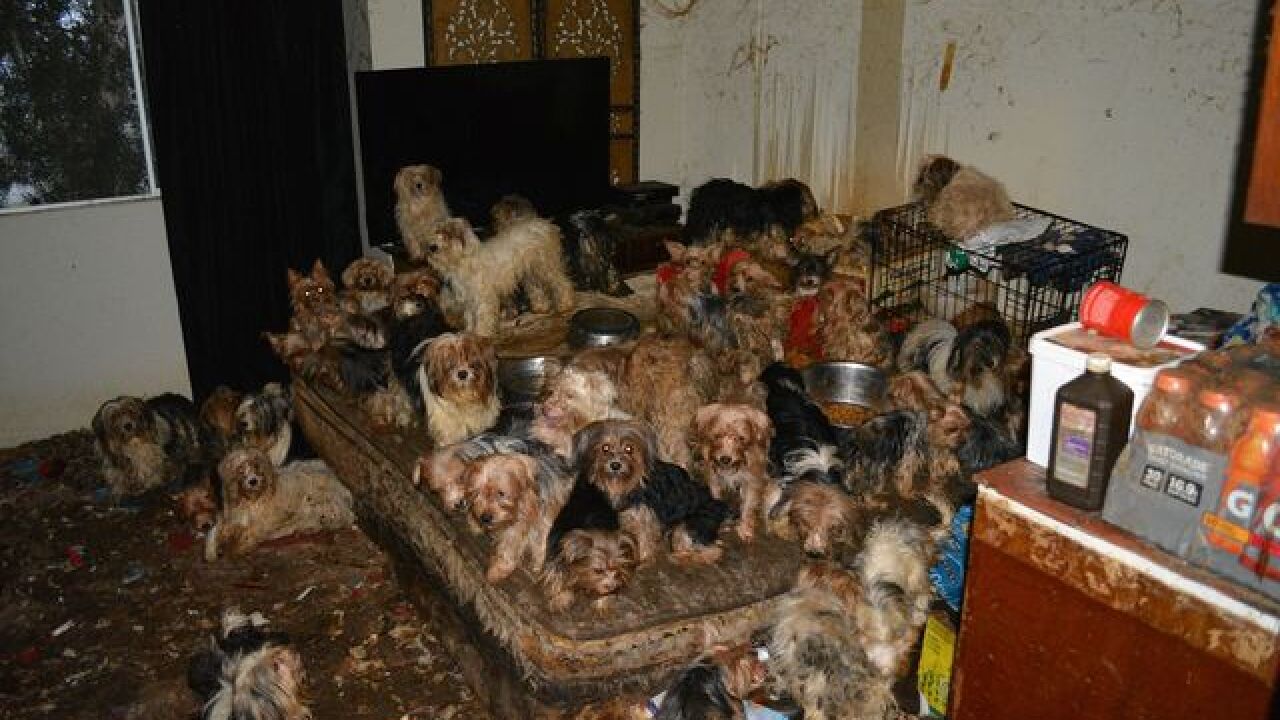 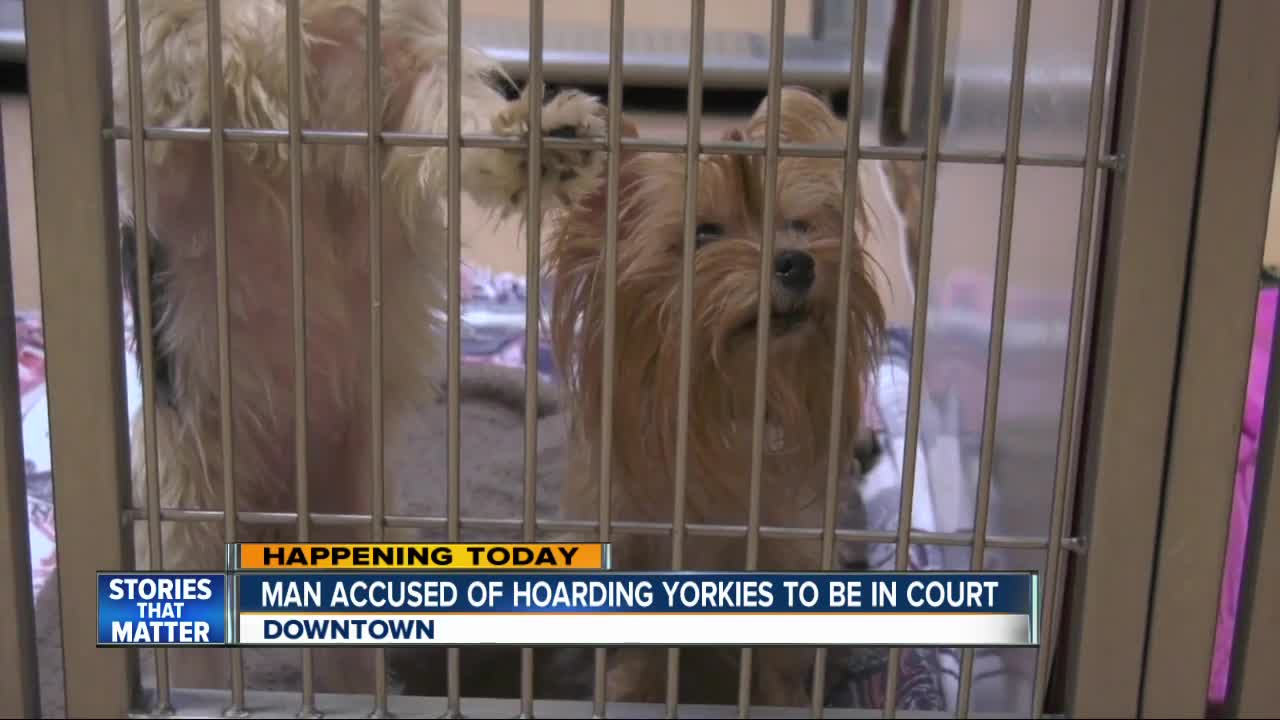 SAN DIEGO - One of two people accused of hoarding 92 Yorkshire terrier and Yorkie-mix dogs in their feces-filled Poway home and 48 other dogs at another location is scheduled to be arraigned Monday at the downtown courthouse.

Mark Vattimo, 73, is charged with 10 counts of animal abuse and neglect, as well as a misdemeanor charge of resisting an officer. Christine Calvert, 62, is also charged in the case.

Their arrests came just over a month after authorities rescued 92 dogs being kept in unsanitary conditions in a residential neighborhood in Poway. About two weeks later, another 48 dogs were seized from a secondary location.

Calvert allegedly had stashed even more canines in a motorhome she had driven to Nevada, where she was taken into custody, according to the District Attorney's Office.

"The shocking conditions and sheer number of animals in the defendants' home make this a particularly disturbing case of animal abuse," District Attorney Bonnie Dumanis said.

Most of the Yorkies found by Humane Society investigators in a dark, mouse-infested room in the couple's home had severe matting, feces entangled in their coats, skin issues, ear infections, fleas, hair loss, overgrown nails and poor teeth. One was missing part of a leg.

The Humane Society was tipped off by a complaint from a local veterinary clinic.

The dogs were taken to the San Diego Humane Society's San Diego campus, where veterinarians and animal care teams examined and treated them, and about 90 were later adopted.