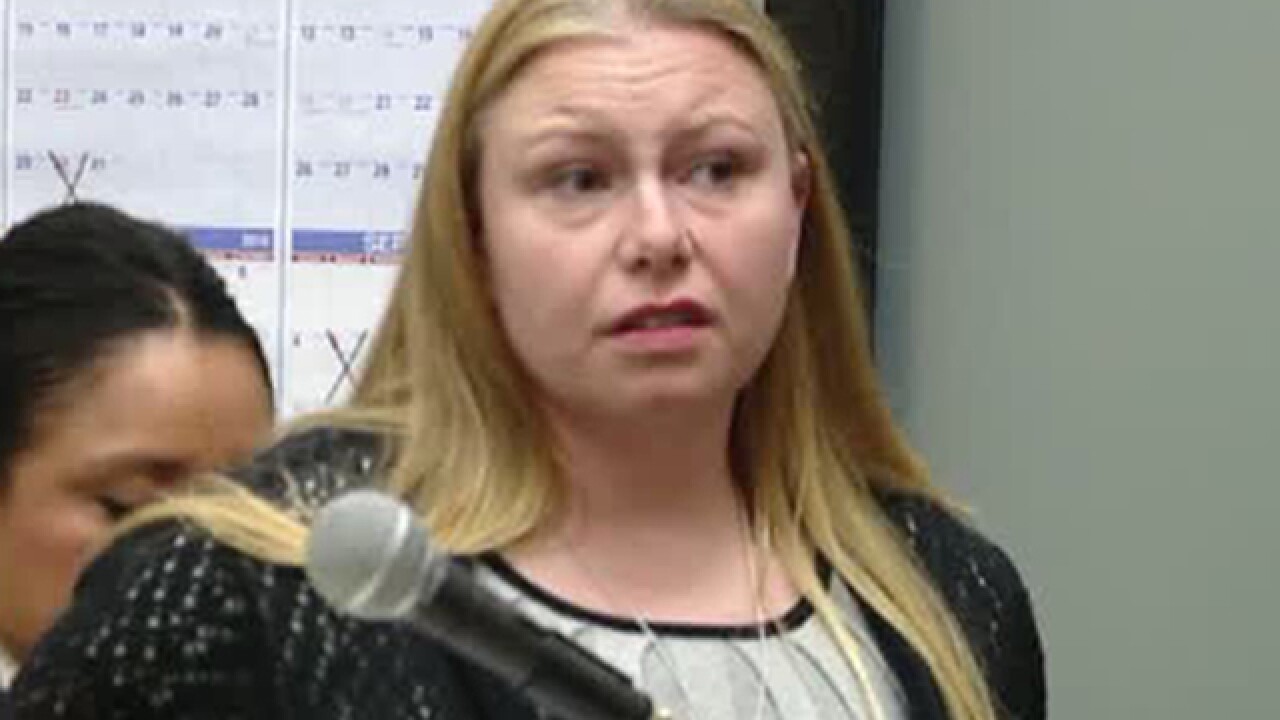 A Crawford High School teacher accused of carrying on a six-month sexual relationship with one of her male students pleaded not guilty Monday to 11 felony charges, including sexual intercourse with a minor.

Bail was doubled for Toni Nicole Sutton, who had been out of custody on $50,000 bail, and she was taken to jail.

The boy's parents saw text messages between their son and Sutton and called police, Taschner said.

In raising bail, Judge Jay Bloom agreed with the prosecutor that Sutton was a flight risk and scheduled a bail review for Thursday.

Defense attorney Kerry Armstrong said he was disappointed that Sutton's bail was increased. He said Sutton has been in San Diego for six years and has a child and a boyfriend who has two children of his own.

"She's been a teacher for 11 years," Armstrong said. "She started being a teacher in West Virginia, where she grew up, and teaching is her life. And obviously, no matter what happens in this case, that's over. She'll never be a teacher again with allegations like this, even if we win this case so, she's heartbroken, she really is."

Sutton was placed on administrative leave after her arrest.

"She's the nicest, sweetest lady you'll ever meet in your life," her attorney said. "You would never believe she would be charged with something like this."