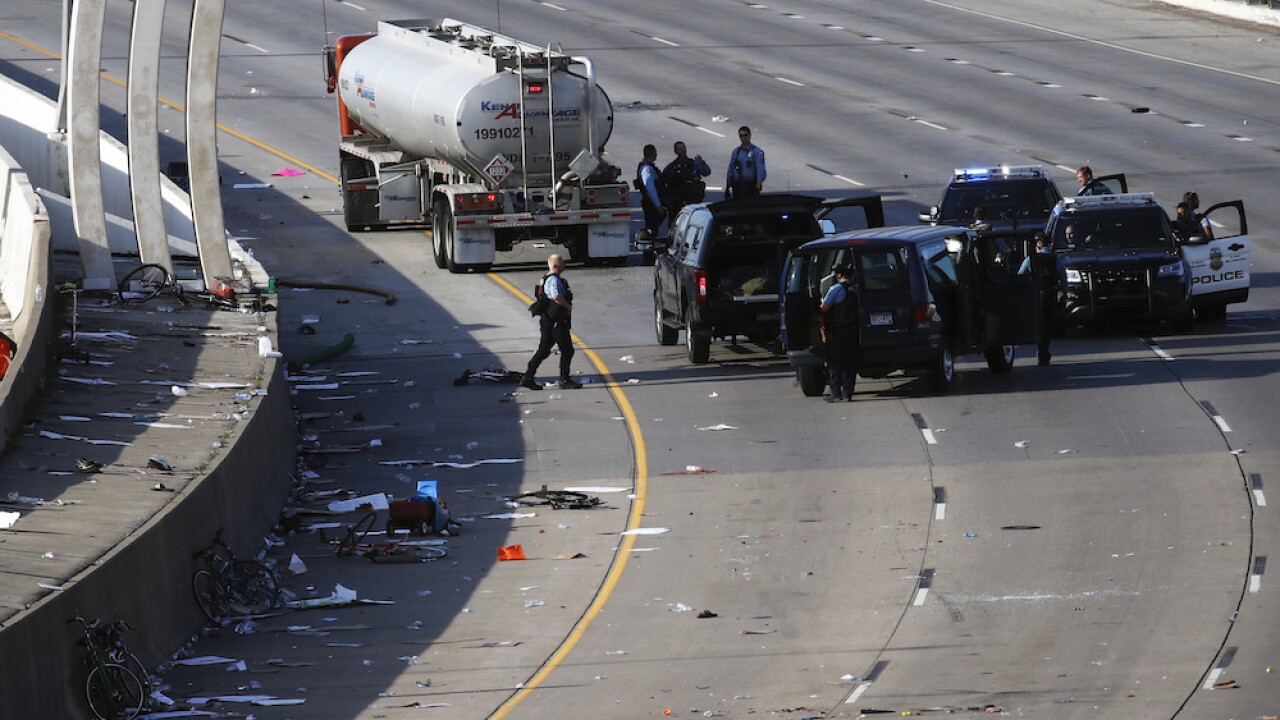 Copyright 2020 The Associated Press. All rights reserved
John Minchillo/AP
Police clear the area where a tanker truck rushed to a stop among protesters on an interstate Sunday, May 31, 2020, in Minneapolis. Protests continued following the death of George Floyd, who died after being restrained by Minneapolis police officers on Memorial Day. (AP Photo/John Minchillo)

MINNEAPOLIS — A truck driver who drove into a large crowd of protesters on a bridge in Minneapolis following the killing of George Floyd has been charged with two criminal counts.

On May 31, Vechirko drove his fuel tanker truck through a crowd of protesters who had shut down a bridge on I-35 in Minneapolis. Even though thousands of pedestrians were on the bridge, Vechirko continued to pull forward.

Video from the incident shows that one protester stumbled near the truck, and that's when Vechirko says stopped out of caution. Protesters then attacked him and vandalized his truck.

The Star Tribune reports that the charges allege he sought to "scare" protesters out of his path. In addition, the charges also allege a re-enactment with a similar truck showed he would have had plenty of time to stop after seeing the crowd on the highway.

Vechirko claimed he was returning from a fuel delivery south of the city and didn't mean to drive through the protests. He also claims that he wouldn't have been able to immediately stop the truck ahead of the crowd without the use of a handbrake that could have caused it to jackknife and cause further injuries.