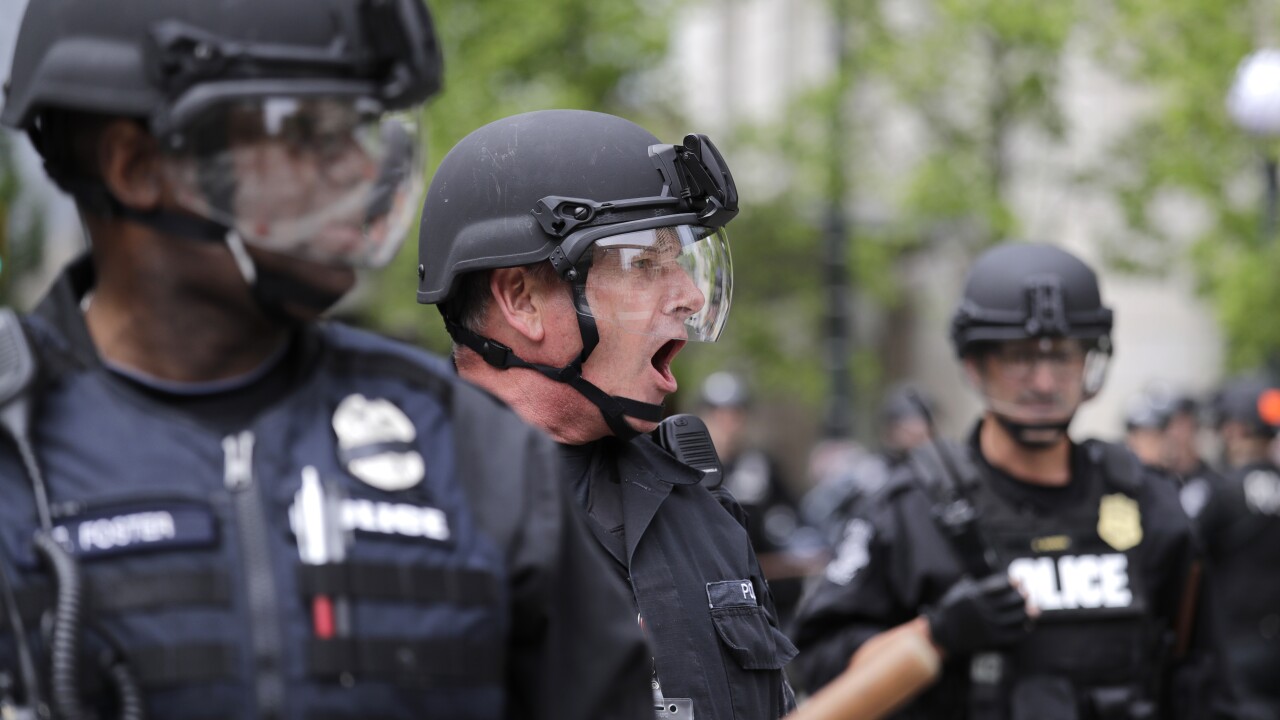 Copyright 2020 The Associated Press. All rights reserved
Elaine Thompson/AP
A Seattle police officer yells out orders at Seattle City Hall as protesters march toward them Wednesday, June 3, 2020, in Seattle, following protests over the death of George Floyd, a black man who died in police custody in Minneapolis. (AP Photo/Elaine Thompson)

The long-running TV show “Cops” is reportedly being pulled from the airwaves amid calls for police reforms throughout the United States.

Variety was first to report the news. Paramount Networks has not confirmed the announcement to Scripps.

Earlier this week, Cops opted to not air its new episode. Days before, similar police show “Live PD” decided not to run its two live episodes. Live PD has been one of the most-watched TV shows on Fridays and Saturdays since its 2016 debut.

"All of us associated with the show are as committed to it as ever. We are still discussing some specifics but I want to assure the #LivePDNation that we are not abandoning you," Abrams tweeted.

Cops began its run on the fledgling FOX network in 1989, being a huge boon for the young network. The program was unique for embedding cameras within police department, showing the work of officers throughout the US.

But FOX dropped the program amid declining ratings, and was later picked up by Spike, which was later renamed Paramount Network.

Tuesday’s announcement was also reported by The Hollywood Reporter.