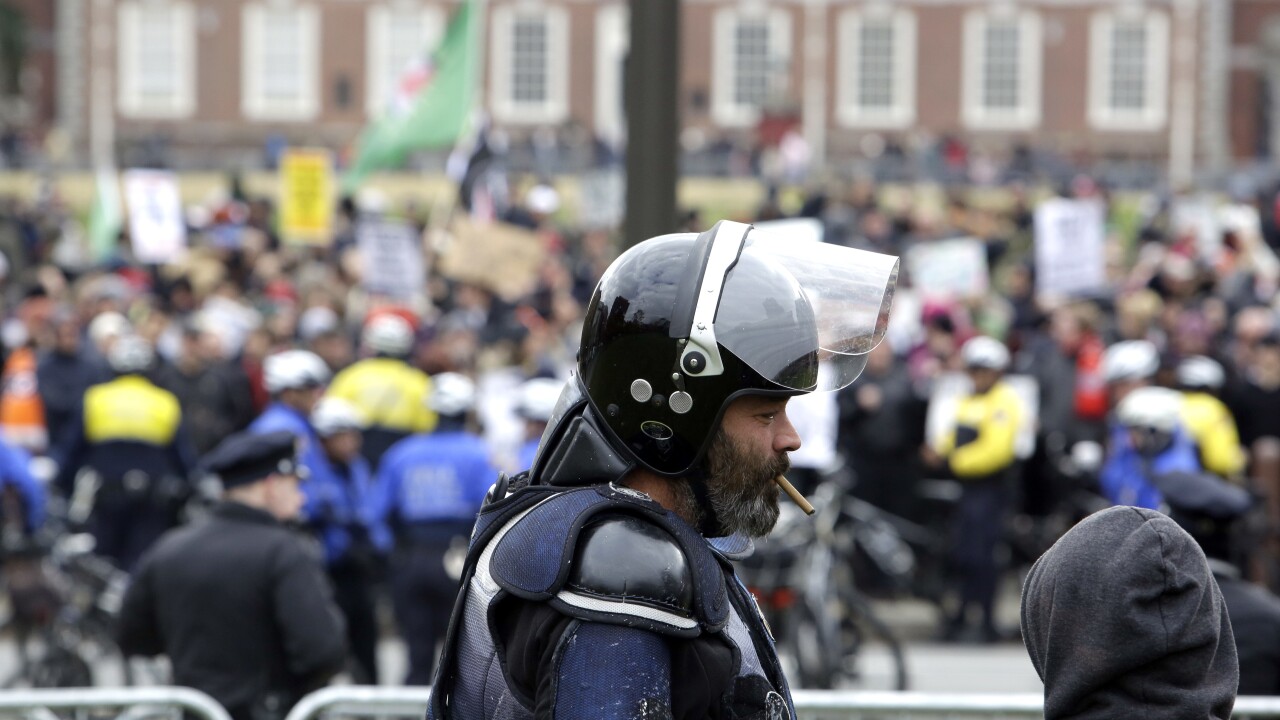 Copyright 2018The Associated Press. All rights reserved
Jacqueline Larma/AP
Activist Alan Swinney of Texas attends a "We The People" rally as a conglomeration of groups opposed to their rally demonstrate, background, across Market St. on Independence Mall Saturday Nov. 17, 2018, in Philadelphia. Hundreds assembled to oppose the rally, which drew less than fifty supporters. (AP Photo/Jacqueline Larma)

A member of the Proud Boys, a far-right group, is under arrest and facing nearly a dozen charges in Portland. The charges allege Alan Swinney pointed a revolver at counterprotesters and fired a paintball gun and mace at them on two separate occasions in August.

Swinney, who is scheduled for a court appearance Thursday, was charged in a secret indictment Sept. 11 but not arrested until Wednesday.

“In summary, the indictment alleges that Swinney used a paintball gun on August 15, 2020 to cause physical injury to another person,” the statement from the Multnomah County District Attorney’s office said.

“Further, the indictment alleges that Swinney used a paintball gun on August 22, 2020 to once again cause physical injury to another person; that he also carried and then pointed a revolver at someone which placed that person in fear of imminent serious physical injury and that he unlawfully discharged mace or a similar substance toward another person.”

Swinney remained in custody Wednesday and it wasn’t immediately clear if he had retained an attorney or would be assigned a public defender.

Portland has seen protests almost every night for more than four months since George Floyd was killed by police in Minneapolis. Many of them end in vandalism of police and government buildings and violence against police officers.

The Proud Boys have visited Portland several times since Trump’s election, often drawing a response from hundreds of counterprotesters.

During Tuesday’s presidential debate, President Donald Trump refused to condemn armed militias. When prompted about the Proud Boys, he said: “Proud Boys, stand back and stand by.”

On Wednesday, when asked to clarify his remarks, President Trump told reporters he doesn’t know who the Proud Boys are. He said, “I don’t know who Proud Boys are, but whoever they are, they have to stand down and let law enforcement do their work.”