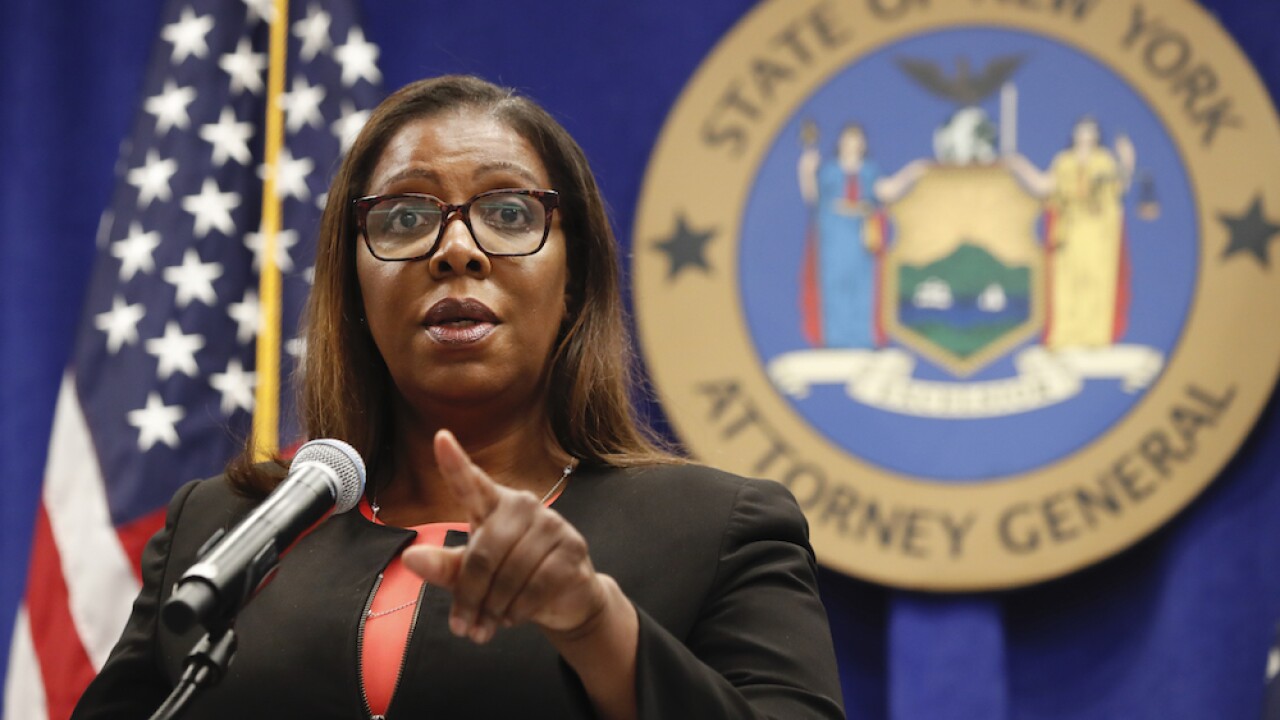 Copyright 2020 The Associated Press. All rights reserved.
Kathy Willens/AP
New York State Attorney General Letitia James takes a question after announcing that the state is suing the National Rifle Association during a press conference, Thursday, Aug. 6, 2020, in New York. James said that the state is seeking to put the powerful gun advocacy organization out of business over allegations that high-ranking executives diverted millions of dollars for lavish personal trips, no-show contracts for associates and other questionable expenditures. (AP Photo/Kathy Willens)

James spoke Sunday in Rochester, which has been in turmoil since the footage of Daniel Prude’s fatal encounter with police was released more than five months after his death.

James said her office “will be proactively releasing footage to the public on our own.”

It's unclear how many cases will be affected by the policy, since the attorney general’s office does not review all footage of police interactions with the public.