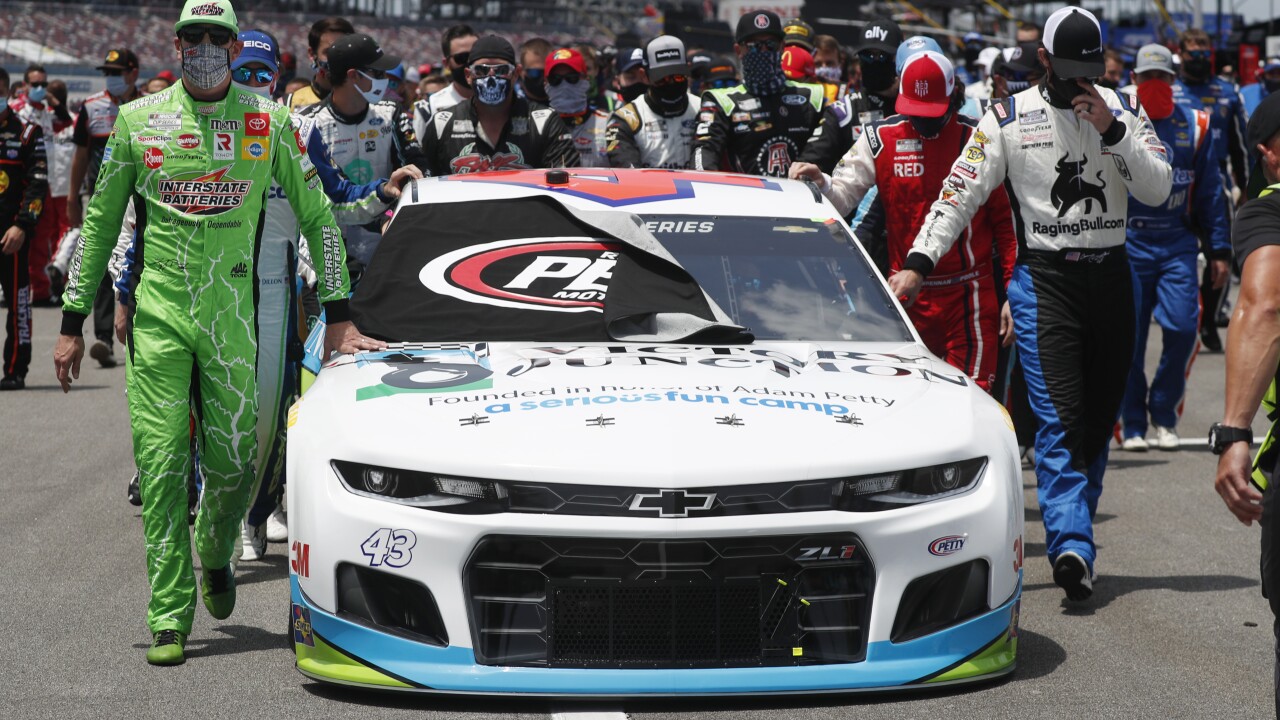 Copyright 2019 The Associated Press. All rights reserved
John Bazemore/AP
Nascar drivers Kyle Busch, left, and Corey LaJoie, right, join other drivers and crews as they push the car of Bubba Wallace to the front of the field prior to the start of the NASCAR Cup Series auto race at the Talladega Superspeedway in Talladega Ala., Monday June 22, 2020. In an extraordinary act of solidarity with NASCAR’s only Black driver, dozens of drivers pushed the car belonging to Bubba Wallace to the front of the field before Monday’s race as FBI agents nearby tried to find out who left a noose in his garage stall over the weekend. (AP Photo/John Bazemore)

At Monday’s NASCAR event at Talladega Superspeedway, drivers and crew members stood in solidarity with Bubba Wallace, a Black NASCAR driver who said he found a noose in his stall on Sunday.

The drivers pushed Wallace’s car to the front of the field moments before the race got underway.

We are one family.

The FBI said that it is investigating Sunday’s incident.

Wallace became the first Black full-time NASCAR Cup Series driver in 2018 in more than four decades. He instantly found success as a full-time driver, finishing as the runner-up of the 2018 Daytona 500.

Amid national unrest over the death of George Floyd, Wallace called for the ban of Confederate symbols from NASCAR events. NASCAR announced two weeks ago that Confederate flags would no longer be permitted at its tracks.

Despite the ban, multiple Confederate flags were seen flying outside of the raceway, according to photos shared by the Associated Press.

"Late this afternoon, NASCAR was made aware that a noose was found in the garage stall of the 43 team,” NASCAR said in a late Sunday statement. “We are angry and outraged, and cannot state strongly enough how seriously we take this heinous act. We have launched an immediate investigation, and will do everything we can to identify the person(s) responsible and eliminate them from the sport. As we have stated unequivocally, there is no place for racism in NASCAR, and this act only strengthens our resolve to make the sport open and welcoming to all."