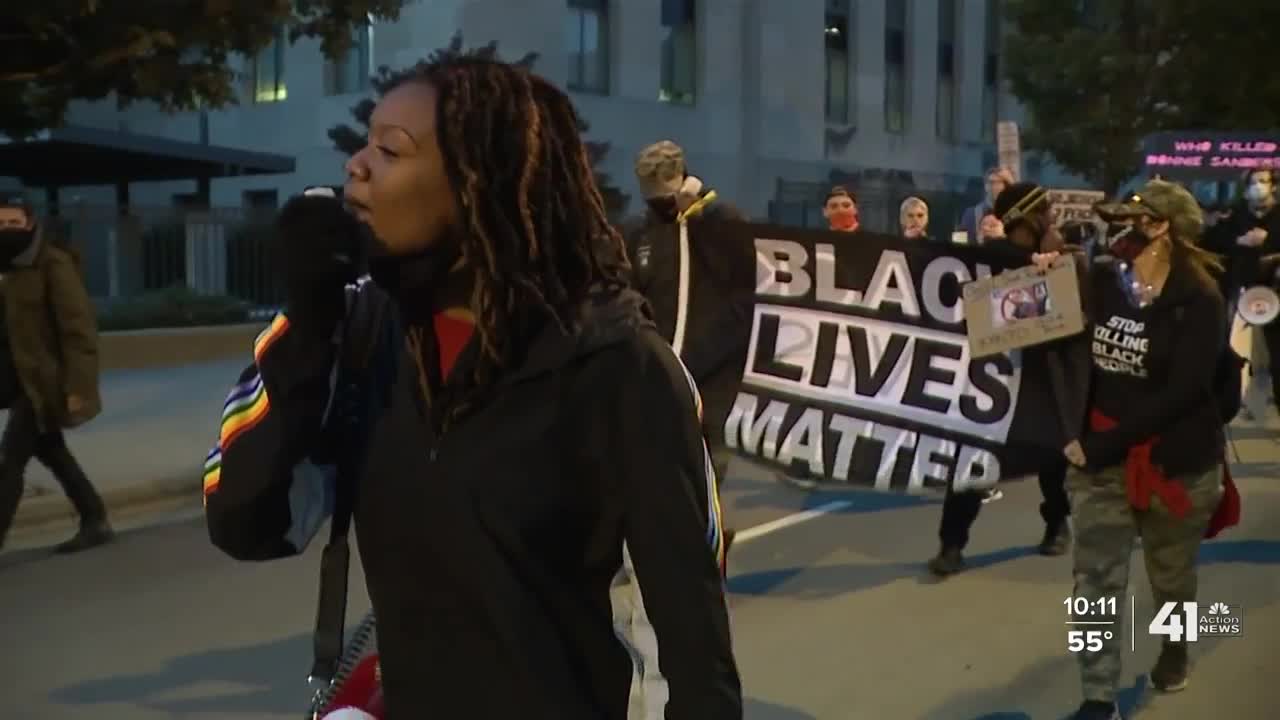 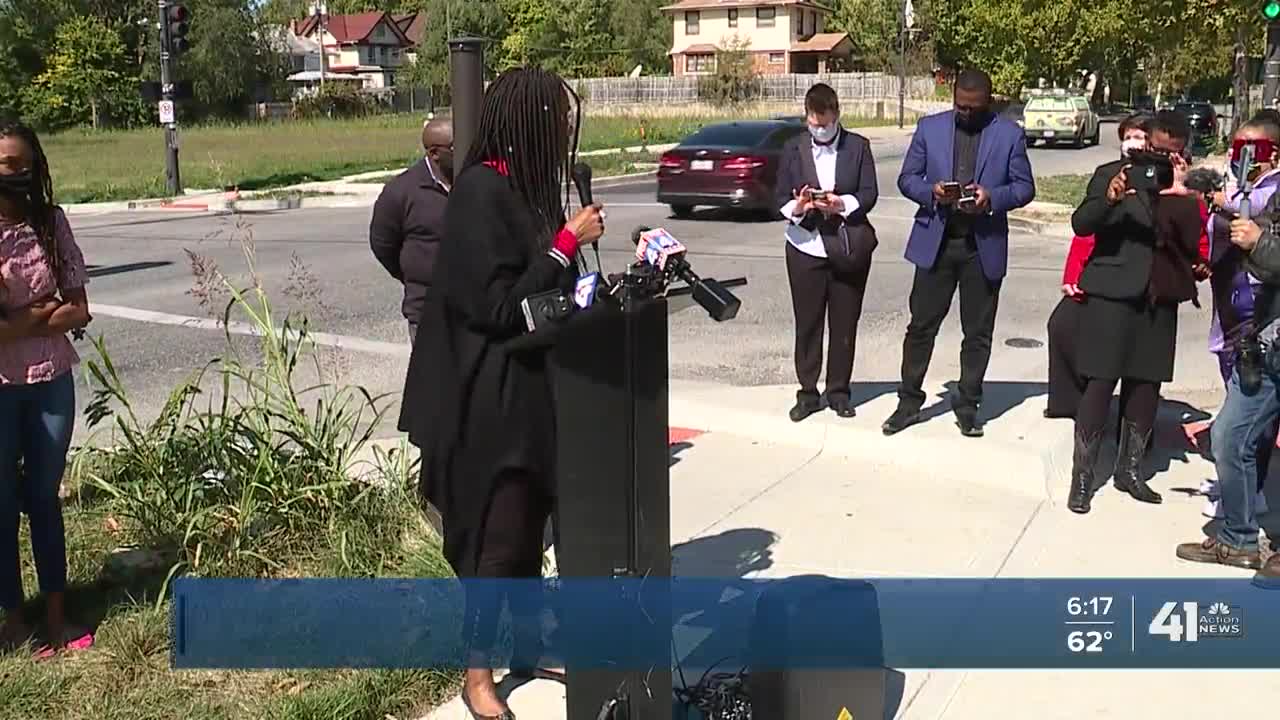 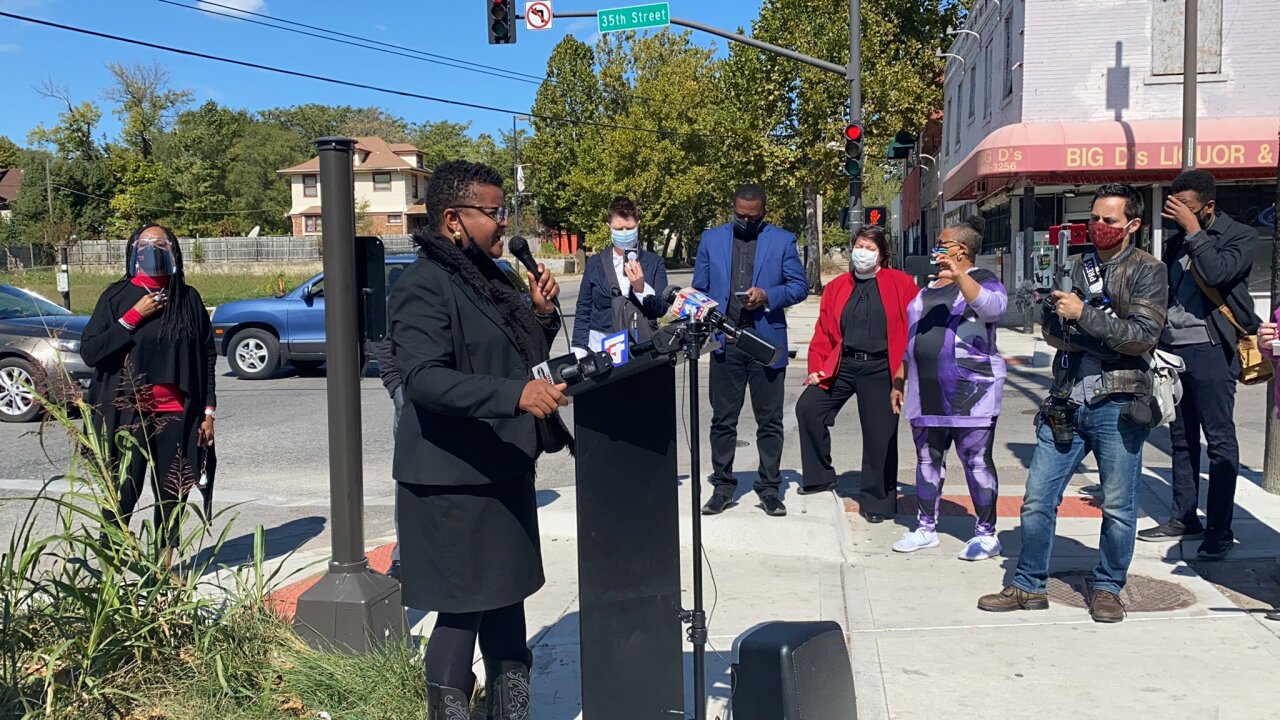 Several community activists gathered Friday to speak about a Kansas City, Missouri, officer’s arrest of a woman who was nine months pregnant.

KCPD said the woman was interfering with another arrest, and that’s why they took her into custody.

The woman’s attorney, Stacy Shaw, said the officers arrested her client because they were unhappy she was videotaping them at a gathering for a balloon release.

Video circulated on social media of the arrest. It shows the woman face down on the ground with an officer appearing to kneel on her back.

The woman was taken to the hospital and has since been discharged.

Shaw on Friday said her client is still in pain and can’t walk. Her unborn child is OK, though it remains unclear if she will experience complications related to the arrest, Shaw said.

Shaw and other activists present called for the arresting officer and KCPD Chief of Police Rick Smith to be terminated.

Among the speakers Friday was Troy Robertson, who said he was present Wednesday when KCPD arrived at East 35th Street and Prospect Avenue and “harassed” the group gathered there, asking them to disperse.

Robertson, who police said the owner previously had banned from the property, is the person police were attempting to arrest when the pregnant woman and others allegedly interfered, according to a KCPD spokesman.

KCPD said Thursday that the business owner called them to the scene after a fight in the parking lot and asked them to make non-customers leave the premises.

Robertson said he “doesn’t see color, only beautiful lives,” and that everyone should be held accountable for their actions.

Troy Robertson says he was here Wednesday when @kcpolice showed up to 35th and Prospect and “harassed” the group. He says they were told to leave the area. Robertson says he “doesn’t see color, only beautiful lives,” and everyone should be held accountable for their actions pic.twitter.com/Qmb4GgL79h

Around 100 people rallied outside of KCPD Headquarters Friday night, demanding Chief of Police Rick Smith resign or be fired. It marked the 18th consecutive week of protests outside of police headquarters.

Protestors told KSHB the arrest video reinvigorated their resolve, and they plan on “occupying” the south side lawn of City Hall near East 12th and Locust streets until their demands are met.

KCPD released a video on YouTube between the press conference and protest Friday from a city camera that shows the parking lot where the gathering happened as well as the aftermath of the arrest. 41 Action News requested a copy of the video without the added graphics, but KCPD denied the request.

According to police, officers were called to the gas station two hours before the incident caught on camera around 11 p.m. on Wednesday night. Robertson and the pregnant woman were in the street, but no arrests were made at that time.

Several dozen people later gathered in the gas station's parking lot and it appears there was some shoving among the group, which led KCPD to be called back to the scene.

While attempting to arrest Robertson, the pregnant woman and others appear to stand in a KCPD officer's way, which is considered hindering an arrest.

Reporter McKenzie contributed to this report.

This story was first reported by Hailey Godburn, Tod Palmer, and Ariel Rothfield at KSHB in Kansas City, Missouri.