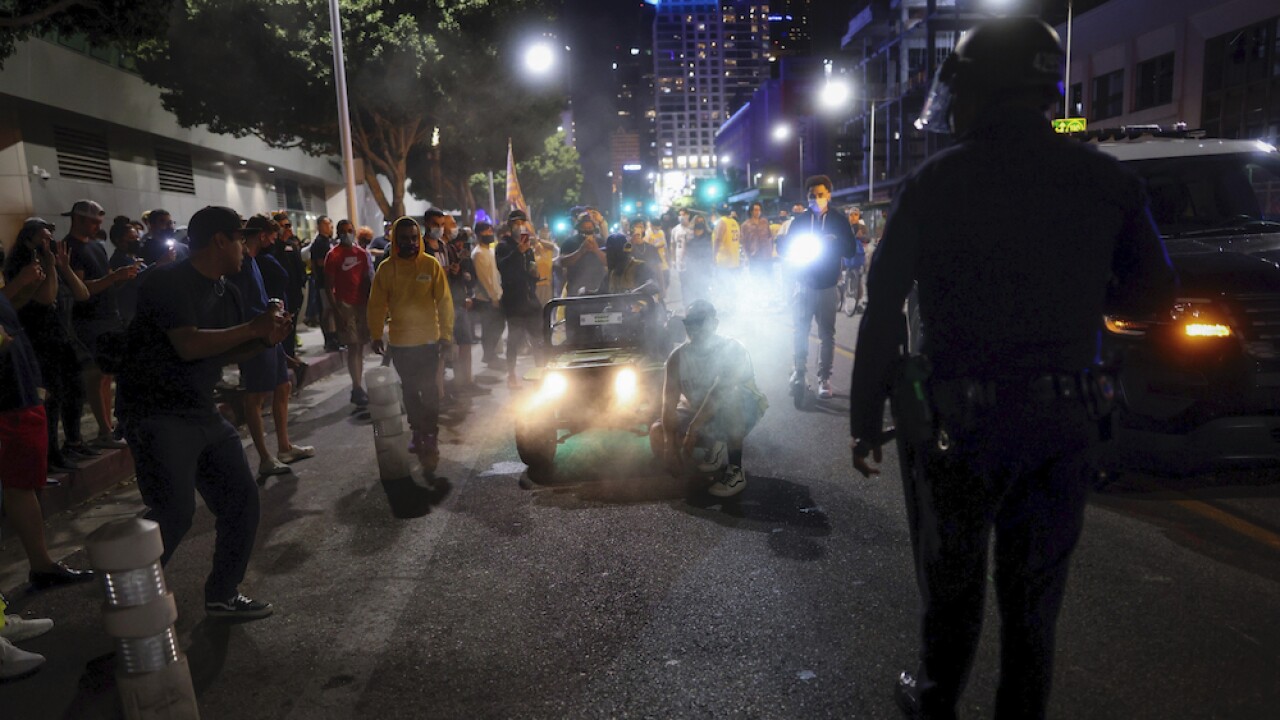 According to The Los Angeles Times and KTLA, one person lost several teeth, and a second person suffered a severe eye injury after being hit with what police described as "less-lethal munitions."

The Lakers clinched their 17th NBA championship on Sunday evening with a 106-93 win over the Miami Heat. Following the game, hundreds gathered near the Lakers' home arena to celebrate, despite warnings from Mayor Eric Garcetti to not do so to prevent the spread of COVID-19.

While the LAPD reported that celebrations were "mostly peaceful," the department said that eventually, "unruly individuals" joined the crowd.

2 injured by less lethal munitions fired by our officers pic.twitter.com/BZ2nYWHz3c

Police eventually declared an "unlawful assembly," at which point police said a large group of people began "vandalizing businesses," while others "engaged in violent behavior," some of which was directed as police officers. Police eventually fired "less-lethal munitions" into the crowd. The Times identified those munitions as "hard-foam projectiles."

According to The Times, 22-year-old William Gonzalez suffered a severe eye injury when he was hit in the face. Doctors told him the projectile "shattered his eye socket, ripped apart his tear duct and 'exploded' the eyeball itself."

Manny Barrientos, a 25-year-old photographer from Van Nuys, California, told KTLA that he was hit in the mouth with one of the projectiles, causing him to lose eight teeth.

"My lip, it was actually on the floor at one point. A whole little chunk of it was on the floor," Barrientos told KTLA. "I was like, 'no, no, no, please … I'm trying to like get this out of my head right now.'"