Killing of Black man by transit officer being reinvestigated 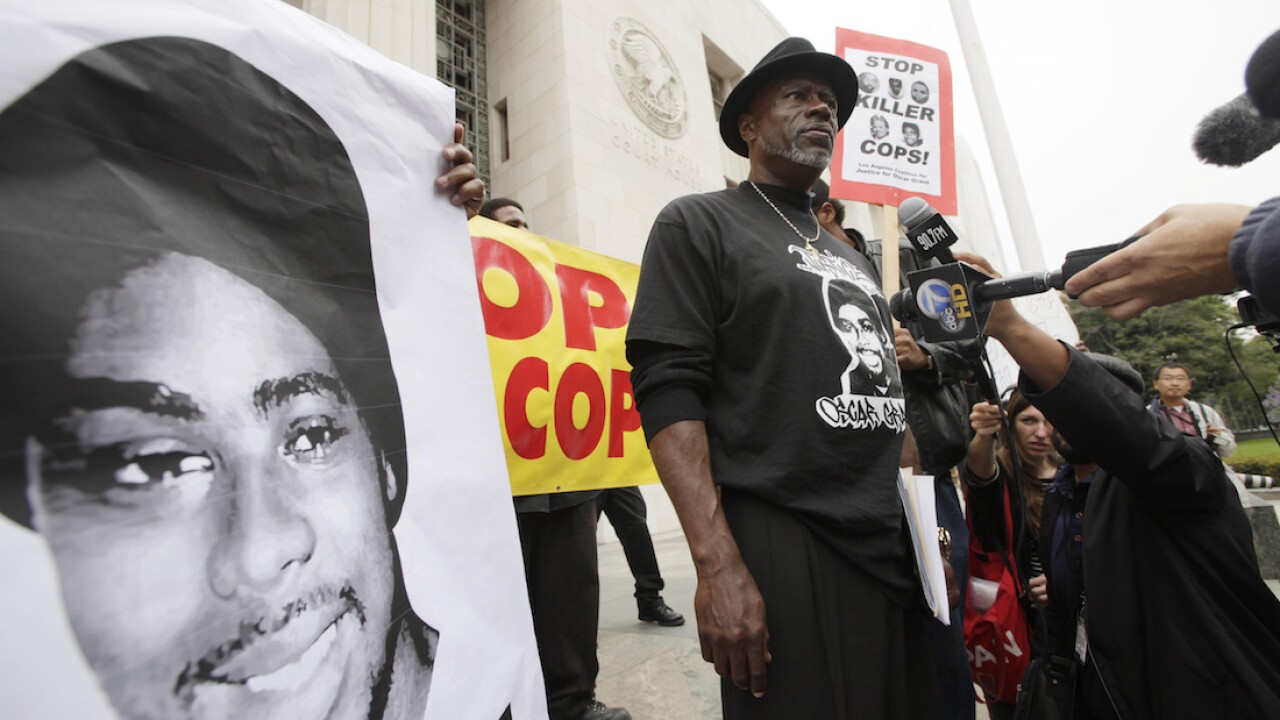 AP2011
Nick Ut/AP
FILE - In this June 13, 2011, file photo, Cephus "Bobby" Johnson stands on the steps of the U.S. District Court building in Los Angeles protesting the release of Johannes Mehserle, the former San Francisco Bay area transit officer who fatally shot Johnson's nephew Oscar Grant. A Northern California prosecutor announced Monday, Oct. 5, 2020, that she will reopen the investigation into the killing of Grant at a train station by a police officer 11 years earlier. Grant, 22, was fatally shot in the back by Bay Area Rapid Transit Officer Johannes Mehserle while he was on the floor of a train station on New Year's Day in 2009. (AP Photo/Nick Ut, File)

OAKLAND, Calif. (AP) — A Northern California prosecutor says she's reopening an investigation into the killing of a 22-year-old Black man at a train station by a transit officer 11 years ago.

Oscar Grant was shot and killed by a Bay Area Rapid Transit officer on New Year's Day in 2009.

The officer was charged with murder, found guilty of a lesser charge, and served 11 months in jail.

Grant's family wants charges to be filed against another officer who pinned Grant down with a knee to his neck in a manner similar to that used in the death of George Floyd in Minneapolis.