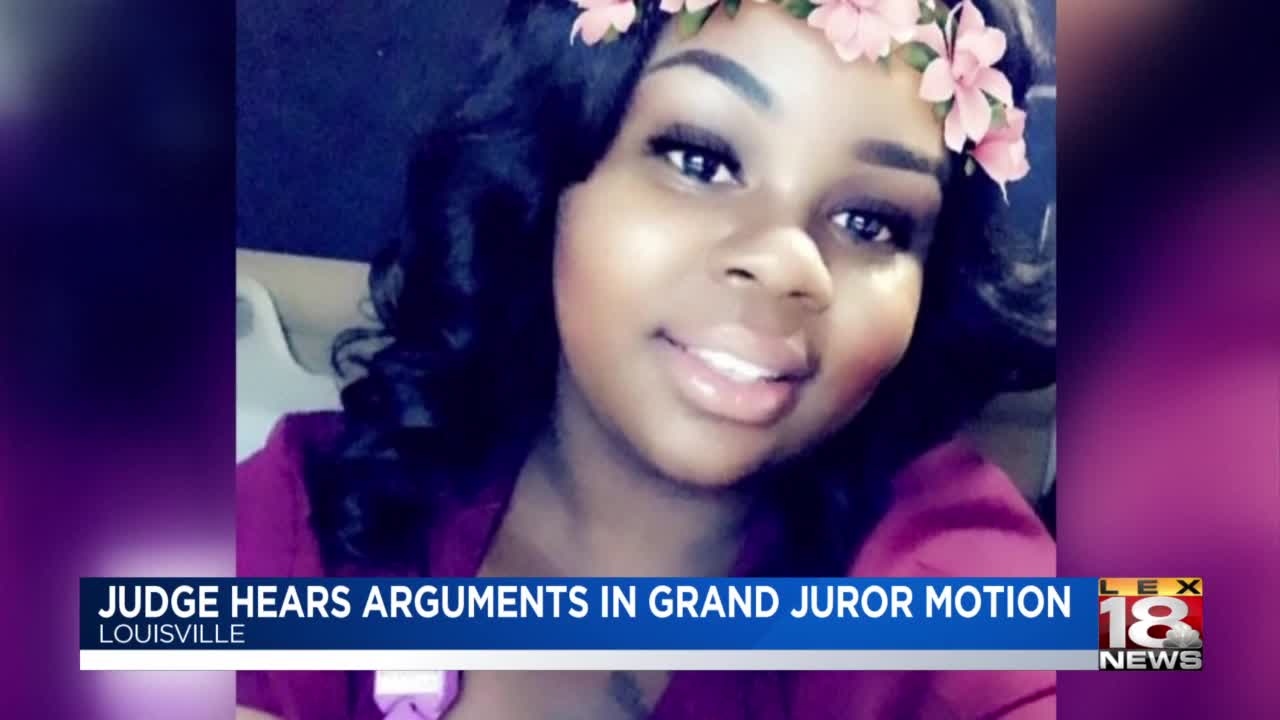 A Kentucky judge said Thursday that she hopes to issue a ruling soon on whether a grand juror in the Breonna Taylor case can speak publicly about the proceedings.

Glogower filed a motion on behalf of his client on Sept. 28, seeking a declaration of rights to "disclose information and details about the process and details of the grand jury proceedings."

In a press conference held the next day, Glogower said his client had concerns about "truth and transparency."

"Our client felt a strong conviction to step up and take action to get all of that information out," Glogower said at the time.

Shortly after the motion was filed, Kentucky Attorney General Daniel Cameron said his team had no concerns with grand jurors sharing "their thoughts on our presentation."

But in a filing Wednesday, his office moved to dismiss the motion because "this type of broad and unchecked disclosure could jeopardize not only witnesses and other grand jurors but also set a dangerous legal precedent for future grand juries."

Cameron's office has also suggested a disclosure by the grand juror could undermine the pending criminal case against former Louisville detective Brett Hankison, who was indicted by the grand jury for wanton endangerment.

"I think one of the problems with getting a fair trial, in a case as high profile as this, is finding a jury pool that has not been tainted by pretrial publicity," Maddox argued Thursday.

"That cat's already out of the bag," she said. "Regardless of whether this grand juror is allowed to speak or not, you would agree that there's already more publicity than most cases like this ever see."

Glogower, meanwhile, argued that Cameron "opened the door" to his client's motion, when the attorney general discussed the details of the case during a news conference announcing the indictment against Hankison, as well as during subsequent cable television appearances.

This story was originally published by Mike Valente on WLEX in Lexington, Kentucky.