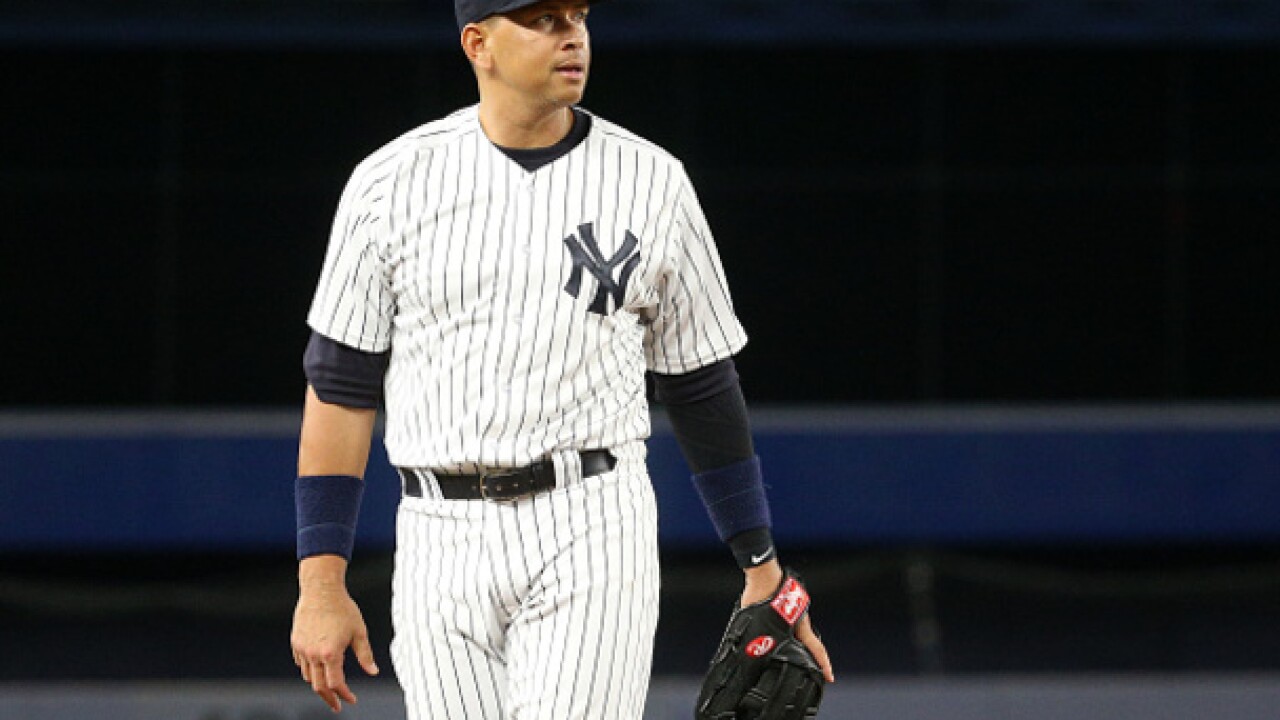 Copyright 2018 Scripps Media, Inc. All rights reserved. This material may not be published, broadcast, rewritten, or redistributed.
Christopher Pasatieri
<p>NEW YORK, NY - AUGUST 12: Alex Rodriguez #13 of the New York Yankees takes the field for the top of the ninth inning against the Tampa Bay Rays on August 12, 2016 at Yankee Stadium in the Bronx borough of New York City. (Photo by Christopher Pasatieri/Getty Images)</p>

(KGTV) - The nephew of baseball star Alex Rodriguez was kidnapped and held for ransom in New York Thursday after a deal involving a Lamborghini, various media outlets reported.

Rodriguez’ nephew, 29-year-old Norberto Susini, met two men at the Marriott Marquis in Times Square to sell them the vehicle, WABC reported. The men then demanded Susini return a $35,000 deposit but he refused.

WABC reported the men then held Susini against his will in a hotel room. They demanded ransom from Susini’s business partners, who called police.

The men turned themselves in at 4 a.m, according to WABC.

Susini is a player in independent baseball leagues. His uncle has not publicly commented on the kidnapping.